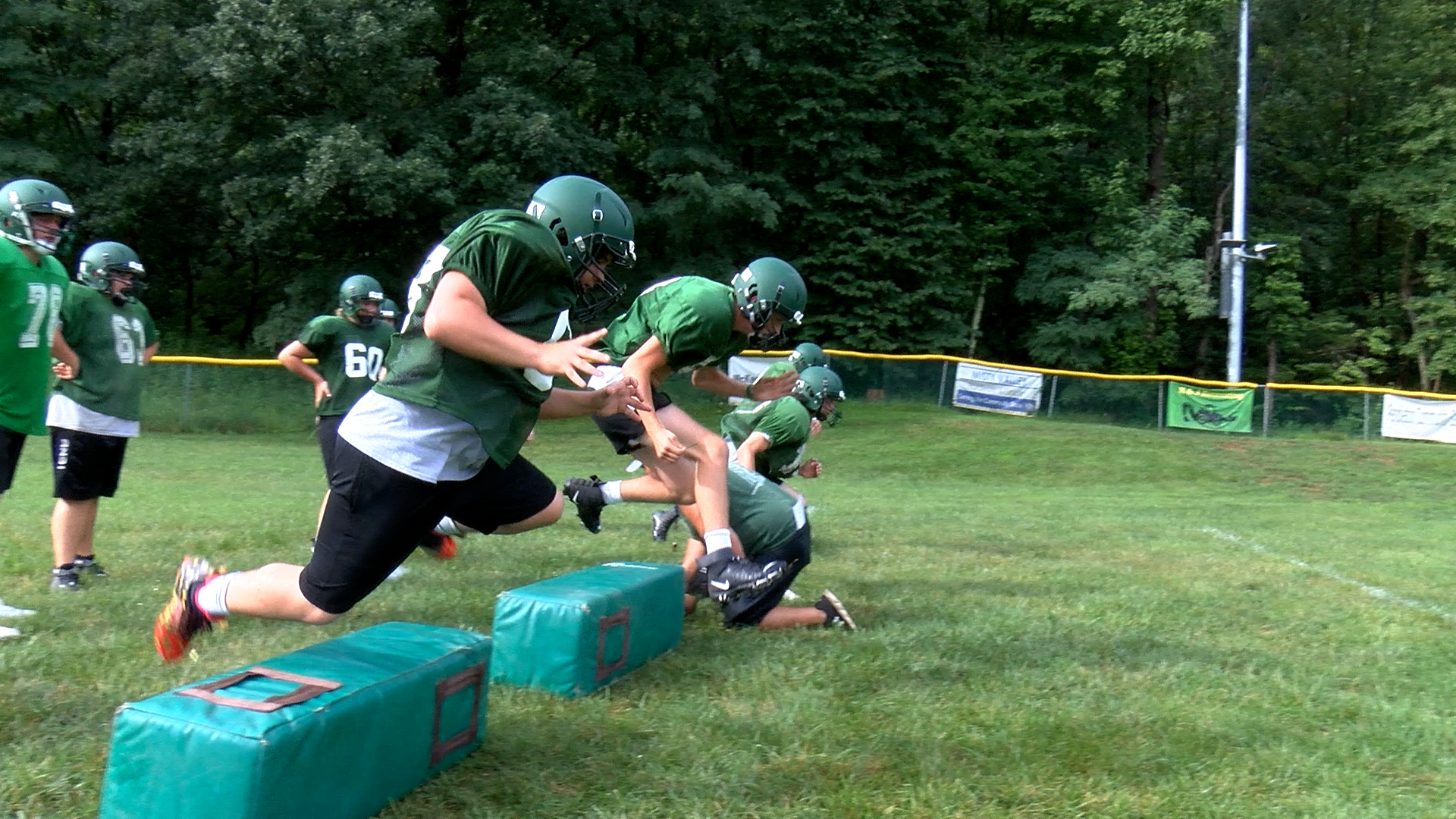 BAKER, W.Va. — East Hardy has missed the postseason just once in the last eleven years and there is every expectation that the boys from Baker can go deep into the playoffs this season. Last year, the Cougars went 10-2 before falling to Class A runner-up Williamstown in the quarterfinals.

“We’re satisfied with what we got out of that group,” said East Hardy head coach Devon Orndorff. “I am disappointed by the ending, obviously. Sometimes you meet a better team and I think we did last year. I think Williamstown was a better team than us and sometimes you just have to tip your hat and go back to the drawing board.”

Senior Mason Miller is back for his second season as the Cougars’ starting quarterback. In 2021, Miller accounted for 2,818 yards and 40 touchdowns through the air and on the ground.

“I am glad he is back because he knows what he is doing. He’s a good leader and tells everyone what to do. He knows where everyone is supposed to be,” said East Hardy senior wide receiver/cornerback Dawson Price.

“He was sitting behind a good quarterback before him in Christian Dove,” Orndorff said. “He learned from Christian’s mistakes and his successes. He absorbed all that like a sponge. Day one of him being the quarterback last year, he was far more advanced than I expected to be. We just built on that. We added some wrinkles to our offense because of his football IQ.”

“He makes my life a lot easier,” Miller said. “I throw the ball up in the air and he catches it and runs for a touchdown. He makes me look good.”

“He is just one of the most physical receivers in the state,” Orndorff said. “There are a bunch of guys like that. Receivers are a dime a dozen right now. We think he is one of the best. But there are going to be a bunch out there just as good as him. His physicality sets him apart. He loves to be jammed. He loves to go up over the top of people. He loves to come across the middle. He loves to play tight end. He loves to block. I will take him any day.”

East Hardy is one of the smallest public schools in West Virginia to field a football team. Players up and down their roster of 32 could be called upon at any time.

“Everybody is preparing with the same urgency that the starters are,” Orndorff said. “We throw them all in the fire on day one. We really try to shock them and let them know that your number might be called week one, week two, ten, eleven, twelve. It could be any time, you never know.”

The Cougars are 4-2 in three playoff appearances under Devon Orndorff. They most recently advanced to the Super Six six seasons ago.