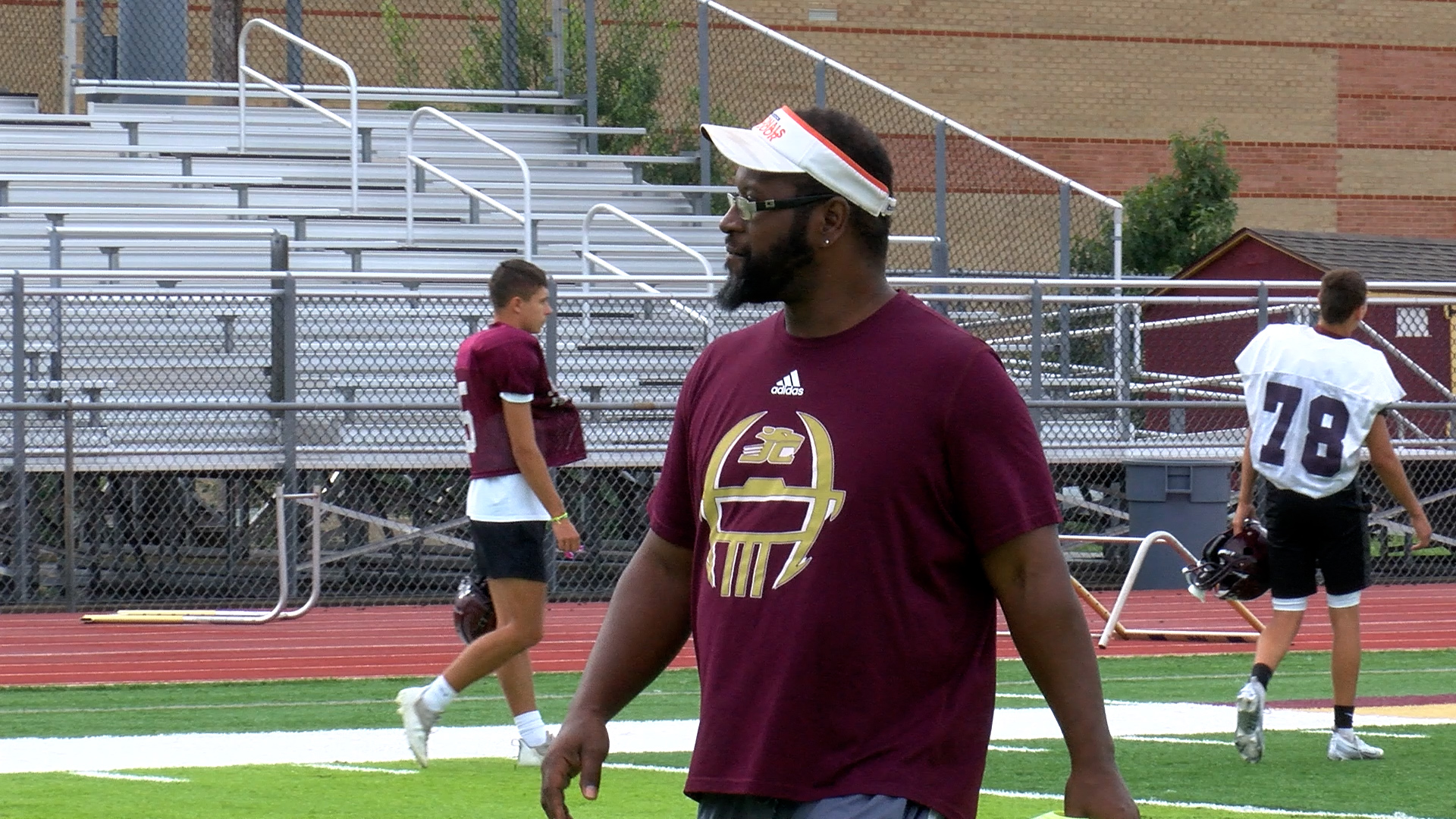 SHENANDOAH JUNCTION, W.Va. — From 2017-2020, the Jefferson Cougars won just eight games. Last season, a mix of talent and experience guided the Cougars to a 10-2 season and their first trip to the quarterfinals in five years. Their only losses came to Martinsburg and Bridgeport.

“We saw the improvements coming. We just needed to make sure everything jelled right,” said Jefferson head coach Craig Hunter. “Last year, everything just really jelled for us. A lot of good kids worked hard in the offseason. Hopefully we can continue that success this year.”

Several of Jefferson’s top skill players return this fall but the biggest question mark comes at the quarterback spot. Early on in training camp, five players were in the mix to replace the recently graduated Sammy Roberts.

“We have two freshmen, a sophomore, a senior and a junior — we have five guys that are competing. We have one that is probably taking an inch step in front of everybody else right now.”

Jefferson’s top three receivers return. They will lead a group that few teams may be able to match in terms of depth.

“Right now we probably go about seven or eight deep. I think they are a very talented group. I have said in our local paper [The Journal], I think they are arguably one of the top five receiving corps as a group in the state.”

Isaiah Fritts caught 40 passes last season and junior Keyshawn Robinson should make a major impact as a receiver and in the secondary.

“Keyshawn is a lockdown corner. Last year in the Hurricane game, they had a tough receiver we were trying to figure out how to guard. Keyshawn just came and asked us, ‘Hey coach, can I just have him one-on-one all game?’ Keyshawn is running a legit 4.3 right now.

In an offense that was nearly 50-50 run-to-pass, running back Evan Tewell found the end zone 14 times and he rushed for 1,095 yards.

“He’s got good feet and good balance and he will run with power. Having Evan back again this year is helpful.”

For the Cougars to remain competitive and continue to climb the ladder in Class AAA, Craig Hunter says one ingredient is key.