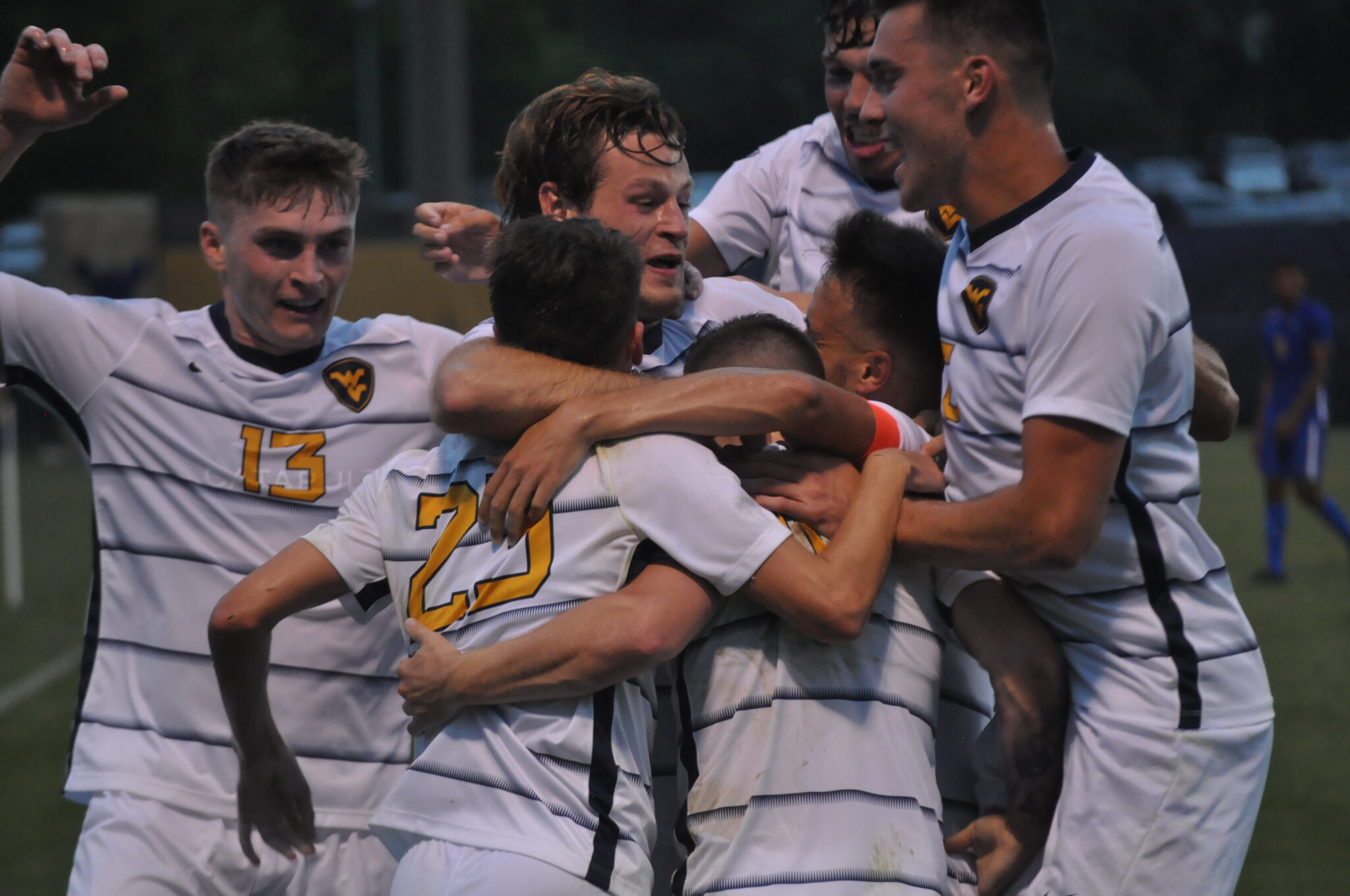 West Virginia celebrates during its win over Pitt. Photo by Greg Carey/WVMetroNews.com

Ahead of its first season as a member of the Sun Belt Conference, West Virginia’s men’s soccer team has been chosen as the league’s preseason favorite.

West Virginia finished 12-3-6 last season and advanced to the quarterfinal round of the NCAA Tournament.

A year ago, Marshall followed up a national championship season by finishing 11-4-3 and qualifying for the NCAA Tournament, before bowing out in the opening round with a loss to Providence.

Kentucky, which boasts the Sun Belt’s two preseason individual award winners, was chosen No. 3 with 69 points and one first-place vote.

South Carolina is projected fourth with 41 points, while Coastal Carolina and James Madison are slotted in a two-way tie for fifth place with 39 points apiece.

The preseason poll and league honors are voted upon by the league’s nine head coaches.

West Virginia and Marshall both begin their regular seasons on Thursday, August 25. The Mountaineers welcome Robert Morris, while Marshall plays host to VCU.

The Mountaineers and Thundering Herd are set to meet Saturday, September 24 in Huntington.

* Team Expanded Due to Ties in Voting