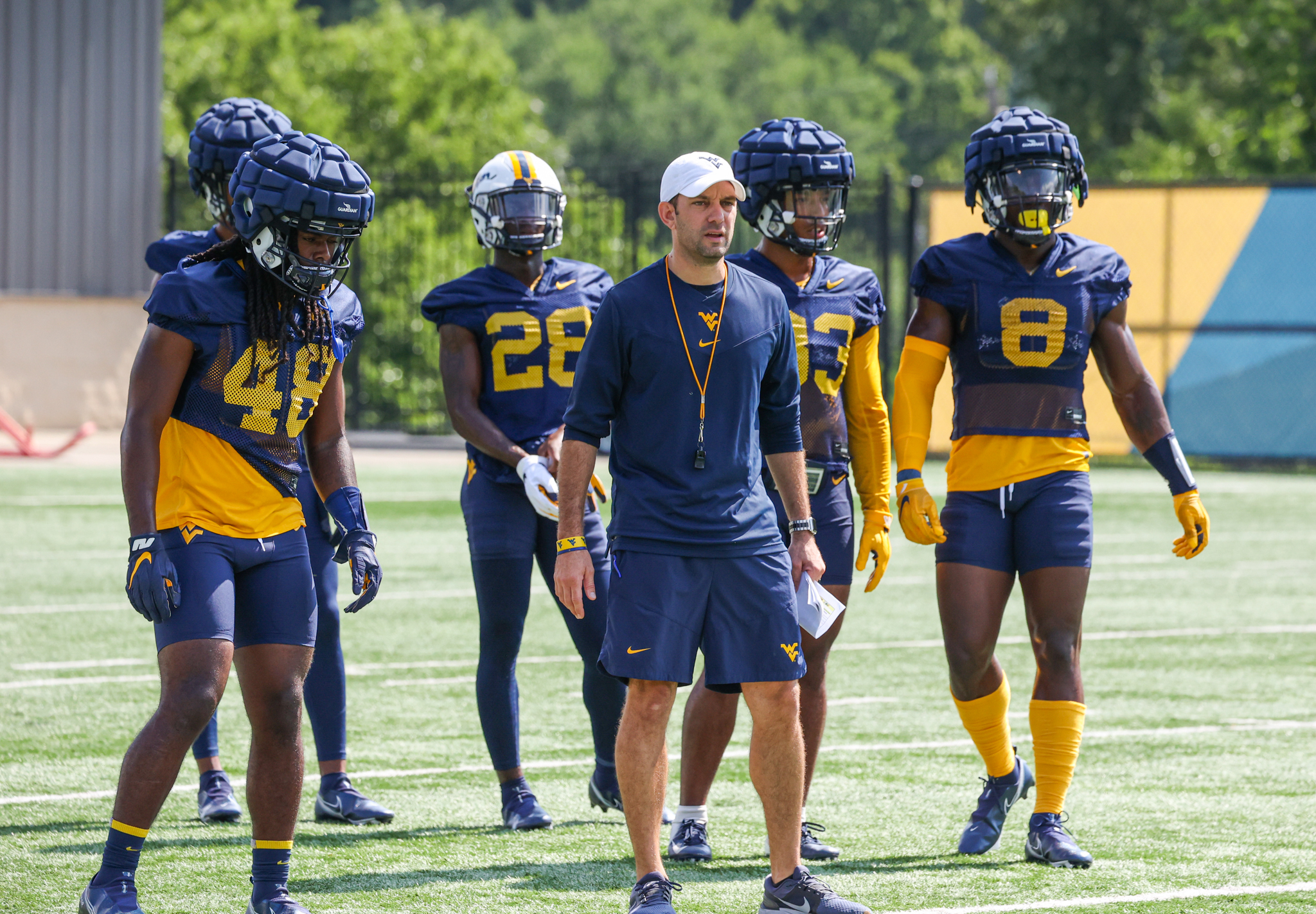 MORGANTOWN, W.Va. — West Virginia special teams coordinator Jeff Koonz is a firm believer that few, if any, college football programs value special teams as much as the Mountaineers.

“We invest as much time on special teams as anybody in the country and I believe that,” Koonz said. “Our entire team understands that.”

Ahead of his third season in charge of the Mountaineers’ special teams, Koonz is hopeful an extra emphasis on special teams pays off in a big way for the WVU units associated with the third phase of football.

“With special teams as a whole, we made a lot of progress this summer,” Koonz said. “All of our newcomers, whether they be transfers or high school kids, we put them through a crash course through offseason agility and summer work that we did and got them caught up on what we call our Mountaineer techniques — all the techniques associated with special teams that are interchangeable within the units. Really excited about the group we have.”

Kicker Casey Legg returns and has proven to be a reliable weapon for the Mountaineers. Legg was a Lou Groza Award semifinalist last season, when he connected on 19-of-23 field-goal attempts and made all 35 point-after kicks.

Over the last two seasons, Legg is 24-of-30 on field goals. He’s never missed an extra point in 51 tries as a Mountaineer.

Yet Legg’s primary responsibility is scoring and he hasn’t handled kickoffs for much of his college career. Last season, he was responsible for 13 of the team’s 68 kickoffs, while the since-departed Evan Staley kicked off 50 times.

In an effort to increase that number, the Mountaineers added Florida State transfer Parker Grothaus, who accounted for 89 touchbacks on 167 kickoffs over three seasons as a Seminole.

“Parker has shown why he’s been able to kick at this level in the Power 5 setting, and we’re excited about that,” Koonz said. “It’s going to be a nice addition to our kickoff coverage unit.”

Danny King, listed as both a kicker and punter on the team’s official roster, is also vying for playing time and has gotten reps kicking off.

“Competition brings out the best in everybody and we all know that,” Koonz said. “They’ve embraced that and I’m excited about Danny.“

In addition to Staley finishing his college career in 2021, so, too, did punter Tyler Sumpter.

Sumpter averaged a respectable 43.5 yards per punt in his final campaign and handled all 52 of the Mountaineers’ punts.

That responsibility will now primarily be handled by either McGhee or true freshman Oliver Straw, a native of Melbourne, Australia pushing to be the team’s top punter.

“Ollie Straw and Kolton McGhee have been competing this camp and both have similar skill sets,” Koonz said. “Ollie has done more on the move. but Kolton can do the same movements. They’re going back and forth. Both have shown the ability to really push the field with great hang time. We’ve had more consistent hang time than we’ve had in the past from both of them, so we’re excited about that and looking forward to seeing where the rest of this week takes it.”

The decisions of former WVU wide receivers Winston Wright and Isaiah Esdale to transfer this offseason left a void at punt returner and kick returner, respectively. Esdale was responsible for 13 of the team’s 19 punt returns last season, while Wright handled 23 of 27 kickoff returns.

Wide receiver Sam James factors into the mix at both return spots. Fellow wideout Graseon Malashevich has limited game experience as a return man and Jeremiah Aaron, a wideout WVU added from the junior college ranks, could also factor into the mix.

Koonz made it a point to note that he believes the Mountaineers “will be explosive in their return units” and believes much of it has to do with those responsible for creating running lanes.

“That’s just not a returner comment. We have a lot of guys that we can put back there that we’re excited about, but with what we’ve done on the back end of our kickoff return unit, the continuity with our back line and how they’re setting up on blocks, I feel really confident in them in a multitude of different schemes,” Koonz said. “With our punt return unit and how it’s tying into our punt return phase, I feel like the understanding of what we’re trying to accomplish is the highest it’s been in three years.

“We’re going to be more athletic, even on the front, and more depth with athleticism on the front line helps where those blocks are occurring in space. You have a chance to be really explosive when you can make those blocks in space.”

Regardless of who ultimately handles the bulk of West Virginia’s kickoff and punt returns, Koonz feels the success of both units largely falls on players adhering to the techniques that have been drilled into their heads countless times.

“At the end of the day, we’re going to be a technique unit on special teams,” Koonz said. “I can draw it up in the dirt, but if I can tell a kid, ‘Hey, you have to get to this yard line and use this technique’, he should be able to execute it. We would never do that, but that’s an example. The schematic part of it is really irrelevant if you have everybody working, doing the same techniques and doing exactly what they need to do within it.”