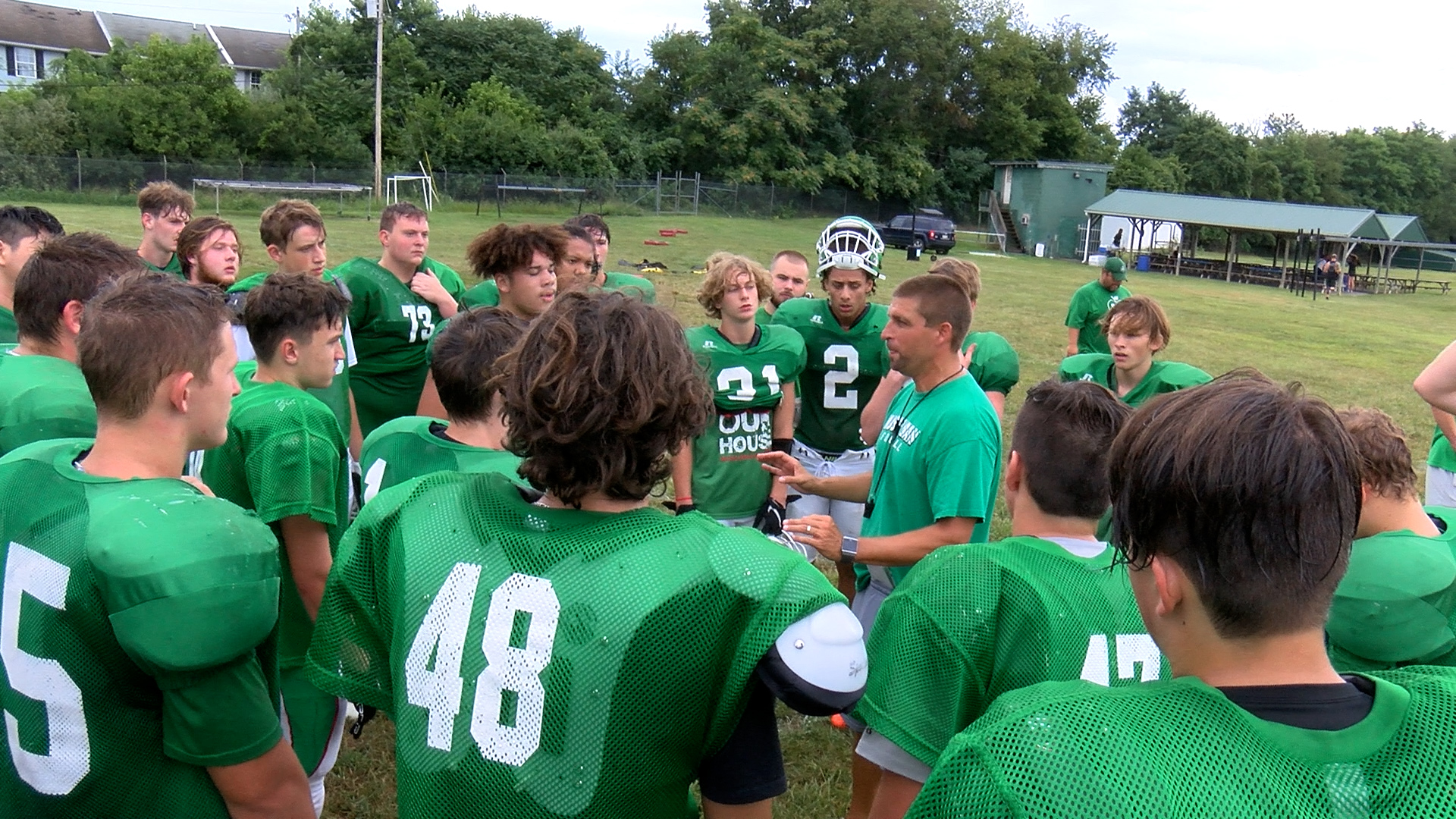 INWOOD, W.Va. — With 22 new starters on the field and a number of midseason injuries, Musselman endured their first losing season since 2009 last fall. The Applemen went 3-7 and missed the playoffs for the first time in seven years.

“We had five straight years where we were in the top five and we kind of consider ourselves one of the top teams in the state. Last year to go 3-7, that’s just not acceptable,” said Musselman head coach Brian Thomas. “Having said that and not making excuses, we had some injuries to some key spots that we lost last year.”

Musselman welcomes back an experienced roster at a number of positions. That includes quarterback where senior Bayden Hartman is back for his second season under center.

“Bayden is one of the best players in the state and I don’t think a lot of people talk about him. I call him Brett Favre sometimes. He is not really flashy. He just kind of does his own thing, which is good as long as he operates within the box that we give him. He makes some off-platform throws. We run the read option with him so we put a lot on his shoulders.”

Fellow senior Ray Adames should be a factor at receiver, in the secondary and on special teams.

“Ray is one of the best receivers we have had in the sixteen years I have been at Musselman. Not just his speed but his strength too, he is a really strong kid. And he is a real coachable kid. He runs good routes. He comes out and works on the little details of his game. There’s no doubt we want to get the ball in his hands.”

Shuffling lineups led to a host of different offensive schemes for the Applemen last year. Thomas expects their traditional run-dominated offense to regain its previous form.

“This year we have Logan Shelton and we have Troy Woolaston who are our two big weapons. You want to spread the ball out and get the ball in those guys hands. But at the same time our run game stuff, it is basic and it has kind of been the same. The kids are pretty comfortable with what we have been doing.”

Players from across three different classes will occupy starting and reserve spots on both lines.

“We are looking at about eight to nine guys that are fighting for spots. It is a good mix. I think we have, out of those nine guys, I think we have three seniors, three juniors and three sophomores.”

Last season, the Applemen lost three games by six points or less. Thomas is hoping that his team can respond better to challenges this season.

“Last year we struggled with a little bit of adversity. We got in some close games where we could have made some better plays and we kind of didn’t make those finishing plays.”