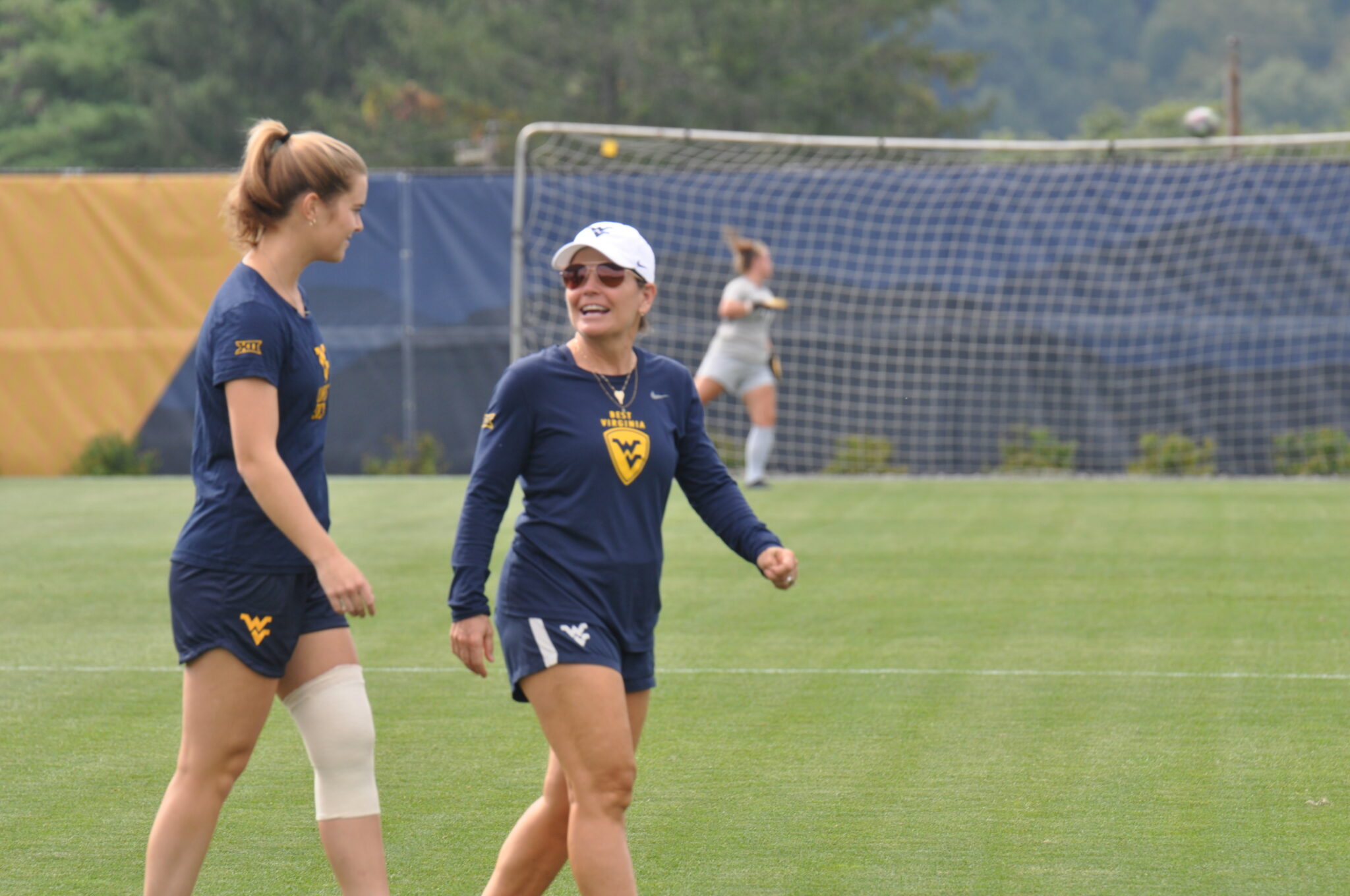 For the first time since 2000, the Mountaineers enter a campaign without coming off an appearance in the NCAA Tournament from the previous season.

WVU finished a respectable 10-5-5 a year ago, but missed out on its 22nd straight appearance in the NCAAs.

To some extent, Izzo-Brown believes that provides a measure of motivation for the Mountaineers, who begin their season at 7 p.m. Thursday by welcoming Indiana to Dick Dlesk Soccer Stadium.

“There has to be a fine line of balance, because some of the kids really feel it, and some of the new kids don’t,” Izzo-Brown said Tuesday as a guest on MetroNews Statewide Sportsline. “I make sure we understand what this team’s standard of excellence is and we can’t fall below that. Most of this team, especially the upperclassmen, came here to win championships. By not doing something great last year, I know that’s haunted them a little bit.”

West Virginia has never finished with a losing record in 26 seasons with Izzo-Brown serving as head coach, and if preseason projections prove accurate, that won’t be the case again in her 27th go-around.

The Mountaineers were slotted third in the 10-team Big 12 Conference when the league released its annual preseason poll Tuesday. West Virginia garnered 60 points and one first-place vote and came in directly behind No. 2 Texas and favorite TCU. The Horned Frogs won their second straight Big 12 regular season title and first Big 12 Championship in the postseason. They’ll again look to live up to high expectations after claiming 78 points and seven first-place votes.

“With TCU, you had to really look at them closely and go, ‘OK, they have a lot of people returning.’ They have a great team,” Izzo-Brown said. “They did so much damage last year and then of course Texas. I went with those two.

“It’s fair to put us somewhere in that mix and as you know, the only goal is No. 1 at the end of the year. I’d love be ranked ninth. It adds a little bit more motivation. But I’ll take third. It gives us enough room and motivation to keep moving the dial.”

Standout defender Jordan Brewster was chosen to the preseason all-Big 12 team. The fifth-year senior has been a first-team all-Big 12 honoree each of the last two seasons and Izzo-Brown is hopeful a special final season is in store for the North Canton, Ohio native.

“She’s so good at what she does that she can help in another piece,” Izzo-Brown said. “First and foremost, I want her to be a national champion at her position and kind of move out if need be.”

As a whole, Izzo-Brown likes what she’s seen from her squad in the lead-up to the opener against the Hoosiers.

“It’s been very complicated, which is what we want as a staff, because we have a lot of different tools and depth,” she said. “When you have tools and depth, it’s great problems to have, where last year we had the injury bug and a little bit of the covid bug. My hope is that neither one come around and they stay very far away from us, but the grit, focus and hard work has definitely been something the team has controlled, so it’s been good.”

The veteran coach is hopeful her team will pack more of a scoring punch this season after the Mountaineers managed only two goals over their final five contests last fall.

“All spring long, we did everything and finished everything with intentionally thinking or promoting activity around the 18-yard box in our final third,” Izzo-Brown said. “You can see us technically striking the ball this way or this way. If we’re doing a passing pattern, it ended with some type of finish in a small goal or big goal and some type of activity or exercise where we’re in front of two goals. We really were mindful of making sure that the confidence and composure pieces we can control in the spring happened.”

The first challenge against the Hoosiers will be a formidable one, particularly as it pertains to score against Hoosiers’ goalkeeper Jamie Gerstenberg, a member of the Big Ten all-Freshman Team last season.
Indiana is coming off a 9-5-4 season and seeks a marquee victory to start the 2022 campaign in a match that will air on ESPN3.

“The program is built up. It’s going to be a very exciting game,” Izzo-Brown said. “They have a few goal scorers that we definitely have to eliminate. Their goalkeeper is from Germany and she’s very good, so we’re going to have to be laser focused around the net.”