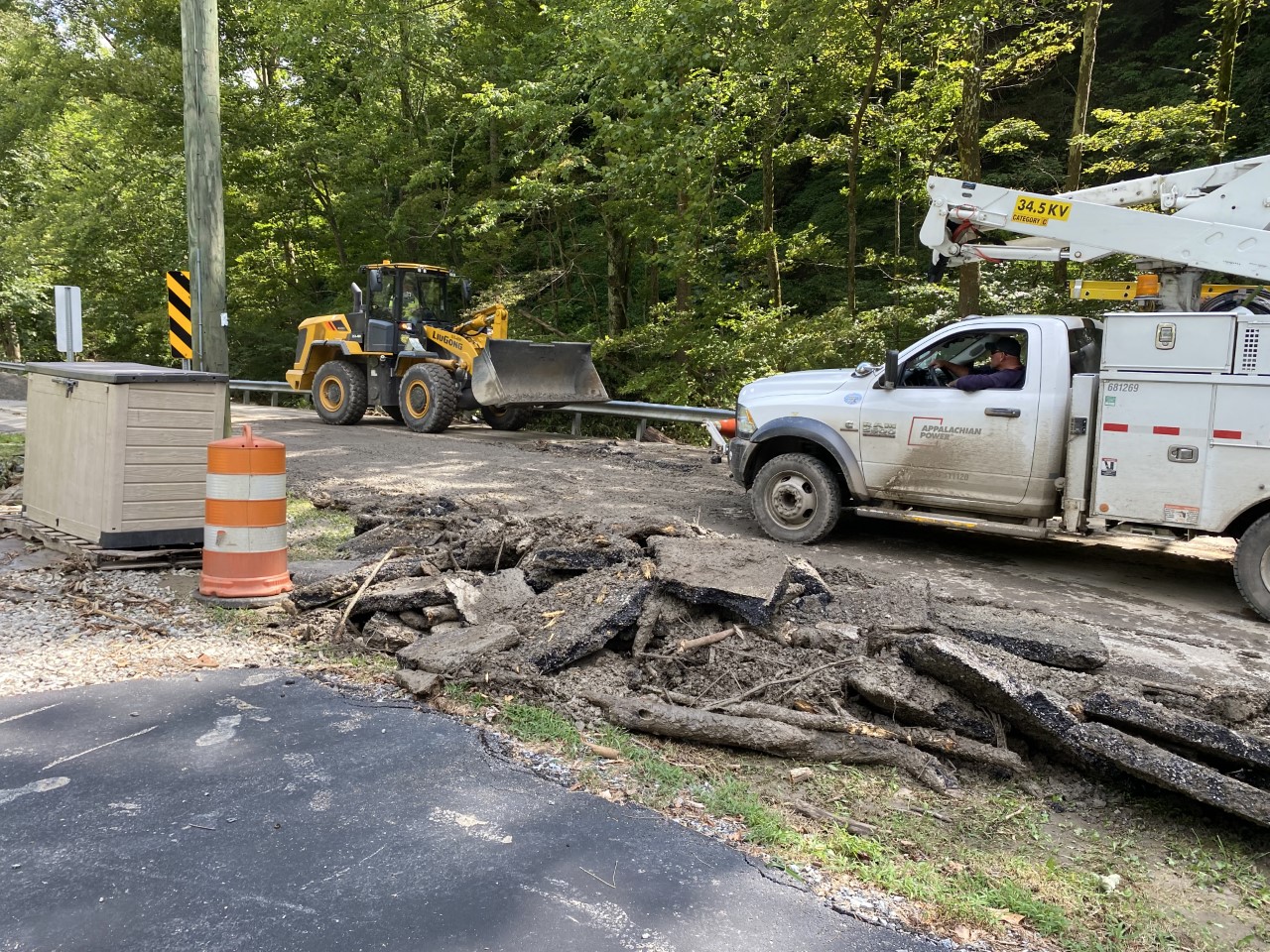 CANNELTON HOLLOW, W.Va. — It appears damage to state-maintained roads and bridges in Monday’s flash flood in Kanawha and Fayette counties will total more than $1 million.

“We’ve think we’ve looked at just about every road in the state highway system in that area and we’re coming up with a preliminary estimate of about $750,000 to $850,000,” Moore said during an appearance on the state Department of Transportation’s ‘On the Dot’ podcast.

“We have several embankment failures. That road kind of parallels the creek and the creek washed out some of the roadway embankments and took out the shoulder and in at least two cases took out part of a lane. So we will be up there putting rock in those areas and rebuilding the road and the road embankment,” Moore said.

The DOH will have to construct a new bridge on Carbondale Road, which is off of Cannelton Hollow. The former bridge was destroyed in the flood. Crews were expected to finish a temporary causeway Wednesday afternoon. Moore said they’ll use materials that were scheduled to be used on another bridge project in the district to build a new bridge there.

“It was very handy and convenient that that structure is approximately the same size as this one that just failed,” he said. “What we’re going to do is delay a project that we had scheduled, use those materials and move over to this Carbondale Road bridge and get it put in as quickly as we can.”

“Several of these folks are elderly,” Cavalier said. “They (the volunteers) are taking them food, water, cleaning supplies and are picking up any prescriptions that might need to be filled.”

DOH crews from Fayette and Nicholas counties continued efforts Wednesday to remove rocks and mud from Routes 16/39 between Gauley Bridge and Belva. Moore said the highway was scheduled to reopen Tuesday evening but a heavy storm moved through and because of culvert damage from the previous flash flood there was nowhere for the water to go.

The DOH has upwards of 70 workers on the flash flood repairs. Moore said there are going to be some long, hard days.

“I keep trying to remind the folks that this is a marathon, it’s not a sprint. We need to be mindful and take care of our crews also while still trying to get as much done every single day as we possibly can,” Moore said.