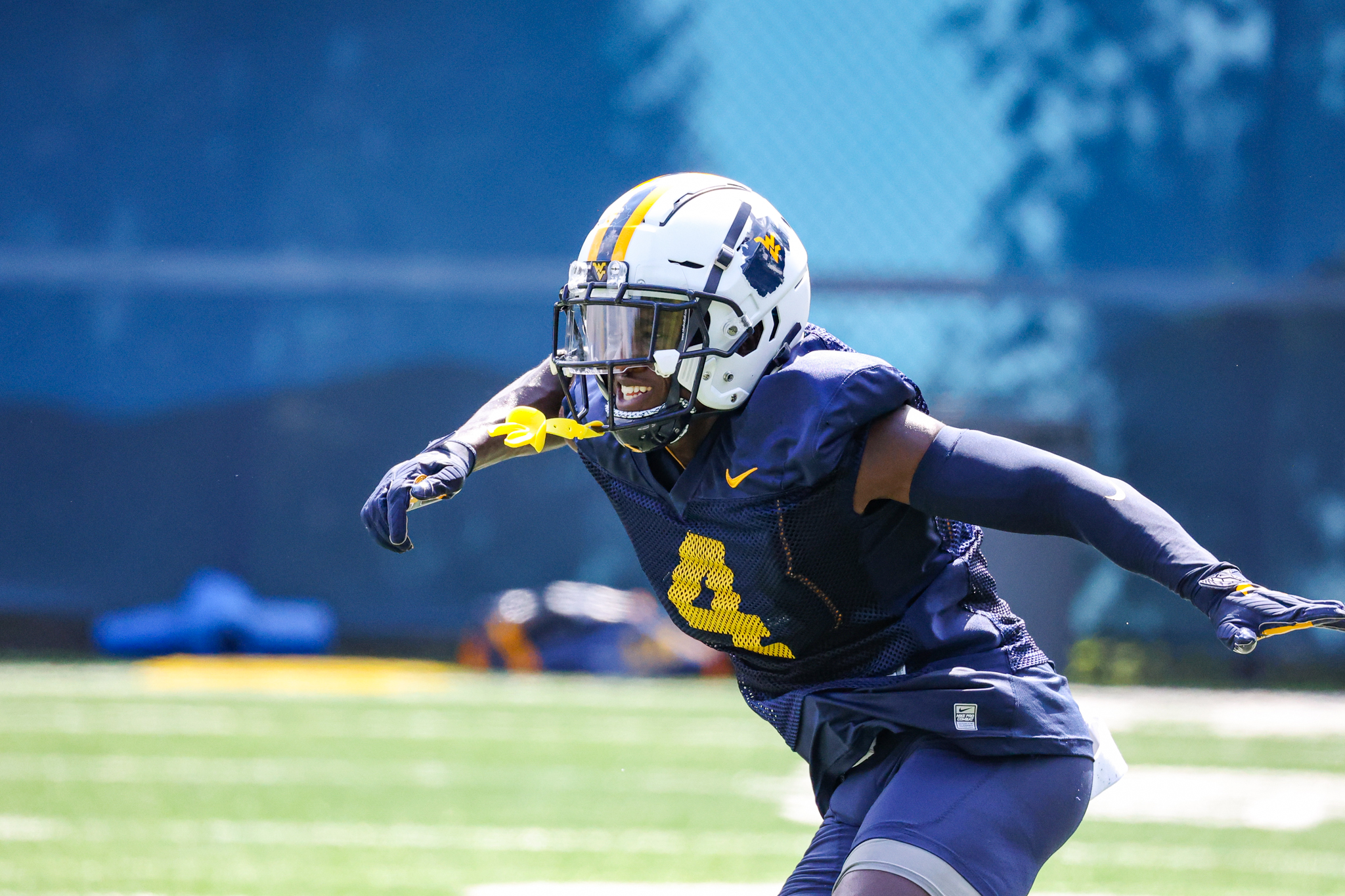 MORGANTOWN, W.Va. — It all came about quickly for Rashad Ajayi.

Two weeks after he entered the NCAA Transfer Portal in early May, Ajayi made the decision to use his final year of college eligibility at West Virginia, joining a program in need of veteran defensive backs.

“I wanted to be somewhere before summer started,” Ajayi recalled. “It was a quick decision for me.”

Ajayi credits West Virginia defensive backs coach ShaDon Brown for helping sell him on the Mountaineers, and although he also took a visit to Cal, the Atlanta native was all in on WVU after visiting Morgantown.

“There were a lot of teams trying to get me to come and look at the place, but coach ShaDon seemed very genuine over the phone, so I wanted to come out and see how it was in person,” Ajayi said.

Having only worked with the team throughout summer and over the first three weeks of preseason camp, it remains to be seen how heavily Ajayi factors into the defensive game plan in two weeks when the Mountaineers open their season at Pitt. Considering, however, that West Virginia lost both starting cornerbacks from the 2021 season opener as well as versatile defensive back Jackie Matthews to the transfer portal, Ajayi at the very least has a chance to be a key player on the back end.

Thus far, Ajayi’s acclimation to West Virginia has included learning more zone schemes than what he was accustomed to during his time at CSU, which spanned 2018-2021.

“Coming from Colorado State, I played played a lot of man coverage — probably 80 or 90 percent of the snaps, I was in press man,” Ajayi said. “Here, I have to play off more, look at more things, more key zones in my zone coverages. That’s probably the biggest adjustment I have to make learning this new defense and getting comfortable.”

“It’s never really a challenge learning, because I want to learn,” Ajayi said. “It’s kind of fun getting a chance to learn a new defense.”

Perhaps the transition to West Virginia has been made easier for Ajayi after some of what he experienced at Colorado State.

In addition to playing for two head coaches — Mike Bobo and Steve Addazio, the latter of whom was fired last December — the university conducted an investigation into allegations of racism and verbal abuse within the athletic department and football program in 2020.

“I was cool with all my teammates, all the staff and academic staff, too,” said Ajayi, who noted he never saw or experienced any of what was looked into. “I felt like I was always adjusted, but there was always change and a lot going on these past four years.”

Even with constant change and off-the-field distractions during his time at CSU it wasn’t easy for Ajayi to leave behind his former school.

“It was very difficult to leave. I’d built a lot of trust and friendships out there with teammates and coaches,” he said. “But they had a coaching change and felt like they needed to find a new guy to do the job that I was there to do. Finding a new place for my last year was kind of challenging, but it’s been a good turnaround for me.

“I love the people here and my teammates. I’ve already built a lot of great relationships. My coaches are great, so it’s been very good.”

Now he’s hoping to show he can measure up while playing at a higher level in his final season of college football.

“I always saw myself playing at a Power 5 school. I never received an official offer from West Virginia out of high school, but it was always a place of interest for me,” Ajayi said. “Especially growing up watching Tavon Austin play, he was just crazy. Watching him, I was like, ‘I wonder what it’d be like to play at that school or that level.’”

Ajayi will have his answer soon enough.