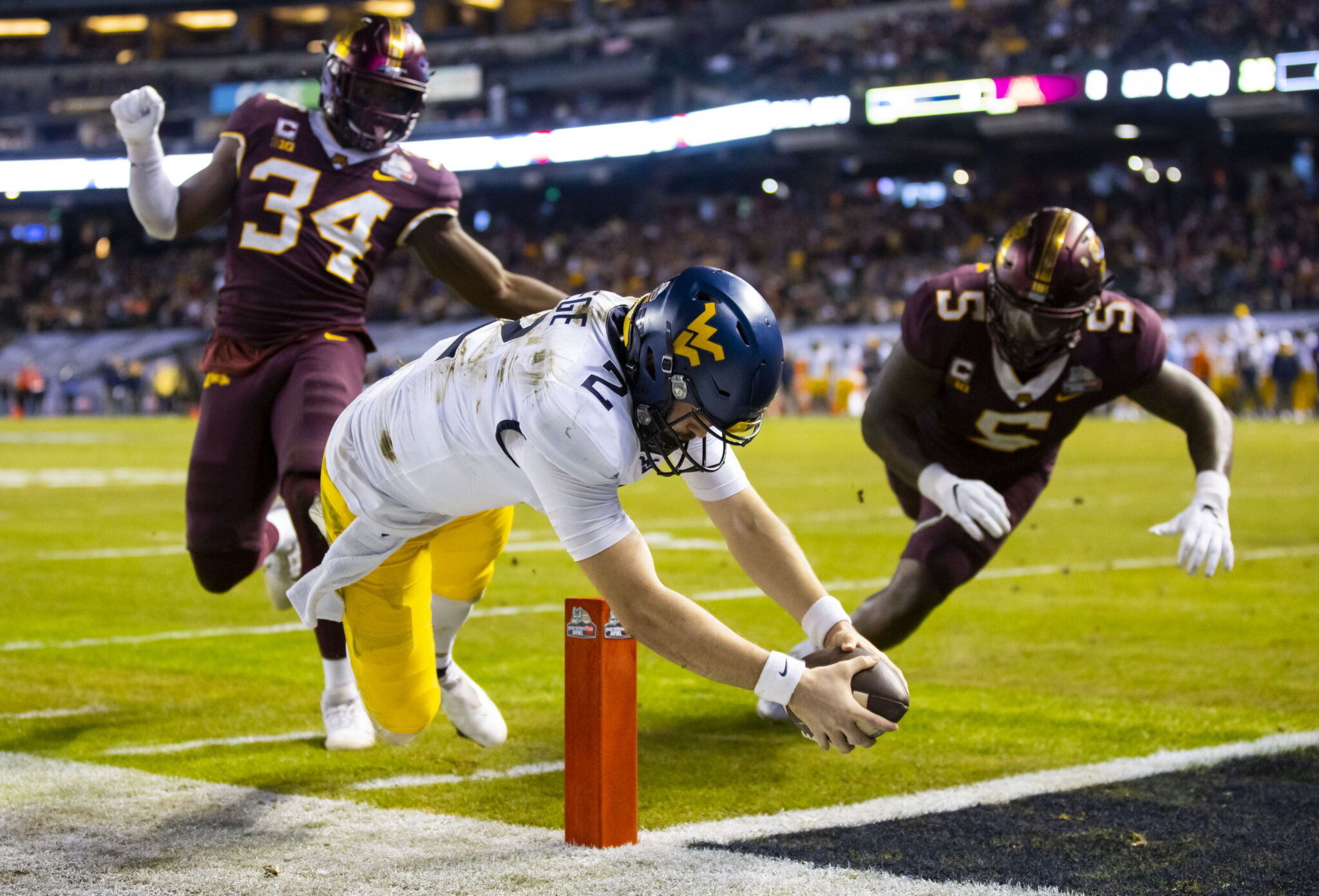 MORGANTOWN, W.Va. — Four days after leaving Western Kentucky, Jarret Doege has found a new home at Troy University. Doege is officially listed on the roster at Troy and he reportedly practiced with the Trojans on Thursday afternoon. WVU head coach Neal Brown recently led the Troy program in 2018.

In addition to Doege, six other quarterbacks are listed on the Troy roster. Five are freshmen or redshirt freshmen.

The WVU transfer was competing with West Florida transfer Austin Reed for the starting QB job.

Doege started his college career at Bowling Green in 2017 and played two seasons with the Falcons. In 2019, Doege transferred to West Virginia and he played in four games that season. By playing in just four games, he preserved a redshirt season. Doege emerged as the starting quarterback in 2020 and he held the job for two seasons. He left WVU for Western Kentucky in January.

Doege was in a battle with West Florida transfer Austin Reed for the starting spot at WKU. Doege has one season of eligibility remaining as a graduate transfer.

In his five-year college career, which included the COVID-related free season of eligibility of 2020, Doege has passed for 10,494 yards with 79 touchdowns and 34 interceptions.