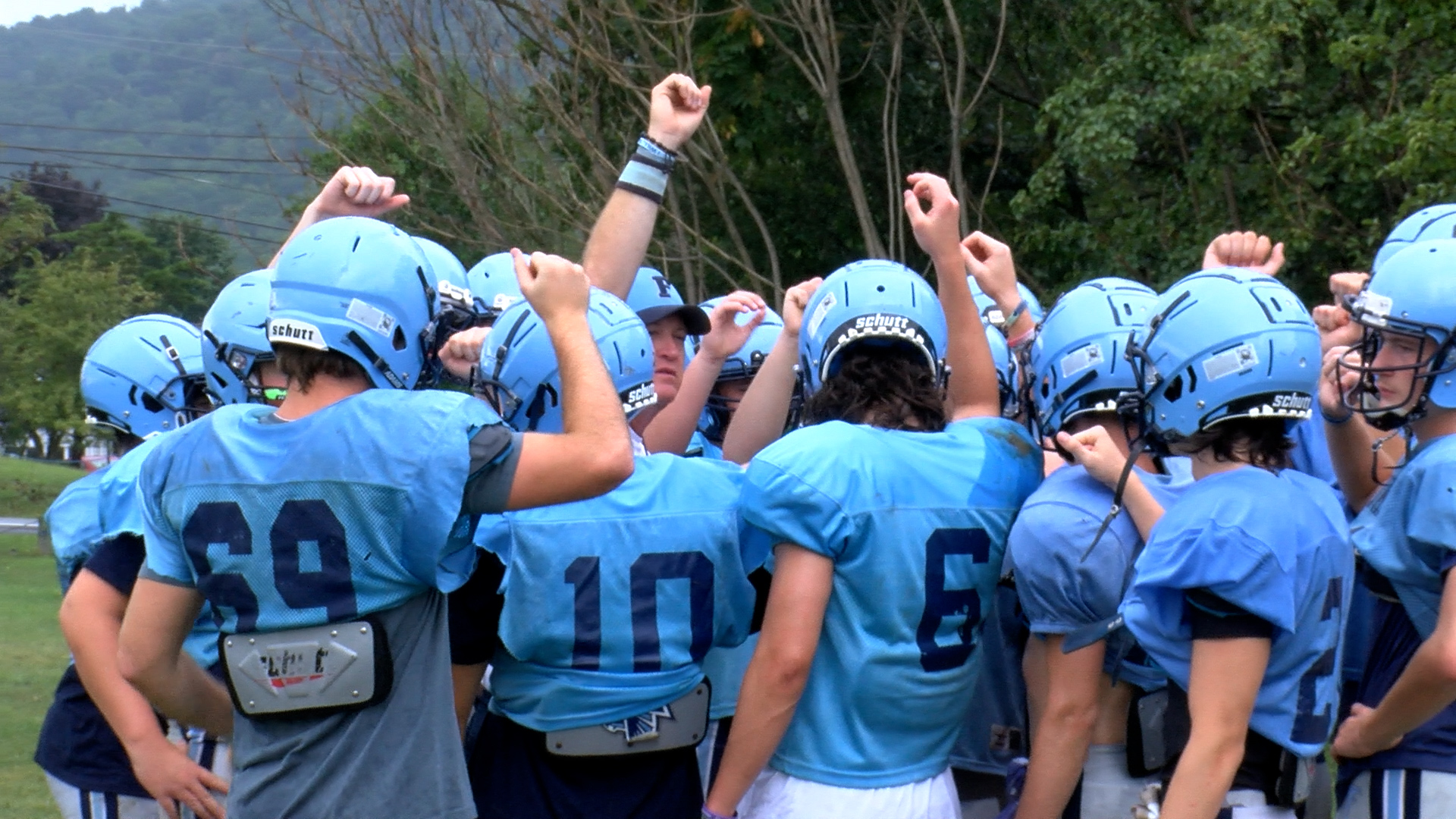 SHORT GAP, W.Va. — In his second stint as Frankfort’s head coach, Kevin Whiteman has guided the Falcons to a 31-12 record and four playoff appearances. In 2021, the Falcons went through a roller coaster season but they returned to the quarterfinals with a win at No. 4 seed Lincoln. A seven-point loss at Poca ended their season a week later.

“We took it on the chin. We lost to Mountain Ridge and Northern [Md.] and we got beat pretty bad,” Whiteman said. “We then lost a close one to Spring Mills, three in a row. I thought the kids might throw the towel in. But they didn’t. They kept working hard. They had that close win in overtime against Keyser that put us in the playoffs. To get where we did was awesome. We were a play away from being in the semifinals at Frankfort.”

The top priority for the Falcons in preseason training camp is to find new linemen to plug in around senior Chase Snyder. Snyder led the team in tackles for loss and sacks last season.

“He is probably going to have maybe four sophomores on the line with him and a junior. He’s a good boy. He has really accepted the role of a silent leader. He is not someone that is very vocal. But he is leading by example and he is encouraging the other kids and you can see it.”

“The thing I like about him is that he is a dual threat. He can run and he can throw. He is a leader and I have a really good relationship working with him one-on-one the last two years. He has been a starter since he was a sophomore. He is going to do some good things again this year.”

Leading rusher Peyton Clark has graduated. Parker VanMeter will take on an added role in the backfield after rushing for seven touchdowns in 2021.

“He is a strong boy and he is a tough boy. He likes to run the ball. He is good at linebacker but he is definitely going to be one of our main threats and forces on offense.”

The Falcons are one of the smallest Class AA schools in the state but Whiteman says he will put his roster of just over thirty players up against anyone.

“I feel like every year is a challenge regardless. Because we don’t always have a bunch of seniors on our team that had a bunch of experience playing for three years. Every year is a new puzzle. So I like the challenge of trying to put that puzzle together, definitely.”