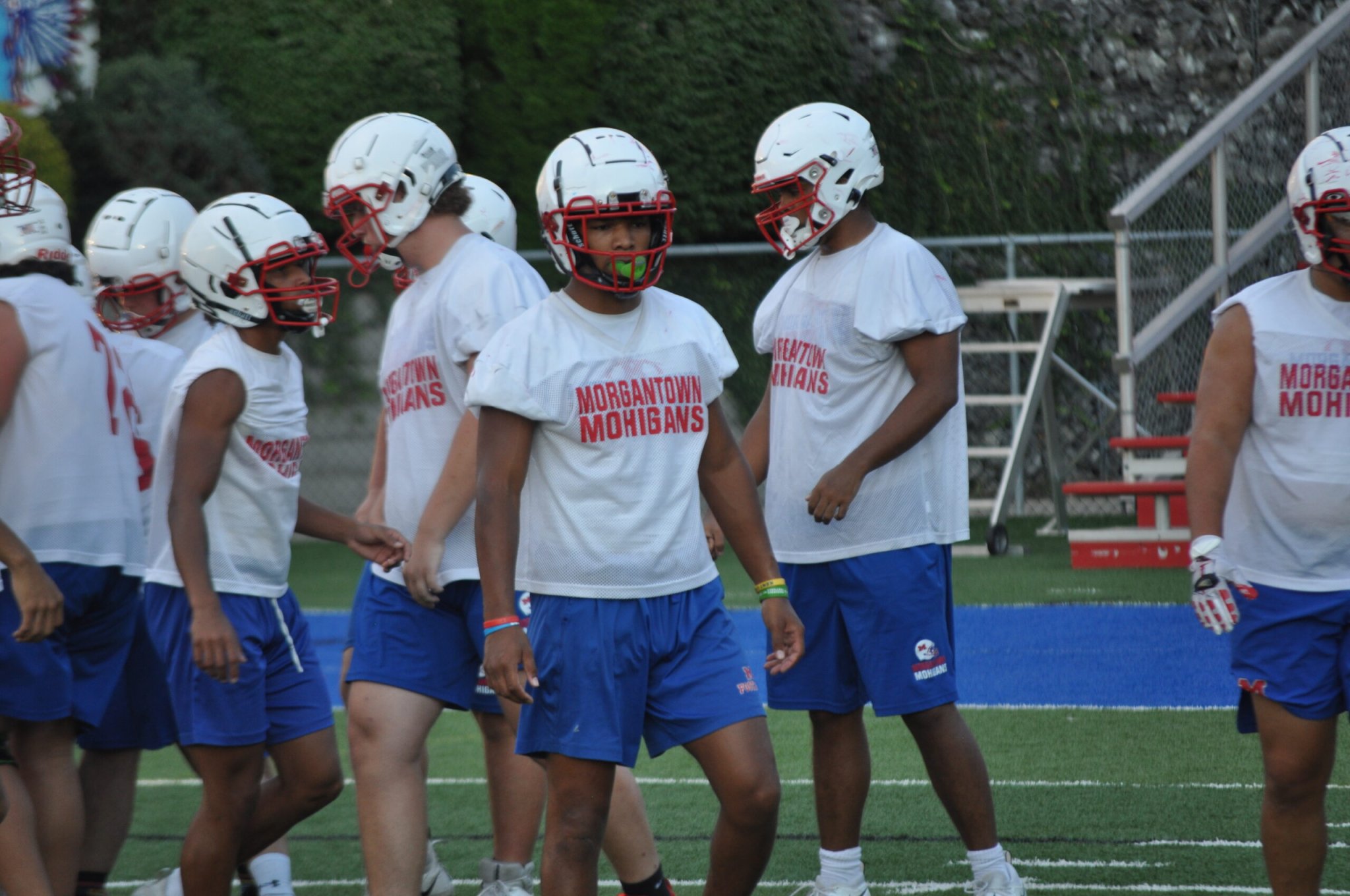 Morgantown's Broderick Washington looks to the sideline for a defensive call during a recent practice. Photo by Greg Carey/WVMetroNews.com

MORGANTOWN, W.Va. — Sean Biser felt Broderick Washington was on his way to having a memorable junior season.

Before he could get to that point, Washington, a key two-way player for the Mohigans, suffered a season-ending knee injury in the fourth game. He still managed to finish that contest, though not in the fashion Washington was hoping to as he was stopped short of the goal line on a two-point run that sealed the Mohigans’ 28-27 overtime loss at Woodrow Wilson.

“He’s had experience, but missing half of last year put him behind just a little bit,” Biser said. “He broke a bone in his knee. He took a helmet hit and it didn’t heal.”

Washington has since fully recovered, and ahead of Thursday’s season opener against South Charleston in The WVSSAC Kickoff Classic Presented by the Health Plan, he has his sights set on a special senior campaign that will require him to stay healthy.

“It was pretty difficult, but all my friends were there for me,” Washington said. “Health wise, I’m now feeling pretty good — fully recovered with no limitations.” 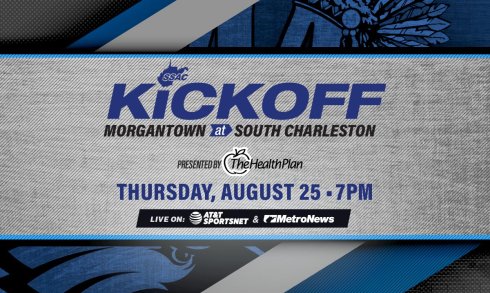 That’s welcome news for Biser and his staff, who rely heavily on the 5-foot-11, 185-pound outside linebacker/running back.

“He’s a physical kid and he likes contact,” Biser said. “He really worked hard to try to put some weight on in the offseason. For him, the biggest thing is to be confident in knowing the playbook and exactly what we’re going to do.”

Washington prides himself on the physicality aspect that comes with being a linebacker, but also likes to think of himself as versatile.

“Whoever is in front of me, I want to keep on pounding them,” Washington said. “I like to stop the run, but I feel I’m good at guarding routes, too.”

After recovering from the season-ending setback, Washington put in extra work in the offseason. In addition to the strength and conditioning program he was part of at MHS, Washington also played in 7-on-7 travel events, though those don’t necessarily best suit his style of play.

“He did a lot of skill development work,” Biser said. “He has a physical style on offense the way he runs. He’s not afraid of contact and he’ll put his shoulder down and try to get those extra yards.”

Washington says the physical approach to football is something he developed at a young age and it hasn’t left him as he’s gone through high school.

“I’ve always had that mentality,” he said. “I just love to hit.”

In addition to displaying versatility on defense, Biser is hopeful Washington can showcase how multitalented he is on offense and perhaps special teams should opportunities arise.

“He can catch the ball really well out of the backfield, which is great for us,” Biser said. “He’s very versatile. He’s on the return teams, but he’s one of our up guys. That can be a good thing. A kid like that in the midrange area, if they want to kick it short, we can put the ball in his hands, so that helps out.”

As Biser enters his third season as head coach at MHS, veterans like Washington should have a better understanding of his expectations and the day to day operations within the program.

In turn, the Mohigans are hopeful it produces better results as they seek a repeat trip to the Class AAA postseason after finishing 5-6 a year ago.

“I’ve grown a lot as a person and the team has grown since he’s been here,” Washington said. “We just have to keep our heads in the game and we’ll do well.”

Sports
Gee cites tough schedule as part of reason West Virginia retained Brown
The Mountaineers were one of two schools to face 11 Power 5 Conference opponents in 2022.
By Greg Carey
WVU Sports
Three Guys Before The Game - Wren Arrives -Mountaineers Miss Musketeers (Episode 423)
WVU's new AD excited to begin his new position.
By MetroNews Staff
Sports
Wren Baker welcomed as WVU Director of Athletics
Baker says the bar needed to be high for him to leave behind North Texas. At West Virginia, he'll look to continue helping people 'grow and develop.'
By Greg Carey
Sports
Herd coaches busy with bowl prep and navigating the transfer portal
A day after Marshall learned it would take on UConn in the Myrtle Beach Bowl, the transfer portal officially opened starting another wave of recruiting efforts.
By Dave Wilson