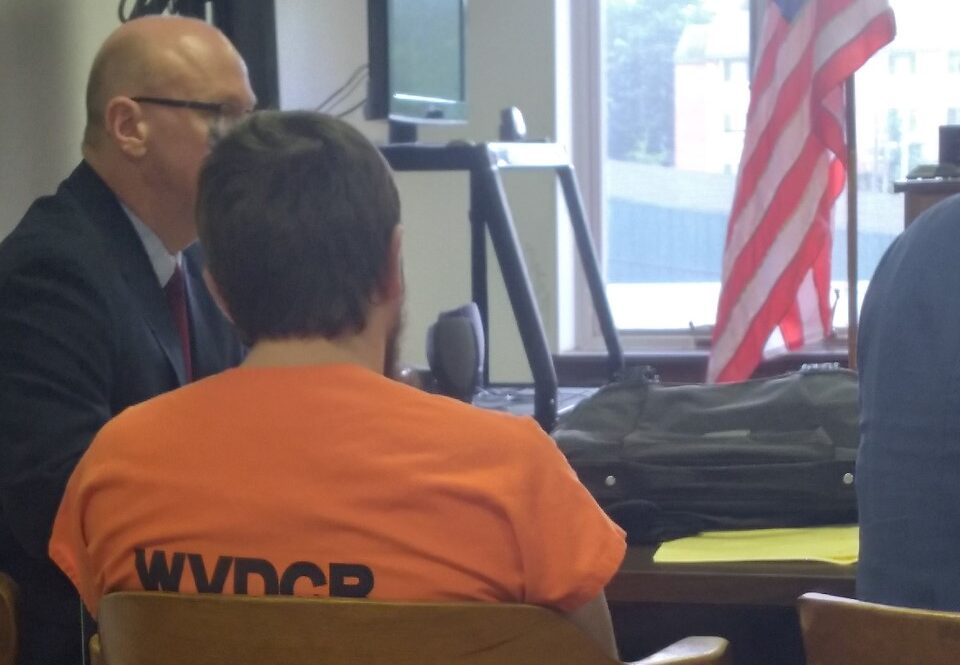 SUMMERSVILLE, W.Va. — A state police trooper testified Monday a Nicholas County man who died during a June 3 shootout with police took his own life during that shootout.

First Sgt. James Mitchell testified during Monday’s preliminary hearing on murder charges against Brent Tyler Kelly of Birch River that Richie Holcomb, who died inside an RV, died of a self-inflicted gunshot wound from an AR-15. Mitchell said the suicide was confirmed by the state Medical Examiner’s Office.

It was bullets from that AR-15 that claimed the life of Nicholas County Deputy Tom Baker during the shootout.

Mitchell testified that evidence shows Kelly had gunshot residue on his hands, face and forehead but under cross-examination admitted he’s not sure if Kelly fired a shot during the two-plus hour standoff.

Under cross-examination, Kelly’s attorney, Robert McCoid of Wheeling, asked Mitchell if he had any information that Kelly fired shots that day.

Mitchell, who was the only witness called by Nicholas County Assistant Prosecutor Paul Williams at Monday’s hearing before Senior Status Magistrate Marva Crouch, testified deputies were called to the Birch River area on June 3 on a domestic call. Mitchell said Holcomb had been upset with family members for cutting off the electricity to a camper he was staying in.

Mitchell said when several deputies arrived on the scene, including Baker, a conversation began with Holcomb, who was wanted on an outstanding warrant on a separate misdemeanor charge, and Kelly. The pair eventually went into Kelly’s RV parked on the property.

Mitchell said a few deputies, not Baker, entered the RV and tased Holcomb who then fired two shots at deputies, hitting Cpl. J. Ellison in the leg. Deputies retreated and the shootout began with Holcomb allegedly shooting from the rear of the RV.

Mitchell testified that Baker was shot multiple times as he tried to get to his cruiser for cover. Two of the shots were in his back.

A significant amount of time passed before police could reach Baker because gunfire was continuing to come from the RV.

Kelly came out of the RV and was taken into custody by police. Authorities found Holcomb dead inside the RV.

Mitchell testified exactly when Holcomb killed himself is uncertain.

McCoid asked Magistrate Crouch to dismiss the charges. McCoid said there was absolutely no evidence that Kelly killed Baker.

“I appreciate that law enforcement can’t prosecute and seek to punish Mr. Holcomb but the fact remains that Mr. Kelly should not become a scapegoat for what Mr. Holcomb did,” McCoid said. “There’s no evidence in front of this court that he shot a firearm, that he had any motive to produce these results, that he encouraged or aided or abetted Mr. Holcomb in any fashion.”

Crouch refused the motion and sent the case to the grand jury.

“They were both aware that the situation was heating up and Mr. Kelly did not speak out to tell anything to the officers about the AR-15. He’s just as guilty,” Crouch said.

Assistant Prosecutor Williams offered no comment after the hearing.

Kelly remains in the Central Regional Jail without bail.

WJLS Radio reporter Keith Thompson was in the courtroom Monday and contributed to this report.