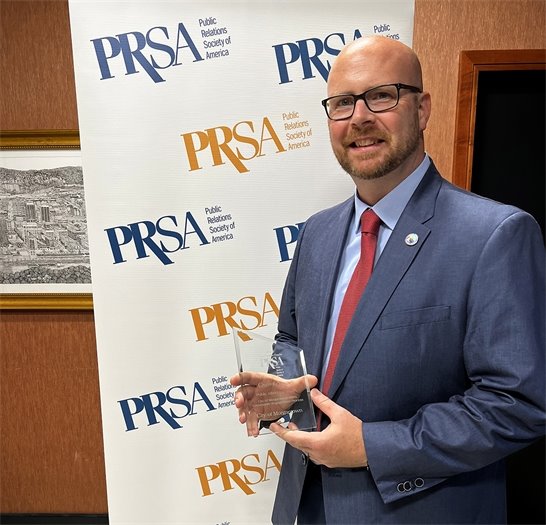 MORGANTOWN, W.Va. — The city is being recognized for how it has communicated with residents about funds from the American Rescue Act.

Morgantown was recognized over the weekend with a Crystal Award from the West Virginia Chapter of the Public Relations Society of America (PRSA) for outstanding community engagement.

Communications director Andrew Stacy said the process was collective and couldn’t have been completed without the team.

“I worked pretty closely with the assistant city manager (Emily Muzzarelli) in the beginning to look at what other cities were doing and pull from them,” Stacy said. “There was a lot more than just the communications department that contributed to this.”

“It was extremely important for us to get community input and that’s not always an easy goal for people that don’t listen to the new or have an email they check,” Stacy said.

According to Stacy, the Southern Economic Advancement Project referenced the city’s efforts in its ARPA “Good Examples” report, which was referenced by the U.S. Treasury in its blog.

“I think one of the more successful ones was the Small Business Assistance grants,” Stacy said. “All of that money has been expended, so that was a lot help to local and small businesses in the area.”