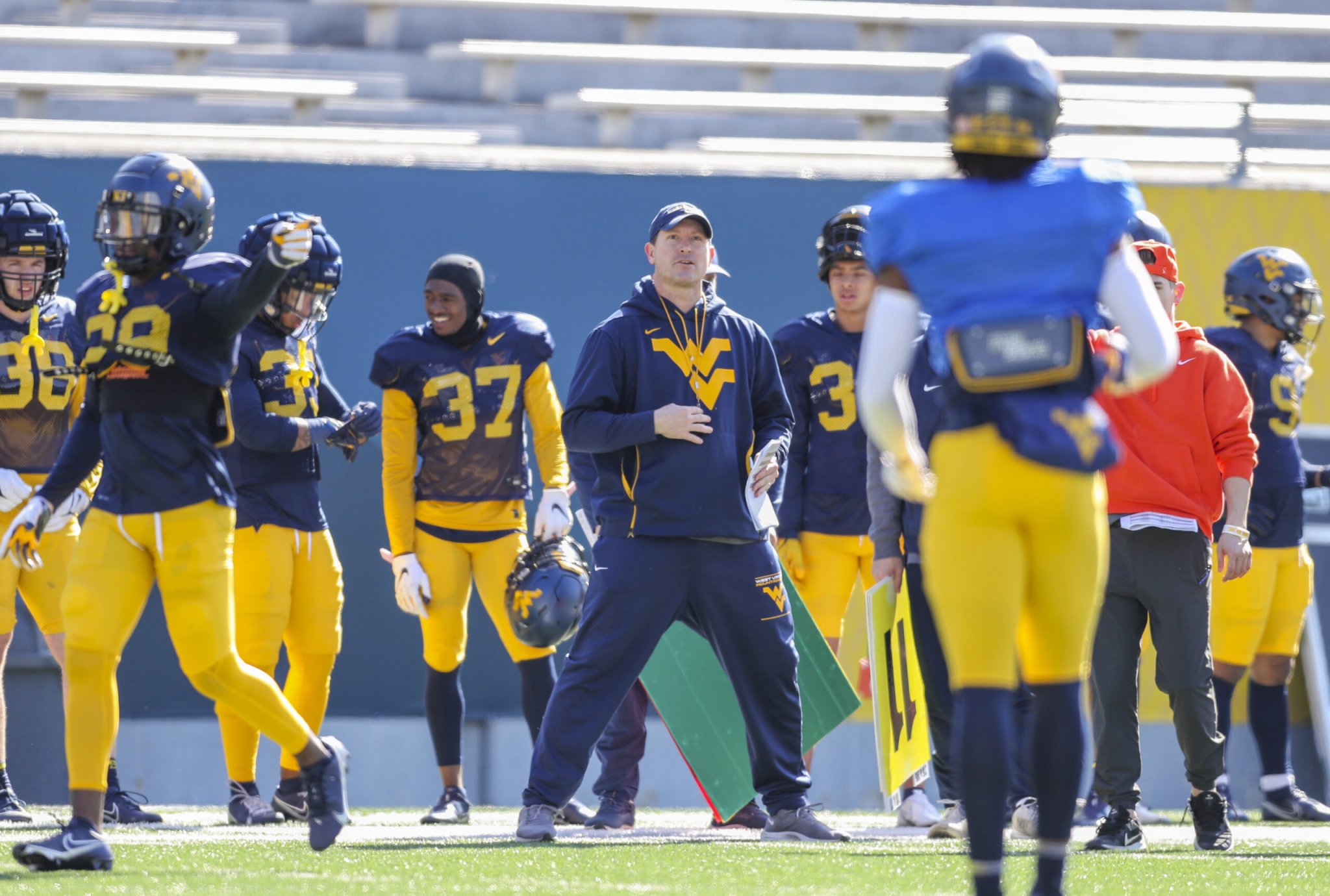 MORGANTOWN, W.Va. — Regardless of the year or opponent, a season opener comes with an abundance of unknowns in the lead-up to it.

For West Virginia, the 2022 edition comes in the form of the 105th Backyard Brawl, which will be played at 7 p.m. Thursday and mark the Mountaineers’ first time battling Pitt since 2011.

“Everybody is probably going to have their surprises and wrinkles,” West Virginia defensive coordinator Jordan Lesley said. “We just have to be ready for them. I think they’ll use a little more personnel than maybe some people think, but we’ll see. They may not.”

This much is certain: Both teams will have new starting quarterbacks as former USC signal callers JT Daniels and Kedon Slovis will be behind center for West Virginia and Pitt, respectively.

Offensive coordinator Graham Harrell, who came to Morgantown in January following a three-year stint in the same role with the Trojans, worked in the past with both Daniels and Slovis, the latter more extensively as Daniels played at Georgia in 2020 and 2021.

This marks the third stint for Cignetti on Pitt’s staff and the veteran offensive mind previously coordinated the Panthers’ offense in 2009 and 2010.

Before returning to Pitt in January as Mark Whipple’s replacement, Cignetti was the offensive coordinator for two seasons at Boston College. His tenure at BC followed stints with the St. Louis Rams, New York Giants and Green Bay Packers after Cignetti guided the Rutgers offense in 2011.

“They’re going to be multiple,” WVU head coach Neal Brown said. “He did a really good job at Boston College the last couple years and he’s a longtime play-caller. He’s not going to be rattled. He’s done this at the NFL and collegiate level for a long time.”

Opening against a Cigentti-led offense has the WVU staff studying his tendencies at previous stops, though the Mountaineers’ defensive coordinator believes it also puts more of a burden on his unit to focus on what it can control

“You always go back and try to get as much as you can, but you have to be careful how far down that rabbit hole you go,” Lesley said. You take the rivalry out of it and it’s still game 1 against somebody you have very limited spring game information on. We have to worry about us and we have the things we feel we need to be good at and the things we feel we are defensively. We’re going to see where it goes.

“I’m sure there’s some things on me, just like any coordinator, and they have tendencies. You have an idea, but you have to be careful of chasing ghosts.”

Slovis is replacing Kenny Pickett, a first-round selection of the Pittsburgh Steelers in the 2022 NFL Draft who finished third in last season’s Heisman Trophy voting after leading the Panthers to 11 wins and the Atlantic Coast Conference Championship.

While Slovis has the potential to develop into one of the better quarterbacks in college football at Pitt, the Mountaineers believe it will be imperative to slow the Panthers’ ground game.

“They’ve been pretty open about that’s what they want to do,” Lesley said. “We know that’s where we have to be at our best Thursday night.”

Some of that responsibility will fall on nose guard Jordan Jefferson, a 310-pound junior expected to make his sixth career start in his 31st career game Thursday. Jefferson has past experience, but will assume his most featured role to date.

For someone regarded as the strongest player on the team by many within the program, it’s a chance to make a name for himself and draw enough attention that it creates higher percentage opportunities for teammates to shine.

“It has helped how we’re able to play the rest of the front by having guys that can hold the point,” Lesley said. “I don’t want to say pluggers. I hate that term. But big, strong bodies that can really hold the point.”

Should Pitt find the success it seeks on the ground with what Brown expects will be a running back by committee approach, Slovis’ job becomes easier.

That was the case a year ago when Maryland rushed for 164 yards in a season-opening 30-24 victory against West Virginia. While the opponent and an abundance of defensive personnel were different, the Mountaineers allowed 66 and 60-yard touchdown passes, the latter of which all but sealed the outcome.

With five new starters in the secondary, the Mountaineers’ back end can also expect to be challenged.

Lesley, however, believes that group is up for it and expects they’ll be able to stay fresh over the course of the contest.

“The depth and quality of the depth is much better, especially in the secondary,” he said. “That’s something we’ve talked about going back to the spring. We have to get them to the game, see who reacts and how they react and what we need to react to. Then we’ll know a little more about where we’ll go with all the personnel and depth, and see how it goes.”