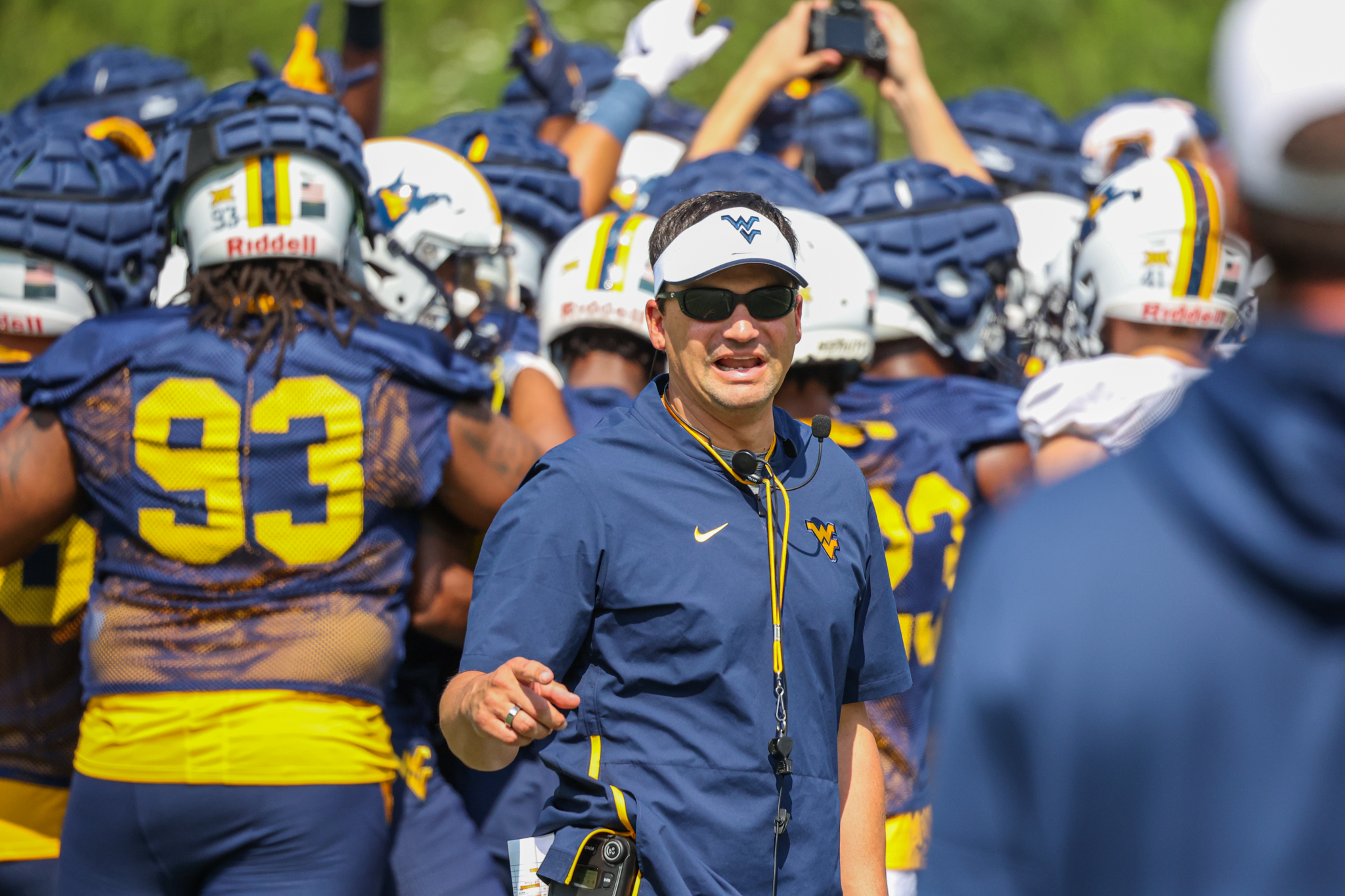 PITTSBURGH — A decade-plus long wait ends Thursday night when for the first time since 2011, nearby rivals West Virginia and No. 17 Pitt clash in the 105th edition of the Backyard Brawl.

The 7 p.m. affair at Acrisure Stadium will be played before a nationally-televised audience on ESPN, with the network hosting a one-hour long version of College GameDay before kickoff inside the newly-named venue.

“The good thing about this one is they don’t need a whole lot of speeches,” WVU head coach Neal Brown said. “They’ll be ready to go. The ones you really put some thought into your speeches are the ones you’re worried about your emotion level going into it. The opener is always high energy anyway, but this being a rivalry game means it’s more emotional. It’s making sure that we play the game with emotion, but not necessarily emotional. That’s probably the bigger challenge than getting them up pregame.”

Legends are born in the Backyard Brawl.

For the Mountaineers, who enter the season with a new offensive coordinator, starting quarterback and top tailback in addition to an abundance of defensive starters that differ from the 2021 season opener, playing the Panthers presents Brown with a better idea of where his team stands as it begins a stretch of four games in 22 days.

In renewing the Backyard Brawl, this opener will be unlike any of Brown’s previous three at West Virginia, two of which the coach has been victorious in, though the only one against a FCS-level team resulted in a loss last season at Maryland.

“In college football, it’s so hard in your opener, because it’s the first time you’re going to line up and play anybody since your bowl game, so that makes it really difficult,” Brown said. “But I do think teams lose games rather than win them early.”

USC and Georgia transfer JT Daniels will guide the offense in what marks his fifth season of college football and first at West Virginia. Daniels was named the team’s starting quarterback Monday during Brown’s media session, and both Brown and offensive coordinator Graham Harrell have praised his intelligence, accuracy and ability to connect on long passes.

Tony Mathis Jr. steps into more of a featured role at tailback after playing behind Leddie Brown throughout his college career to this point.

Bryce Ford-Wheaton and Sam James, a pair of proven targets, highlight a WVU receiving corps that will also look for Kaden Prather and Reese Smith to offer significant contributions.

Up front, the Mountaineers have all five starters back, though it remains to be seen who gets the nod at right tackle in what remained an undecided battle as of Monday between Brandon Yates and Ja’Quay Hubbard.

The unit has its work cut out against one of the more imposing defensive lines and front sevens in college football.

En route to winning 11 games and an Atlantic Coast Conference championship last season, the Panthers recorded 54 sacks — 20 more than they allowed. Over the last three seasons, Pitt leads all FBS teams with 154 sacks.

“Defensively, to me, that’s the staple of the program,” Brown said. “They make it really difficult to run the football.”

Defensive end Habakkuk Baldonado and defensive tackle Calijah Kancey were tops on the team with nine and seven sacks, respectively, and both are back to key the front.

Linebacker SirVocea Dennis is a standout on the second level of a unit coordinated by Randy Bates. Dennis had a team-best 87 tackles, including 9.5 tackles for loss and four sacks a year ago.

“Dennis will be as good as any linebacker we play this year,” Brown said.

Safeties Erick Hallett and Brandon Hill finished with three and two interceptions, respectively, in 2021. Both provide a steady veteran presence to the back end of the Panthers’ defense.

West Virginia also has several veterans on the back end of its defense, just not ones that have played in a Mountaineer uniform to this point.

Safety Marcis Floyd, a Murray State transfer who played cornerback for the Racers, cornerbacks Wesley McCormick (James Madison) and Rashad Ajayi (Colorado State) and spear Jasir Cox (North Dakota State) will play their first game in a WVU uniform Thursday. Each is expected to factor heavily into the team’s secondary, whether or not it comes in a starting role.

Cornerback Charles Woods, an Illinois State transfer who a year ago found himself in a similar spot to the aforementioned quartet, spearheads the unit after proving he more than belonged playing Power 5 football in 2021.

Lee Kpogba steps into the role at mike linebacker and will also be making his WVU debut while playing alongside Lance Dixon, a Penn State transfer in his second season with the Mountaineers.

West Virginia’s defense has held its own each of the last two seasons while being coordinated by Jordan Lesley, who has also faced significant challenges in the lead-up to this contest.

With Pitt having a new starting quarterback in USC transfer Kedon Slovis, along with a new offensive coordinator in Frank Cignetti Jr., there’s an element of unknown.

Slovis and Daniels were teammates at USC, while both have a past with Harrell, the Trojans’ offensive coordinator from 2019-2021.

While Pitt’s quarterback last season, Kenny Pickett, became a first-round selection of the Steelers in the NFL Draft, the Panthers also lost perhaps the most productive wideout from the 2021 season when Jordan Addison opted to transfer to USC.

However, the position group is still a formidable one for the Panthers, who have Jared Wayne returning after catching 47 passes for 658 yards and six touchdowns, while Akron transfer Konata Mumpfield and Louisiana Tech transfer Bub Means are also likely to be primary targets of Slovis.

“Sometimes much is made about what they lost, but their receivers are a really good group,” Brown said.

“We say it starts up front. If we’re going to be successful, you better have a good D-line, a good O-line,” Narduzzi said. “You can have all the skill in the world, but if you don’t have anything up front you have a problem.”

Thursday marks the first of eight meetings over the next 11 seasons between the Mountaineers and Panthers.

“I don’t want to get them too hyped,” Narduzzi said, “because they have to play smart and not get out of control.”