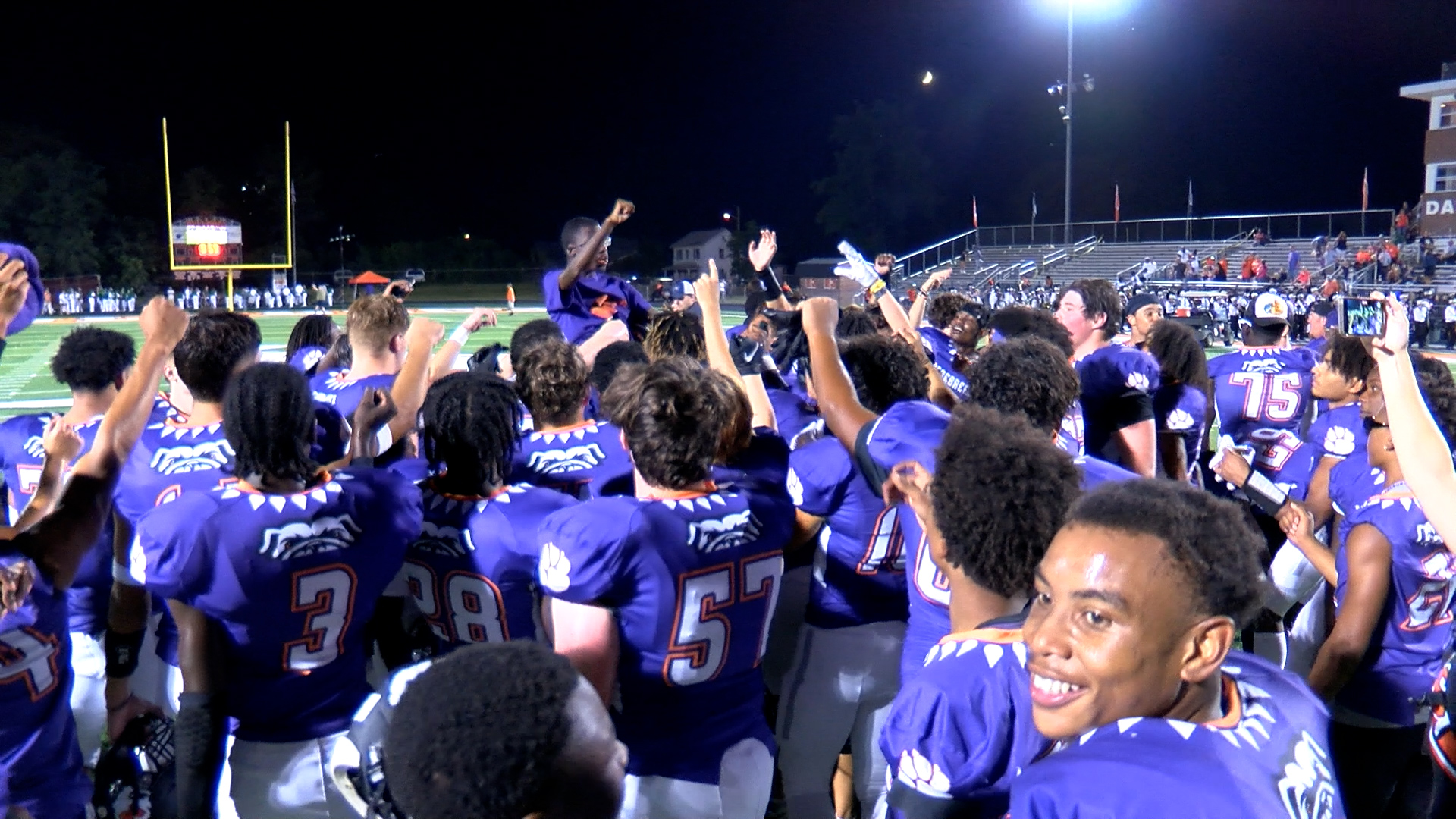 MARTINSBURG, W.Va. — Martinsburg outscored Musselman 36-0 in the second half to break open a competitive contest at Cobourn Field/David M. Walker Stadium. The Bulldogs defeated their county rivals 62-20 after leading by just 6 points at halftime.

“I felt like we got a little too emotional in that first half. We made some mistakes because we were too emotional and got in our feelings a little bit. We just needed to correct them. It was more coaching and correcting. We didn’t really change a whole lot but we just had to settle down and play,” said Martinsburg head coach Britt Sherman.

“It is good to have adversity because we are going to have a lot of it this season. We play a lot of really great teams. And Musselman played really well in the first half. Credit them for things they had in the game plan and what they did.”

The Bulldogs (2-0) found the end zone on their first two possessions with touchdown passes from Ezra Bagent to Jameer Hunter [17 yards] and Buzz Dover [57 yards]. Trailing 12-0, Musselman cut their deficit in half courtesy of their defense. Alex Scaggs returned a fumble 52 yards for a touchdown. The Applemen trailed 12-6 at the end of the first quarter.

The teams alternated touchdown drives in the second quarter. Bagent tossed scoring strikes to Kashez Gedeon [15 yards] and Hunter [40 yards]. The Applemen (1-1) countered with a pair of touchdown passes from Bayden Hartman and Ray Adames [67 and 6 yards].

Leading 26-20 at halftime, the Martinsburg defense clamped down on the Applemen in the second half. Hunter extended the Martinsburg lead to 13 points with his third touchdown reception, which covered 25 yards. Hunter would also score on a 72-yard punt return in the fourth quarter.

“We knew [Hunter] was a good speed guy coming into the season. But we weren’t sure route running, physicality and hands. Him and Ezra worked a lot in the offseason. He solidified some of those other aspects. He had a great night and he’s a great player.”

Bagent ended the game with 5 touchdown passes. Murphy Clement scored a pair of touchdown runs, including a 99-yard burst on the final play of the third quarter.