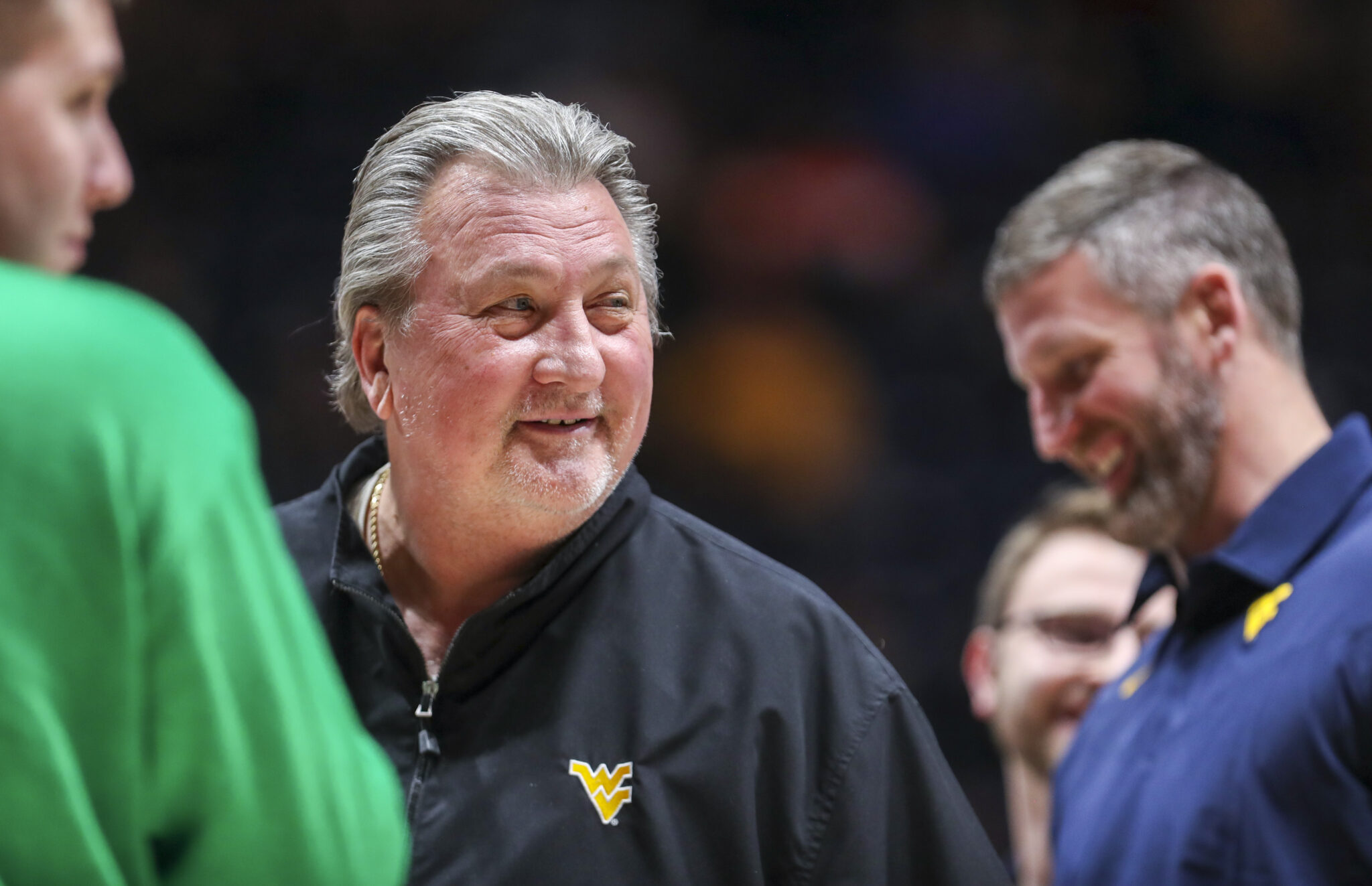 MORGANTOWN, W.Va. — Five months after receiving the call from the Naismith Memorial Basketball Hall of Fame, Bob Huggins will officially take his place among the greats of the game on Saturday. The two-day enshrinement weekend features events at the Mohegan Sun Casino in Connecticut and at the Hall of Fame site in Springfield, Massachusetts.

In a career with 916 wins in 40 seasons, Huggins says the company he has kept paved the path for his success.

Huggins was a three-year letterman at WVU from 1974-1977. After being unable to catch on as a player with the Philadelphia 76ers, his coaching career began as a graduate assistant at his alma mater. Joedy Gardner gave Huggins his start.

“Getting cut with the Sixers, I had a real good idea I wasn’t going to make it anyways. The team that they had, I didn’t deserve to be there. I was very fortunate to be there. It was a great learning experience for me. When I came back, Coach Gardner was very good to me.”

In the middle of his highly-successful tenure at Cincinnati, NBA teams came calling on multiple occasions. But Huggins says his desire to develop players trumped the daily grind of the hectic NBA game schedule.

“I think relationships — I really thought I could make a much greater impact at the college level than I could in the NBA. I had great opportunities for way, way, way more money than what I was making or probably what I ever hoped to make. But it is not the same. I can walk out of practice and feel like we got something done today and they got better today. I am not so sure that happens a whole lot in the NBA. The schedule has a lot to do with that.”

Huggins says a key ingredient to longevity in a coaching environment that is constantly changing is authenticity.

Leading up to the weekend ceremonies, Huggins says his phone has been busy with messages of congratulations as he joins the ultimate basketball fraternity.

“Roy Williams calls. Roy and I are throwing barbs at each other. Bill Self called this morning. Obviously, Bill has been in the Hall of Fame for a while. I guess the word people use is that it is the coaching fraternity. I think it really is. When I was at Walsh College or probably when I was at the University of Akron, I didn’t feel I was in that clique. I was still one of those guys there, patted on the head saying, ‘Your day will come here soon boy’. I couldn’t wait to go beat those people that were patting me on the head.”

When someone is inducted any Hall of Fame, chances to pad their playing or coaching resume have usually closed. That is not the case for Huggins as he enters his 16th season leading the Mountaineers this winter. He does so with unfinished business.