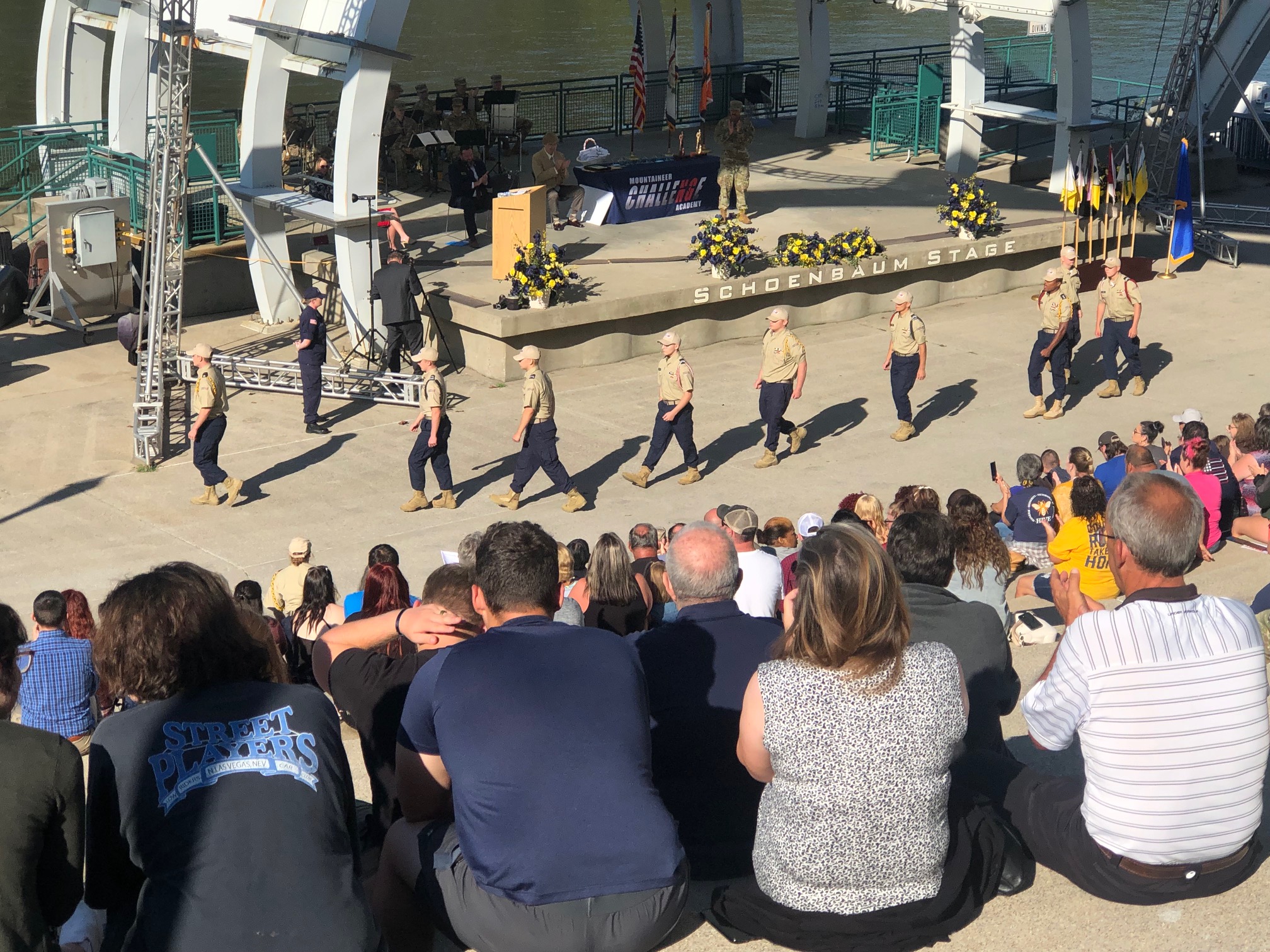 Members of the graduating class go through drill during the ceremony Friday. (Photo by Jake Flatley/wvmetronews.com)

CHARLESTON, W.Va. — There are 57 new cadet graduates of the Mountaineer ChalleNGe Academy.

“It’s been a true blessing to see these kids go from week one to the 22 weeks, all the trials and tribulations they’ve gone through. To see them make it to today and graduate is amazing,” Paul Perdue, Program Manager Mountaineer Challenge Academy-South told MetroNews.

The South academy opened its doors on October 11, 2020, in Montgomery. The mission of the Mountaineer ChalleNGe Academy is to train and mentor selected at-risk youth to become contributing members of society using the Eight Core Components in a quasi-military environment during a 22-week residential and one-year post-residential follow-up program.

Perdue explained that the quasi-military environment instills discipline in the cadets as they wake up early to do physical training every day and have a regimented day.

“Every class has its trials and tribulations they go through. These guys are fighters, this class is a group of fighters. I think about that when I wrote my speech. They are the ones that stuck it out,” Perdue said.

According to the academy, 56% of graduates in this class are pursuing employment, 18% pursuing military, 18% headed to college, 11% are participating in Vo-Tech, HiSET, and 19% will be in the Mountaineer Job Challenge.

The academy begins every April and October.