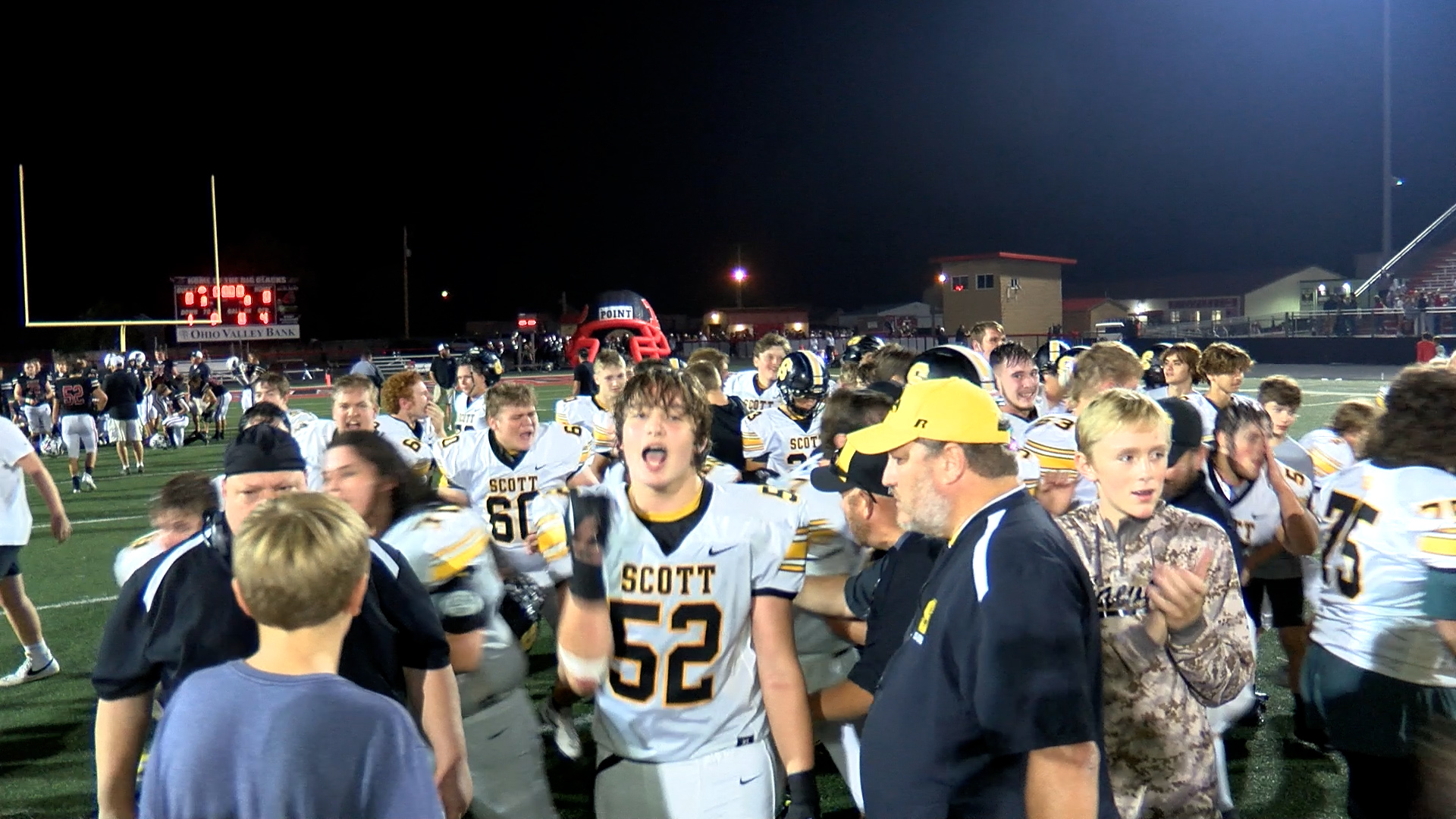 POINT PLEASANT, W.Va. — A six-minute touchdown drive to open up the third quarter and a pair of timely red zone defensive stops lifted No. 6 Scott to a 21-14 win at No. 7 Point Pleasant. The Skyhawks (4-0) completed a perfect opening month of the season with the win.

The teams battled through a scoreless first quarter. Point (2-2) had the best scoring opportunity in the frame with a fourth-and-goal from the one-yard line. But Scott forced a turnover on downs with a fine defensive play from Dalton Milam.

The Skyhawks broke the stalemate in the second quarter when Matt Frye hit Brayden Clark over the middle for a 58-yard touchdown strike. The Big Blacks needed just one play from scrimmage to even the score. Evan Roach scampered 43 yards for a touchdown to tie the game at 7.

The teams traded touchdowns once again before halftime. Frye found Jayden Sharps in the end zone on a 7-yard pass before Roach connected with Dawson Rollins on a 49-yard touchdown. The game was tied at 14 at the half.

Scott took the opening kickoff of the second half and went on a six-minute drive. Frye tossed his third touchdown pass of the game and second to Clark to give the Skyhawks a 21-14 lead. Scott’s defense came up with an interception from Carson Brinegar and a late stop in their own territory in the fourth quarter to preserve the win.

“Our defense has been ‘bend but don’t break’ at times this season. The kids are just resilient. They go out and execute what we are asking them to do. Even when their backs are against the wall, they come out and do a great job,” Dolin said.

“We have some good skill guys. I thought they played some real good coverage on us. We started figuring out where certain things were that we could take advantage of. Matt and the receivers did a great job with that. Preston Cooper I thought did a wonderful job tonight running the ball. When he is running the ball like that, it is hard to stack the box against us.”