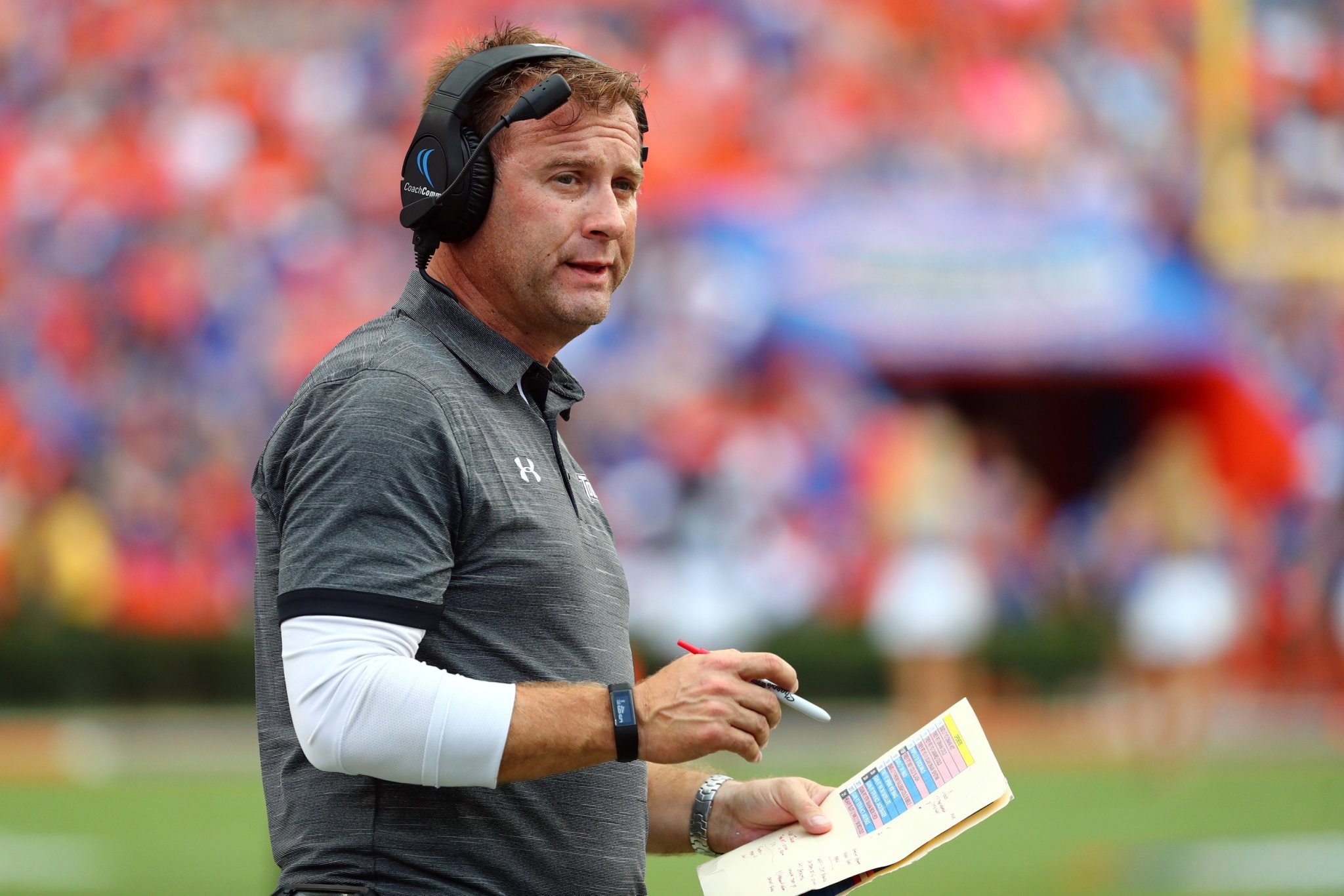 MORGANTOWN, W.Va. — Entering his third game of the season, Towson head coach Rob Ambrose is still getting a read on his roster. The results to date have been good as the Tigers (2-0) have posted victories over Bucknell and Morgan State. The 13th-year head coach will lead his FCS squad into Morgantown Saturday afternoon to face the Mountaineers (0-2). Ambrose’s roster contains 51 players that have joined his program since the start of spring drills.

“I am trying to get to learn these guys and that’s probably the hardest thing to do that any of us do on a regular basis. Skill sets are kind of easy to evaluate, people aren’t. The cool part about it is just that. You can look at the transfer portal and the difficulty of having all these new kids and say it is a problem. Or you can look at it as an opportunity. We are going to find a way to make people learn each other so that we can do the thing that we love together,” Ambrose said on Tuesday’s MetroNews Citynet Statewide Sportsline.

“Are we where I thought we would be? I like the fact that we are a work in progress and we are still 2-0.”

Seventh-year senior Tyrrell Pigrome engineers the Towson offense from the quarterback spot. Pigrome played four seasons at Maryland (2016-2019) before transferring to Western Kentucky and then Mississippi. In two games this season, Pigrome has passed for 352 yards and rushed for 155 more.

“He is a very dynamic individual and he’s a great kid. Our conversations are on a different level, to be honest. He has been in a multitude of systems. The concepts are normally similar. Nobody is reinventing the wheel anymore. I put something in. We talk about it. He goes, ‘Yeah, we used to call this here and that there’. Today I walked into a meeting and said, ‘Hey, something about a read’? And our quarterbacks coach looked at me and goes, ‘Don’t worry about it coach. Tyrrell told us that’s how we are going to read it’. It is like having another coach in the room. He’s a grown man.”

Ambrose led Towson to Morgantown in the 2014 home opener for the Mountaineers. WVU won 54-0. Ambrose was an assistant coach at Connecticut for seven seasons and faced off against West Virginia in Big East Conference play.

“We are are grateful we don’t have to face Pat White. And from experience, and I love him to death and he is a friend, but I am glad we don’t have to face (former defensive coordinator) Jeff Casteel one more time. I tell them about the tradition and history of West Virginia football. I had a chance to experience it first hand. I worked with (former WVU assistant coach) Dave McMichael for years at Connecticut.”

One of the new faces on @Towson_FB this year is its quarterback Tyrrell Pigrome. What has @Coach_Ambrose seen from his quarterback, who is a SEVENTH year player? Coach Ambrose discusses Tarrell with @TonyCaridi, @BradHowe07, and @HunterWvu88bgn. WATCH: https://t.co/yCFQ3nDJuy pic.twitter.com/Ve0b7e2GSo

Despite West Virginia’s 0-2 start, Ambrose says the Mountaineer offense will pose challenges that the Tigers won’t see for the rest of the season.

“They’re versatile and they’re fast. It is not fair that they get to break out some kind of monster freshman running back (CJ Donaldson) who is 240 pounds. I mean, come on.

“JT (Daniels) runs it well. He seems to be getting a rhythm. With that offense and the speed at which they execute, rhythm is huge. The more he brings it to the table, the more dangerous they are going to be. My defensive coordinator (Eric Daniels), his hair is very short so there is less to pull out. It is going to be a great challenge. It is going to be the best offense we defend all year.”