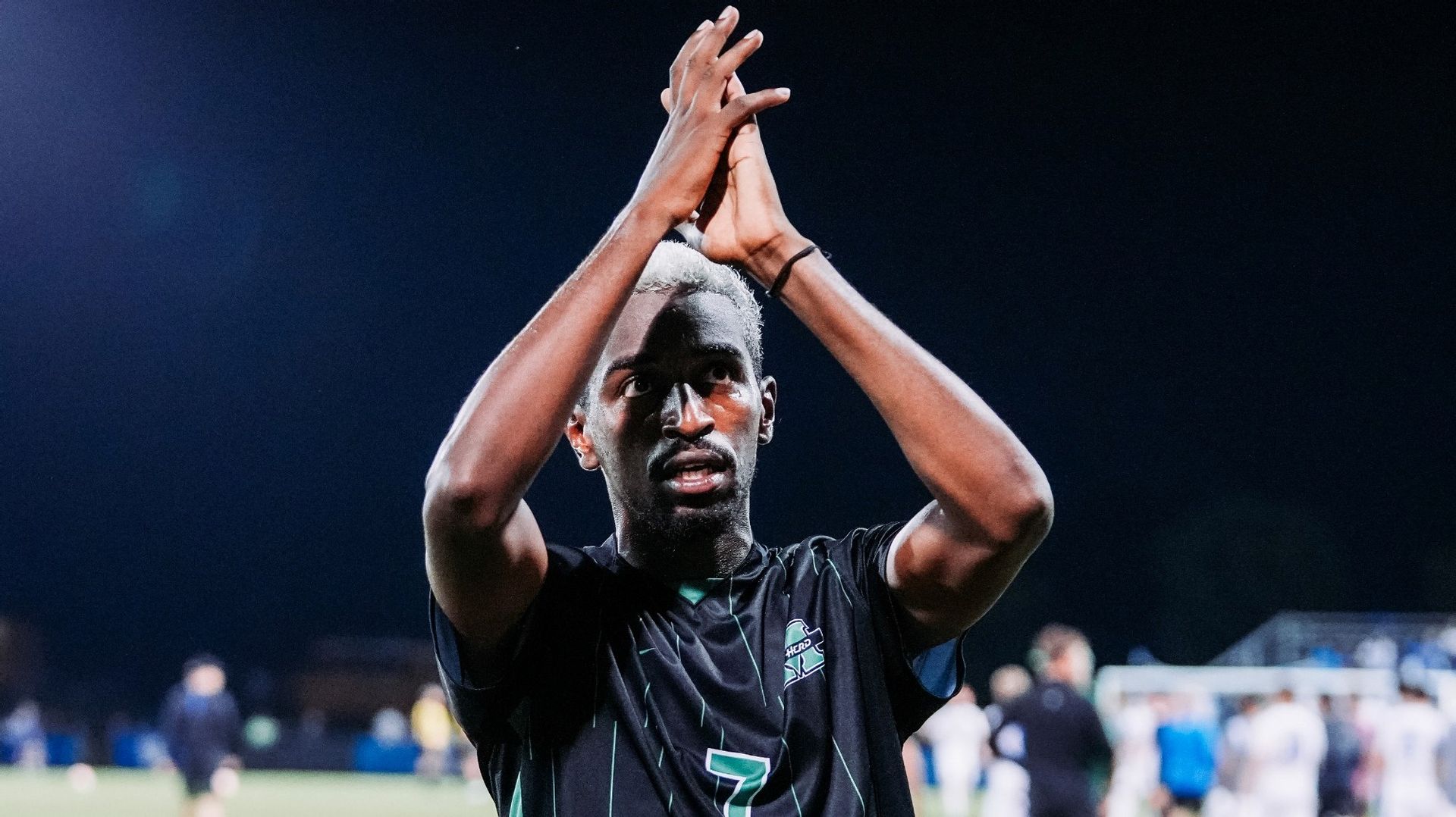 Marshall and Kentucky battled to a 1-all tie. Photo by Austin O'Connor/Marshall Athletics

No. 7 Marshall and No. 6 Kentucky traded one goal each early in the second half and then got no scoring from then on and and settled for a 1-1 tie in the Sun Belt Conference opener for both teams on Friday night.

A sellout crowd of 2,672 turned out on Alumni Weekend and the traditional White Out for the doubleheader. UK’s women started the night against Ole Miss with the No. 15 Rebels winning, 2-1, at Vickie Bell Soccer Complex in Lexington, Ky.

Matthew Bell, the Herd’s and Sun Belt’s top goal scorer with seven, gave Marshall a 1-0 lead when he sent a right-footer into the bottom center of the goal at 46:46. Vinicius Fernandes and Adam Aoumaich got the assists.

The Wildcats (4-0-2) came back quickly when Nick Gutmann sent a right-footed shot into the bottom left of the goal at 52:58. Clay Holstad picked up the helper.

In the 84th minute, Milo Josef sent in a free kick for the Herd. Fernandes got off a shot, it was blocked, it came to Ryan Holmes who buried the ball into the net. However, the linesman called Holmes offside, no goal and thus the tie.

“I thought the first half was pretty neutral,” UK assistant coach Ryan Zinkhan said. “We came in a little bit slow, and it was really unfortunate to give up that early goal in the second half . Credit to our guys. They put their heads down and it was a really good effort from Nick to create that opportunity to score and level up the game.”

Marshall (4-1-1) is off until next Saturday when the Herd takes on West Virginia at Hoops Family Field/Veterans Memorial Soccer Complex. Game time is 7:15. WVU and Coastal Carolina played to a 0-0 draw in their SBC opener Friday in Conway, S.C.

UK’s next match is Tuesday at home against Lipscomb.

Before going to the Sun Belt this season, either the Herd or the Wildcats had won Conference USA titles the past three seasons. UK leads the series 21-12-5. The Herd is 3-0-2 in the last five matches against the Wildcats.