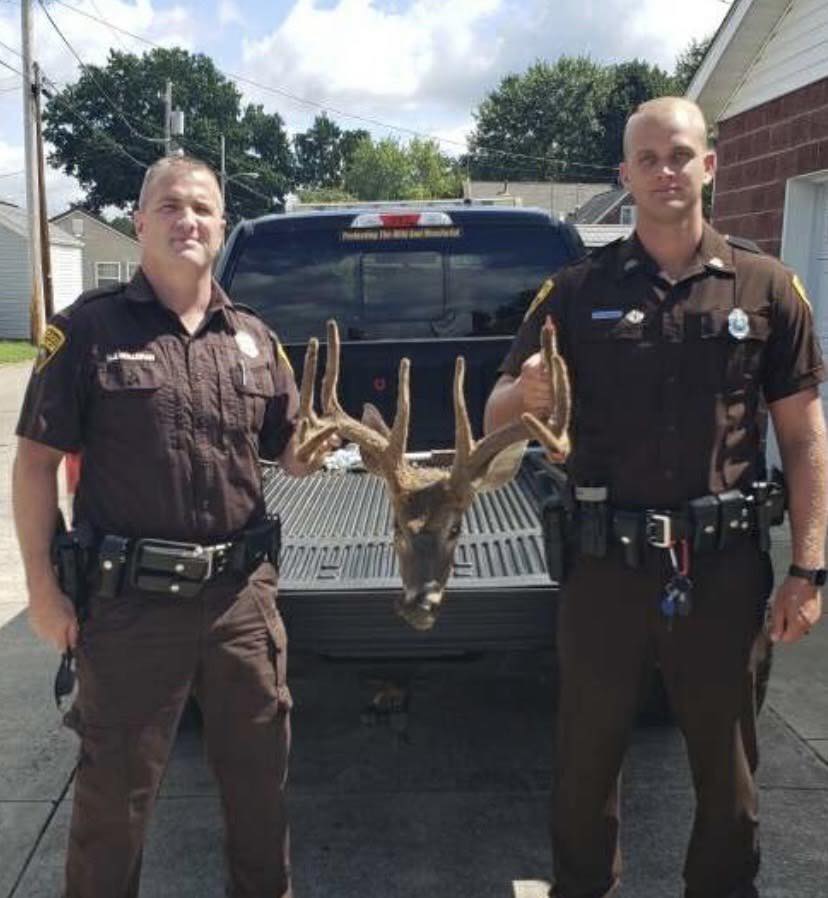 CHARLESTON, W.Va. — A Charleston man who killed a nice buck in the opening days of the city of Charleston’s 2022 urban hunt won’t get to enjoy the accomplishment. Jonathan Burdette of Charleston was charged by the Natural Resources Police with several violations for killing the eight point buck in the area of Chandler Drive in Charleston.

“We found out he had a revoked hunting license and didn’t even have the urban permit through Charleston he was supposed to obtain to even be hunting the deer,” said Natural Resources Police Officer Chuck Holloran.

Holloran received an anonymous tip about Burdette posting the buck’s pictures on Facebook. The caller claimed to know Burdette did not kill the deer legally. After following up, Holloran and Sgt. Dakota Chattin confiscated the deer’s head from his home. He was charged with hunting with a revoked license, failure to check deer, illegal possession of game, and failing to kill a doe before killing a buck which is a requirement of the urban hunting regulations. According to Holloran, there were several other city ordinances which could have been filed, but were not.

Burdette entered a plea of not guilty and is awaiting a court date. If convicted, he could face stiff fines, particularly since the buck meets the minimum qualifications for enhanced penalties because of its size.

“It will be considered a trophy type buck with an inside measurement of 18 inches, that alone would be a $7.500 fine at the very least. He could possibly be looking at close to $10,000 dollars in fines,” he said.

Holloran praised the observations of the public and the willingness to report the alleged violation.

“If if wasn’t for the public it would be hard for us to do our job. They are our eyes and ears out there in the woods,” he said.