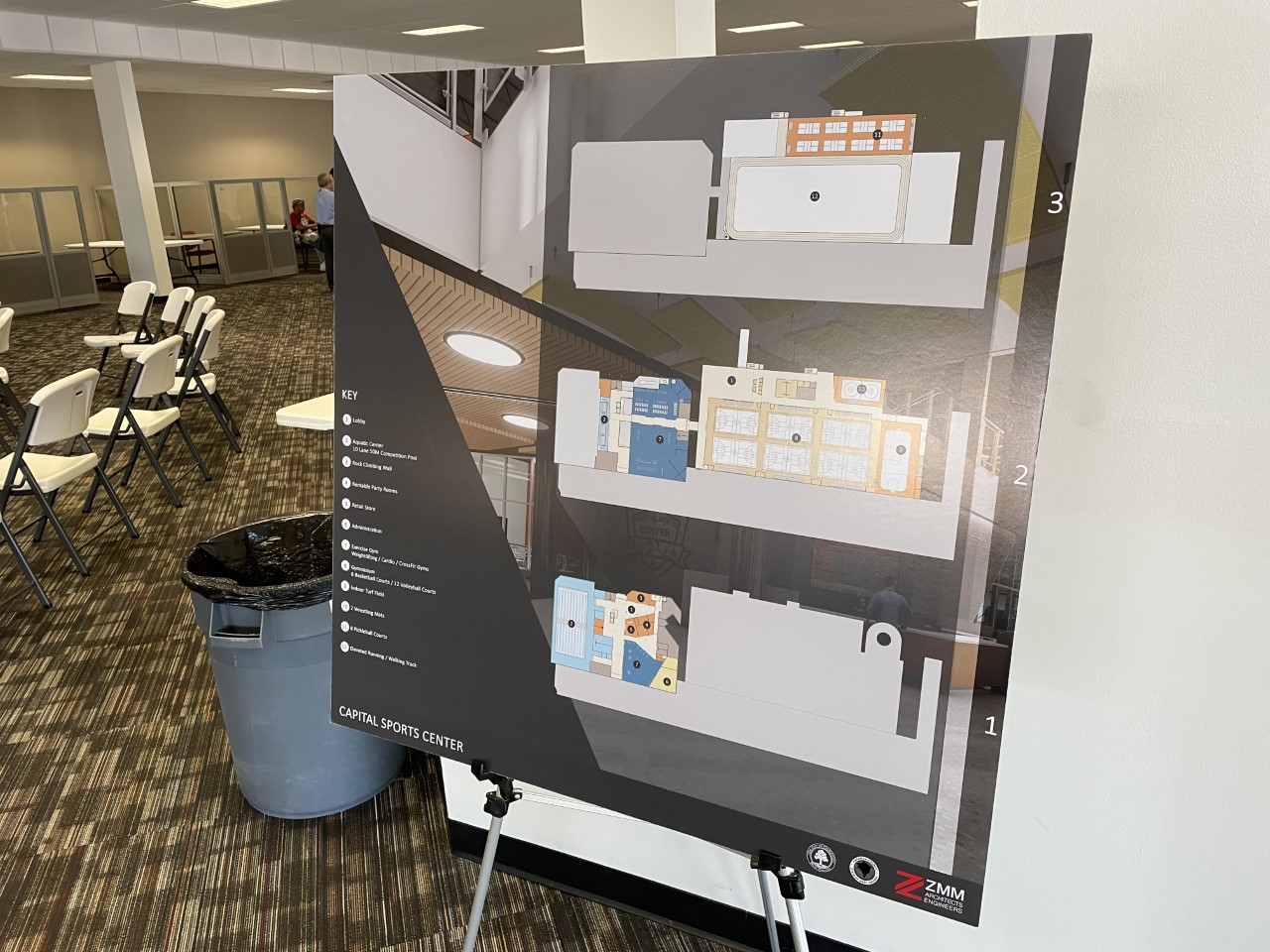 City and county leaders announced the Capital Sports Center last month; the proposed facility would include an aquatic center, basketball courts, an indoor turf field, a rock climbing wall and an elevated running track. Officials estimate the project will involve an $80 million investment to convert the former Macy’s location at the Lee Street parking garage into such a facility.

“These were just drafts that we put out into the community,” she told MetroNews affiliate WCHS-AM. “The way that you make something better is by getting public input, public feedback because we can always improve and we can always adjust, but this is going to be a community center at the end of the day.”

Adam Krason, an architect and principal with ZMM Architects & Engineers, noted a dominant concern has been seating at the aquatic center.

“We had planned on 300 to 400 seats, and apparently, it should be closer to 1,200 or more,” he said. “There are those sort of changes that, as the project unfolds — if we’re selected to complete the design moving forward — we’ll help to implement.”

Goodwin said the facility needs to accommodate local needs as well as the needs of regional and national events.

Salango understands leading an effort to develop a multi-sport complex, having served as the driving force behind the Shawnee Sports Complex.

“Hotels are filled, restaurants are filled, and that’s revenue here for our small businesses,” Goodwin said. “As mayor, my job is to bring more people in front of your small business. My job as mayor is to fill up your hotel and another hotel. When we build this facility, we’re going to need a couple more hotels.”

The next listening session will take place on Oct. 8 at 11 a.m. at City Center at Slack Plaza.