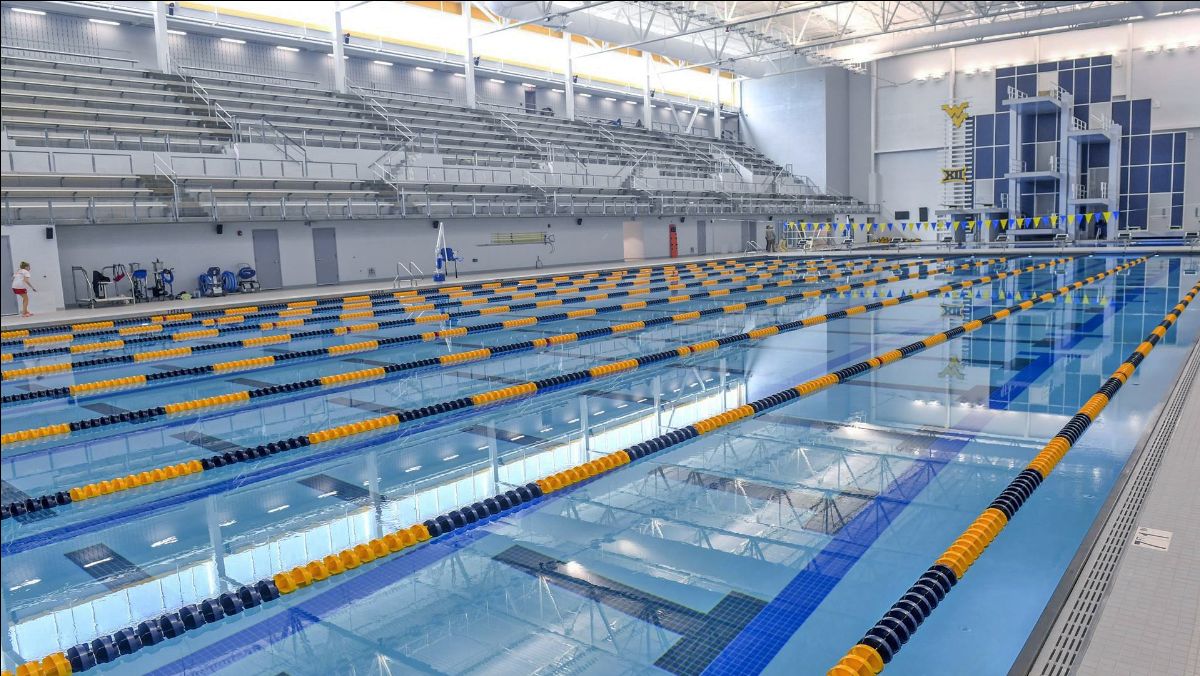 MORGANTOWN, W.Va. – The state of West Virginia has submitted a bid to host the 2024 Olympic Diving Trials at the Aquatic Center at Mylan Park in Monongalia County. Gov. Jim Justice made the formal announcement Thursday.

“The world has taken notice of West Virginia and what we have to offer,” Justice said. “Hosting this event would be a tremendous honor for our great state and a big opportunity for many, many reasons. I’m proud to see our partners in Morgantown stepping up to the plate to take on a project of this magnitude.”

The application, which would normally take as much as six months to complete, was put together by a team from Mylan Park, the Monongalia County Commission, area municipalities, West Virginia University, WVU Hospital, the West Virginia Department of Tourism, and the Visit Mountaineer Country Convention and Visitors Bureau (VMCCVB) in 27 days.

“A custom-made wooden box that looked like a giant envelope and it said, ‘This is your official invitation to West Virginia’ and when you open it up to gate the application and all the swag we gave them it plays Country Roads,” Riddle said.

The first inclination was to decline the invitation to bid due to preparation for the USA Diving Winter Nationals at the Aquatic Center at Mylan Park. Sean Sikora, Monongalia County commissioner and president of the Joint Use Management Agreement (JUMA) at Mylan Park, said once the team was assembled he felt they had to make an attempt.

“We had so much firepower behind putting together a first-class application that we no choice but to move forward,” Sikora said.

Mylan Park started 20 years ago with four baseball/softball fields and has grown to a 400-acre facility with multipurpose athletic fields, a pavilion and soon a national-level BMX Track for riders of all abilities.

“I think it’s a validation of all the hard work local leaders have put into this facility and now we’re ready to showcase it to the world,” Sikora said.

Landing this event would be a huge accomplishment for the team and area, but would also add the possibility of being considered for additional; high-profile events.

“It would really enrich the brand of our destination,” Riddle said. “If you’re known as having a facility that’s the caliber of an Olympic trial destination, you don’t get much better than that.”

According to Riddle, a selection committee will make a decision by the end of the year and the winner should know by January.

“We couldn’t have better facilities, to be honest, and we really couldn’t have had a better team that was pulled together to make this a reality,” Riddle said.