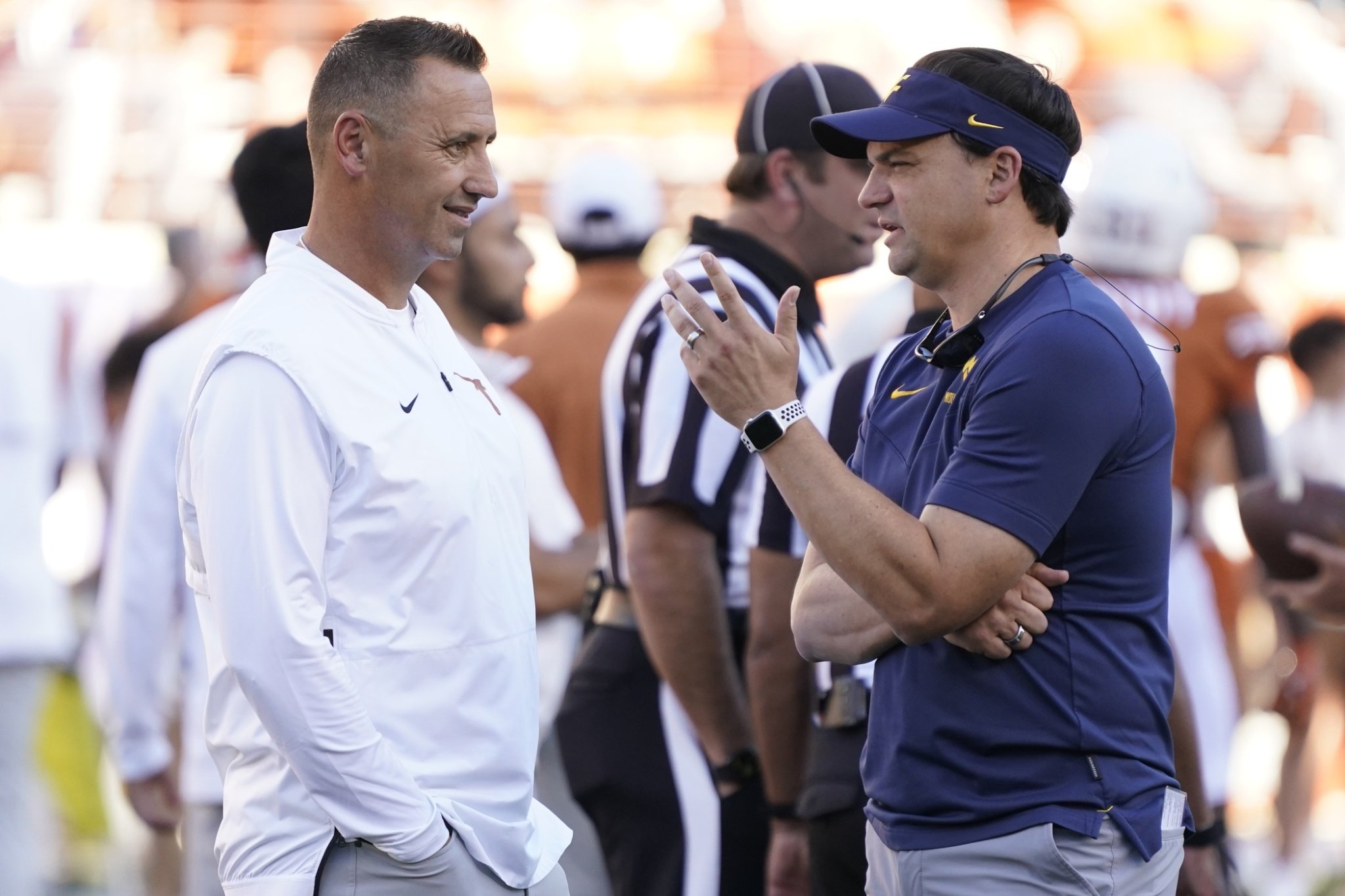 AUSTIN, Tx. — With both teams 2-2 and in pursuit of their first Big 12 Conference win, West Virginia and Texas meet at 7:30 p.m. inside Darrell K Royal-Texas Memorial Stadium.

With wins in six of the 11 previous matchups against Texas, the Mountaineers are the only Big 12 program with a winning record in their all-time series with the Longhorns.

10:53 p.m. — FINAL: Texas 38, West Virginia 20. Texas (3-2, 1-1) was hardly threatened throughout the night by the Mountaineers (2-3, 0-2), who are back in action October 13 when they welcome Baylor on Thursday night. The 18-point victory for the Longhorns is their largest margin in six wins over the Mountaineers and tied the mark for most lopsided win in the 12-game series history.

10:38 p.m. — SCORE: Justin Johnson provides West Virginia with its third touchdown of the night on a 4-yard run. Wyatt Milum’s blocking helped Johnson get to the edge on the second scoring run of his career. Trailing by 18, West Virginia elects to go for two, but Daniels’ pass to Prather is incomplete. Texas 38, West Virginia 20, 4:31 4th qtr

9:49 p.m. — Freshman running back CJ Donaldson injured on a rushing attempt. The cart has been called onto the field. Donaldson gave a thumbs up gesture to the crowd as he left the field on the medical cart.

9:29 p.m. — SCORE: Worthy does it again. On a pass deflected by Aubrey Burks, Worthy made a diving catch along the back of the end zone line on a 44-yard pass. Texas 35, West Virginia 7.

9:00 p.m. — SCORE: — Signs of life for West Virginia on a lengthy drive just before halftime. Successful conversions on fourth-and-10 and 3rd-and-9 set the stage for Kaden Prather to collect an 8-yard touchdown reception. Texas 28, West Virginia 7.

8:45 p.m. — SCORE: — Sanders scores his second touchdown on a busted coverage in the Mountaineer secondary. Sanders collects a 13-yard pass from Card to extend the UT lead to four touchdowns. Texas 28, West Virginia 0.

ADD IT TO THE TALLY @Jatavionsanders 👏

8:42 p.m. — West Virginia commits personal foul penalties twice in three plays. A facemask penalty and a late hit out of bounds by Lee Kpogba lets Texas out of the shadow of their own goal post.

8:20 p.m. — Third drop of the game for West Virginia proves costly. Sam James (3 catches for 47 yards) could not reel in a sure first down pass. Texas takes over at their 29-yard line.

7:52 p.m. — Turnover on downs for West Virginia at the Texas 40. WVU passed on a 57-yard field goal opportunity but failed to convert on fourth-and-2.

7:40 p.m. — West Virginia’s first possession covers 30 yards and a pair of receptions from Sam James before Texas forces a punt. Longhorns start their first drive at their own 13-yard line.

6:44 p.m. — There are changes to West Virginia’s dress list from the Virginia Tech game. As expected, cornerback Charles Woods remains out with the injury he suffered in the season opener at Pittsburgh. Texas wide receiver Xavier Worthy is going through pregame warmups. He suffered a lower-body injury in last week’s loss at Texas Tech.

Setting the scene from Austin

Mountaineers set for meeting with Longhorns