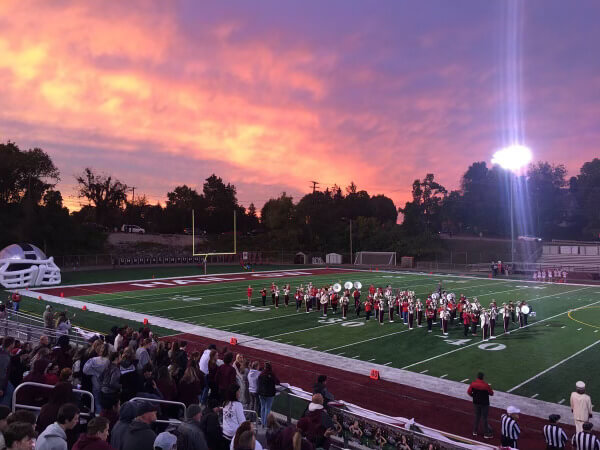 MORGANTOWN, W.Va. — A closer look at some notable results on the sixth Friday of the high school football regular season:

The Patriots improved to 4-2, while handing the Mohigans (3-2) their second straight loss.

WOODROW WILSON 42, Preston 7: The Flying Eagles improved to 5-1 behind a 393-yard rushing effort.

Matthew Moore rushed for 128 yards and two scores to help Beckley produce its best record through six games since it began the 2005 season 8-0.

Braeden Booth rushed for a touchdown and recovered a fumble in the end zone for Spring Valley’s other score.

GEORGE WASHINGTON 42, Parkersburg 10: Patriots’ quarterback Abe Fenwick passed for 308 yards and five touchdowns to help GW improve to 4-2 with a Mountain State Athletic Conference win over the Big Reds, who fell to 2-3.

UNIVERSITY 49, Buckhannon-Upshur 7: Melique Lewis rushed for a pair of touchdowns to help the Hawks (4-2) handle the Buccaneers (2-3).

HEDGESVILLE 29, Spring Mills 28: Jaxson Ruest rushed for two touchdowns, passed for another and caught one as the Eagles (4-2) edged the Cardinals.

SCOTT 34, Mingo Central 6: Matt Frye threw five touchdown passes and the Skyhawks were stingy defensively in a win over the Miners that allows them to improve to 6-0.

Skyler Delk threw and rushed for a touchdown as Roane County moved to 6-0.

WAYNE 28, Lincoln County 6: The Pioneers held the Panthers to minus-3 yards of total offense in the opening half, helping set the tone in a win that kept LCHS winless and allowed Wayne (3-3) to reach the .500 mark.

WILLIAMSTOWN 49, St. Marys 14: Rickie Allen’s 283 rushing yards and four touchdowns helped the Yellowjackets (5-0) pull away from the Blue Devils, who fell to 3-2 despite a receiving touchdown from Joey Ramsey.

GREENBRIER WEST 41, Shady Spring 12: The Cavaliers allowed their first points this season, but recorded another convincing win to improve to 6-0.

CLAY-BATTELLE 44, Webster County 0: Carson Shriver rushed for 241 yards and two touchdowns and passed for an additional two scores as the Cee-Bees had their way with the Highlanders and improved to 4-1.