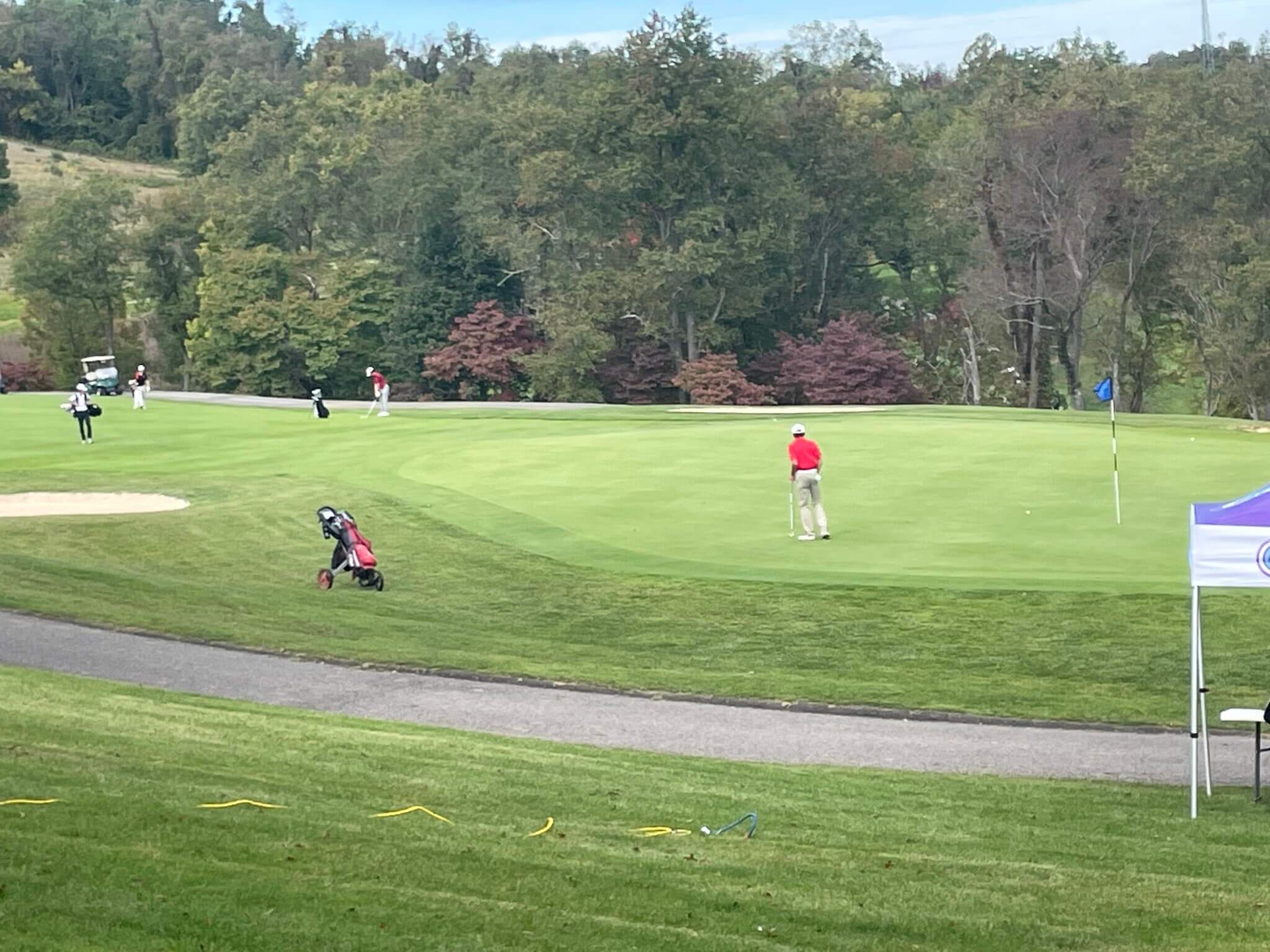 (Photo courtesy of the WVSSAC)

Wheeling Park (+26) has built a sizable lead on the rest of the Class AAA field. The Patriots lead Hurricane by eight strokes heading into Wednesday’s final round. Cabell Midland (+38) stands third. Wheeling Park’s Gavin Goodrich opened the tournament with a round of 76 to lead the way. His teammate Campbell Koegler and Cabell Midland’s Jack Michael are each one stroke back. Hurricane’s Savannah Hawkins and Parkersburg South’s Parker Vannoy (+7) are tied for fourth.

In Class AA, the Golden Tornado of Keyser have built a four-stroke lead on the their next closet competitors. KHS (+34) leads Winfield (+38) and defending champion Herbert Hoover (+40). Keyser’s Noah Broadwater had the low round of the day across all classes, shooting a 4-over-par 75. Tanner Vest of Shady Spring shot 78. Herbert Hoover’s Max Bowen and Winfield’s Stephen McDavid (+10) are tied for third.

Golfers will tee off on the No. 1 and No. 10 tees Wednesday, starting at 8:30 a.m. Greg Carey will have final round coverage from Wheeling on Wednesday. High School Sportsline will welcome an individual winner on the broadcast Wednesday evening.

Sports
Keys to victory in the Class AAA championship game
MetroNews will have broadcast coverage of the Class AAA title game Saturday at noon.
By Joe Brocato
Sports
MetroNews Top Plays (Week 14)
By Joe Brocato
Sports
Ability to overcome adversity has Herbert Hoover in Class AA final
The Huskies are the only non-No. 1 or No. 2 seed and the only team with multiple losses at the Super Six. Yet after an 0-2 start, the Huskies have won 10 straight and are brimming with confidence before a matchup with Independence.
By Greg Carey
WVU Sports
Three Guys Before The Game - Shane Lyons Speaks - Football Victory - Basketball Rolls (Episode 421)
Outgoing Athletic Director tells his side of the story. Mountaineer football and basketball teams enjoy successful road
By MetroNews Staff