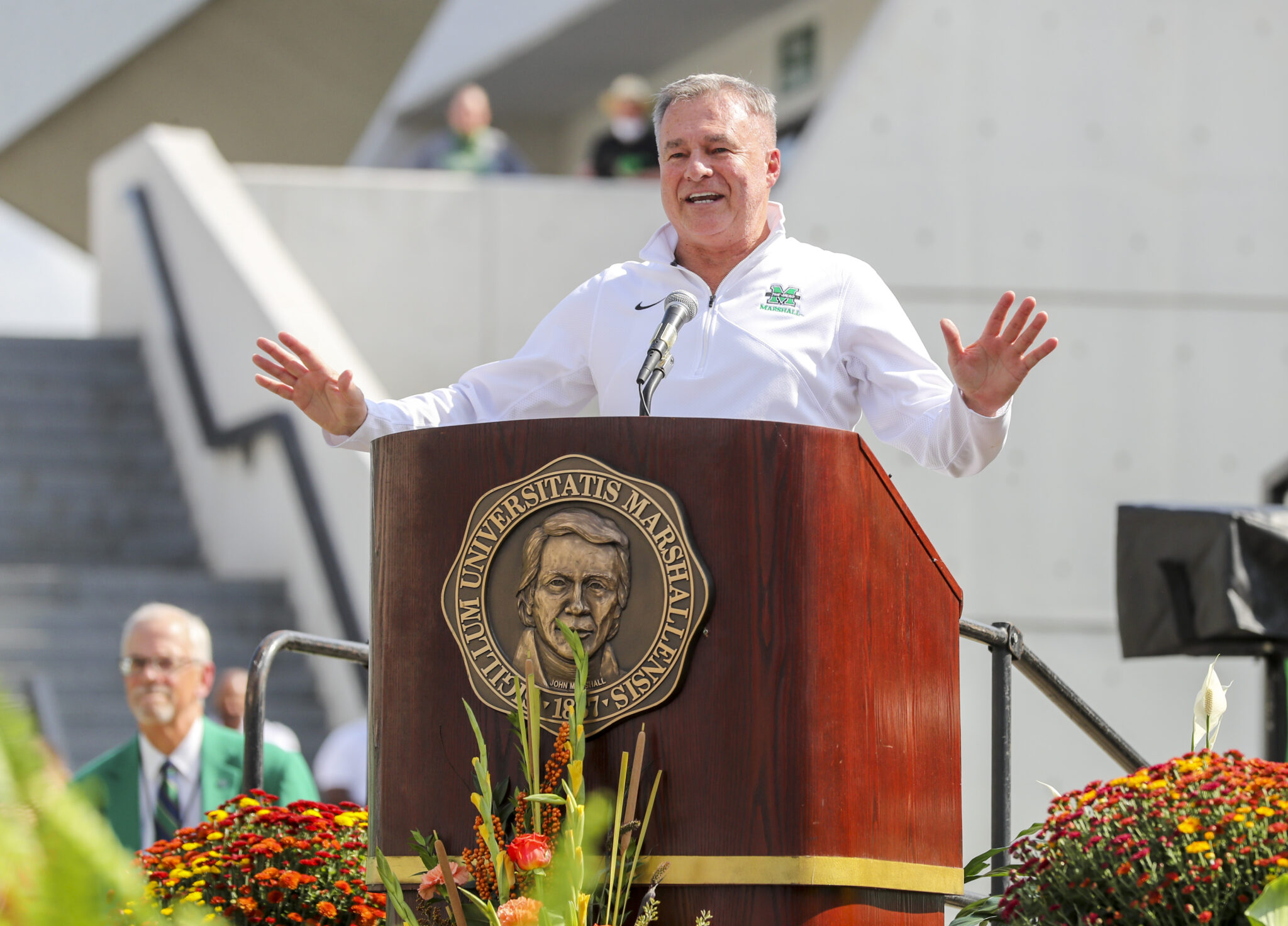 HUNTINGTON, W.Va. — When thinking of college basketball season-opening events, it’s easy to envision players being introduced to fans inside an arena ahead of what’s often a scrimmage, 3-point shootout and slam dunk contest.

Instead of sticking to the norm, Marshall is doing things a bit differently this year.

The Thundering Herd’s men’s and women’s basketball teams will be meeting fans on the streets of downtown Huntington next week as the teams host “Hoops in Huntington” on Thursday, October 13 at 7:30 pm.

The event will take place in the heart of downtown Huntington on Third Avenue, adjacent to both Pullman Square and the Marshall University Visual Arts Center.

Hoops in Huntington will feature student-athlete introductions for the Thundering Herd men’s and women’s teams along with things you expect at a preseason event — a skills challenge, 3-point competition, a 3-on-3 game, hot shot competition and a scrimmage on an outdoor court that will be placed on Third Avenue.

Marshall Athletics Director Christian Spears has shown a willingness to shake things up since he took the job in March and Hoops in Huntington is another example of doing things out of the ordinary.

“Being part of a community means connecting with it and letting them in to who we are, and what better way to do that then to bring our basketball teams downtown, put a court and some hoops on the street and let the community interact with and get to know our student-athletes,” Spears said. “We will have interactive games, prizes, poster signings — all in the heart of our city.

“Let’s mark the date and get there and bring your family. It will be a bit of a spectacle.”

Marshall’s two basketball head coaches — Dan D’Antoni on the men’s side and Tony Kemper on the women’s side — look forward to the new event.

“This is an exciting new way to showcase Marshall basketball and for our incredible fans to run with the Herd,” D’Antoni said. “It will be a truly unique atmosphere down by Pullman Square and I can’t wait for our fans to experience this event.”

“It’s an exciting opportunity to showcase our program while connecting to the city of Huntington in a new manner,” Kemper said. “Our team is fired up about the start of the year and this is a win-win for the community.”

Third Avenue will be shut down from 9th Street to 10th Street for the event, which will include inflatables and face painting for kids.

Hoops in Huntington will be preceded by an autograph session with men’s and women’s student-athletes. There will also be a Kids Knockout competition prior to the student-athletes taking the court for warmups.

The first-year event will conclude with fireworks at approximately 9 p.m.

The Marshall women open the 2022-23 campaign on Thursday, November 10 at Purdue.

Sports
Keys to victory in the Class AAA championship game
MetroNews will have broadcast coverage of the Class AAA title game Saturday at noon.
By Joe Brocato
Sports
MetroNews Top Plays (Week 14)
By Joe Brocato
Sports
Ability to overcome adversity has Herbert Hoover in Class AA final
The Huskies are the only non-No. 1 or No. 2 seed and the only team with multiple losses at the Super Six. Yet after an 0-2 start, the Huskies have won 10 straight and are brimming with confidence before a matchup with Independence.
By Greg Carey
WVU Sports
Three Guys Before The Game - Shane Lyons Speaks - Football Victory - Basketball Rolls (Episode 421)
Outgoing Athletic Director tells his side of the story. Mountaineer football and basketball teams enjoy successful road
By MetroNews Staff
Talkline with Hoppy Kercheval