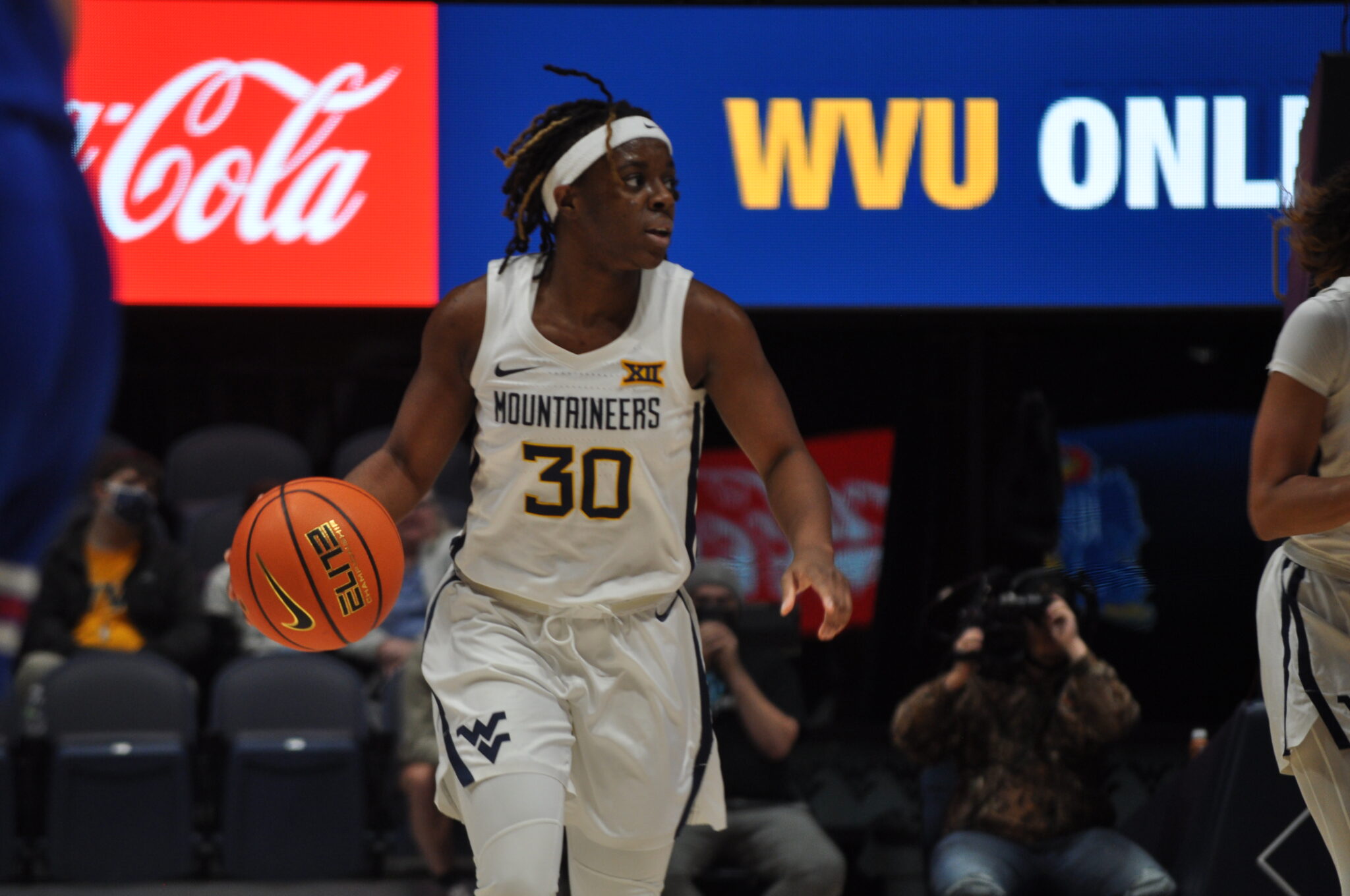 Until then, much of the preseason focus for the Mountaineers remains on adjusting to Plitzuweit’s style, one she’s self-described as position-less basketball that’s heavily centered around versatility and getting out in transition.

“It’s going to be wide open and a lot of spacing throughout the court,” fifth-year guard Madisen Smith said. “It gives us more options on offense to be able to attack the basket, space the floor and knock down jump shots.”

Sophomore JJ Quinerly is coming off a strong freshman campaign, and the 5-foot-8 guard is looking forward to expanding her skill set under Plitzuweit. That includes handling responsibilities normally reserved for post players.

“My initial reaction was, ‘Wow, I get to go down here and post up, this is crazy,’” Quinerly said. “Then I got down there and it was fun learning the footwork and a lot of ways you can score at the rim. I’m glad we get to do that this year.”

For Quinerly, a unanimous selection to the All-Big 12 freshman team after averaging 8.8 points and better than two rebounds, two assists and two steals last season, there is plenty to gain from adapting to Plitzuweit’s system.

“It adds versatility. There will be guards that have to post up and posts that have to shoot threes,” she said. “It opens the floor for us.”

Quinerly sees herself as one of several Mountaineers capable of thriving to a different approach.

“Her style of play is a great fit for a lot of us playing right now,” Quinerly said.

Smith and Quinerly headline the seven returning players and West Virginia has added six newcomers to its roster — five by way of the NCAA Transfer Portal and true freshman guard Imarianah Russell.

Outside of Smith and Quinerly, Jayla Hemingway and Savannah Samuel were also significant contributors last season that stuck around to play for Plitzuweit.

“We walked into a situation where we have some young ladies who were in the program at West Virginia who fit our style of play really well,” Plitzuweit said. “Two of them are Maddie Smith and JJ Quinerly. Their ability to make plays on both ends of the court is something that’ll really translate well to what we do. What they have to learn is how to use their speed a little bit slower than they do if that makes sense. Slow down and then their speed becomes even faster, because they both have very special speed.

“Each day, different players stand out. Savannah Samuel and Jayla Hemingway are both guards with size that can post up and make a lot of things happen. With our style and our offense, that really fits us very well. We’ve had some engaging and good, competitive practices. We still have a lot to learn yet.”

While the adjustment period will extend well beyond the November 10 opener against the Spartans, one player aiding teammates in the process is Kyah Watson.

Watson, a 5-10 guard, spent the previous two seasons with Plitzuweit at South Dakota. After redshirting as a true freshman, Watson averaged 5.7 points and was the second-leading rebounder with 144 on a Coyotes’ team that finished 29-6 and qualified for the Sweet 16 last season.

Watson is the only player from USD to follow Plitzuweit to WVU.

“I told them a lot of how she cares for you both on and off the court, and it’s really important for her that we succeed in both of those areas,” Watson said. “She lets us play freely, which is really nice to play off of each other.“

Along the way, patience is being preached by the Mountaineers, who return only Smith and Quinerly among the top six scorers from a team that finished 15-15 last season.

“It’s definitely been an adjustment for all of us — transfers and players that have been here,” Smith said. “When life throws stuff at you, you have to be able to take it and run with it. Everything is not going to be perfect. You have to roll with the punches.”