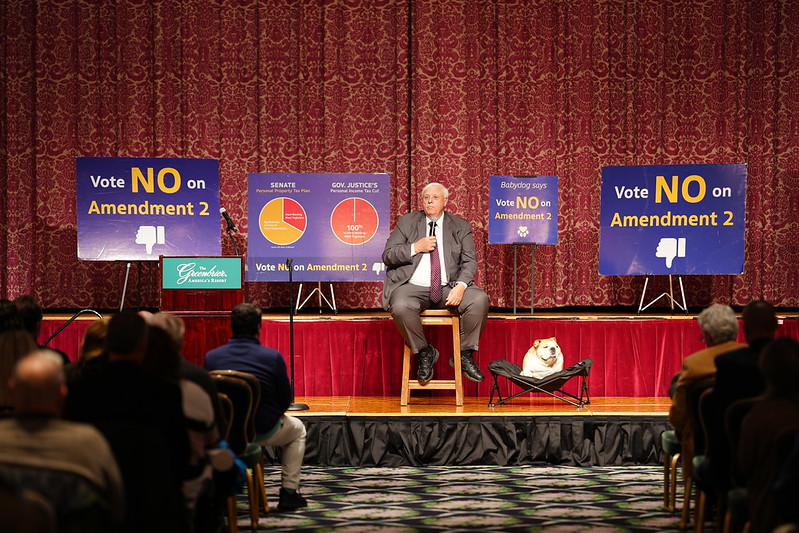 A state senator says the governor has gone too far with his criticism of two members of West Virginia’s congressional delegation.

Senator Randy Smith issued a statement this afternoon critical of Gov. Jim Justice, who had, in turn, sharply criticized U.S. Representatives Carol Miller and Alex Mooney. All are Republicans.

The divisive issue is, of all things, property taxes. The political figures have been involved in debate over Amendment Two, which would change the state Constitution to allow state lawmakers to exempt personal property taxes on vehicles and on equipment, machinery and inventory for businesses.

Governor Justice has been traveling around the state to argue against the amendment, saying it would open the door to fiscal irresponsibility, that the big winners would be out-of-state corporations and that elected representatives are susceptible to influence by lobbyists.

After Miller and Mooney issued a statement supporting the amendment as tax relief for businesses, Justice responded to a question by suggesting Mooney isn’t truly familiar with the state and that Miller’s family car dealerships would directly benefit.

After all that, state Senator Smith came flying in from the top rope.

“Reasonable people can disagree on policy and, like adults, fault it on its merits,” stated Smith, R-Tucker. “People like Governor Justice choose to attack the integrity of our congresswoman by insinuating her position is self-motivated and that she would personally benefit from her support.

“He chooses to insult our Congressman by insinuating he doesn’t even know West Virginia exists. These aren’t arguments from a reasonable person or from a strong leader. These are bullying tactics.”

Smith broadened his argument to suggest the focus on Miller’s family business is an attack on more than 100 other families in the same business, and on every small business owner in the state of West Virginia.

“The Governor can say that he’s pro-business all he wants, but you can’t be pro-business with statements like he made Wednesday,” Smith stated. “He’s made his feelings clear – not just about the Miller family’s business, but all small family-owned businesses. He does not believe you deserve any kind of tax relief. You’re all doing just fine.”

Justice had been referring to her family’s Dutch Miller Auto Group dealerships founded by her father-in-law, H.D. “Dutch” Miller. The company has seven car dealerships in Huntington, Barboursville and Charleston in West Virginia and Charlotte, North Carolina.

Kanawha County released a list of the top 50 beneficiaries of breaks from Amendment Two, showing Dutch Miller of Charleston LLC among the companies. That showed an annual assessment for Dutch Miller of $4.3 million and resulting taxes of $140,359. 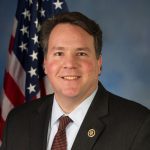 Justice then criticized Mooney’s reputation as a former Maryland official who moved to West Virginia shortly before running for Congress in 2014.

Miller and Mooney, in their joint statement in support of Amendment Two, said businesses in West Virginia are at a competitive disadvantage because of the “antiquated tax system of the state.”

Justice has been making daily stops around West Virginia to argue the amendment is irresponsible. At each stop, he describes his vision of “the swamp,” where elected representatives succumb to the malign influences of greed.

“In D.C., you see it all the time,” the governor said today in Richwood. “D.C. has become the swamp, hasn’t it? Well, a lot of you maybe don’t know what the definition of the swamp is. What it is, is elected officials — lobbyists come to them with real money, real perks and real promises. And then they get the elected officials lined up their votes on their side.

“And the lobbyists are employed by some special interest group — Sierra Club, big giant corporations, whatever it may be. So basically instead of the legislators representing you and your wishes, they become hostage to the lobbyists and wedded to the situation to… they basically sell their soul. That’s the definition of the swamp. In D.C., it’s rampant and, unfortunately, that’s what’s happening in Charleston.”