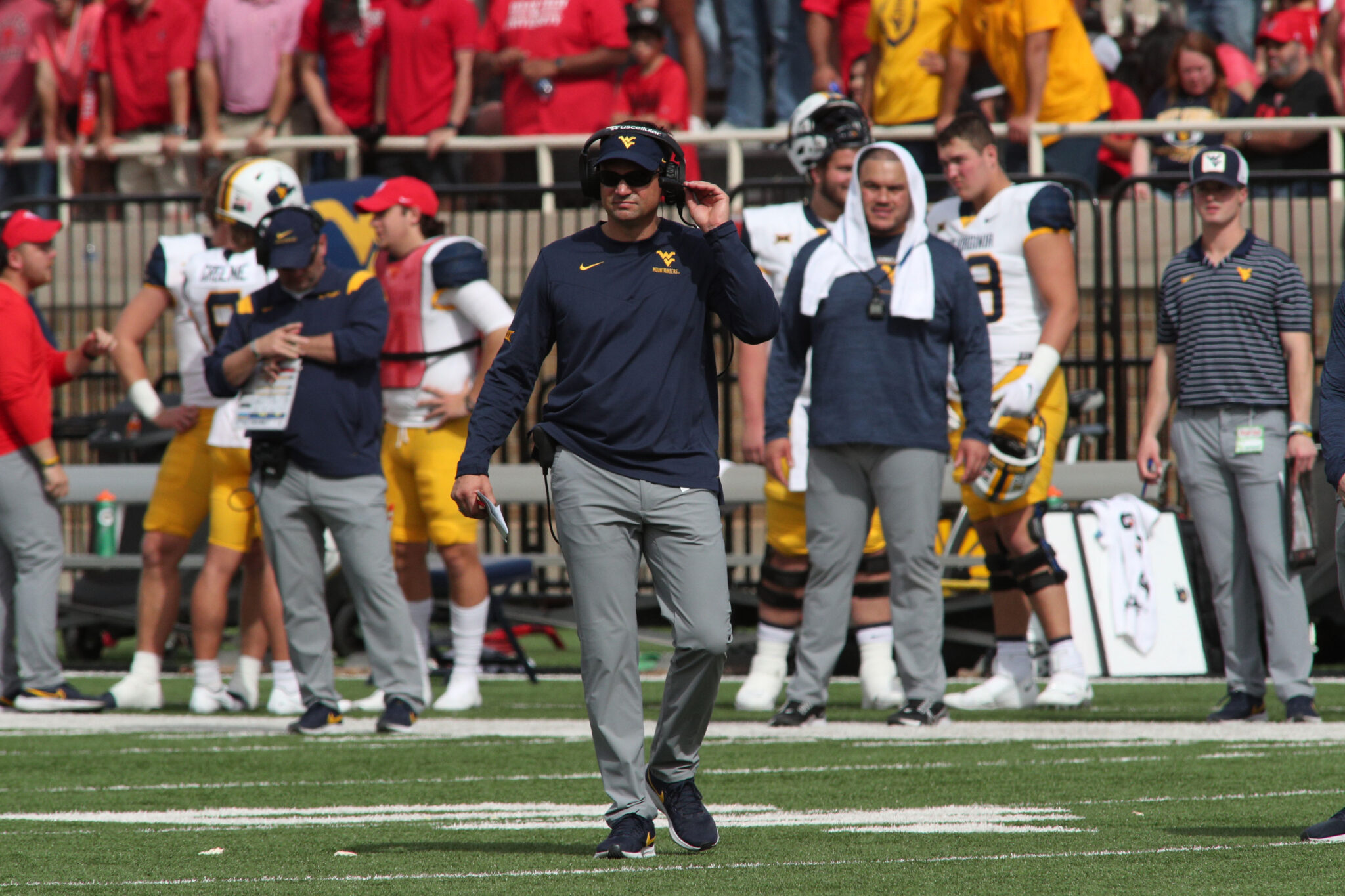 MORGANTOWN, W.Va. — When West Virginia takes on Iowa State at 3:30 p.m. Saturday inside Jack Trice Stadium, the Mountaineers will look to avoid an alarming trend that has plagued them in their last two road games.

In October losses at both Texas and Texas Tech, West Virginia started slow and created what proved to be an insurmountable deficit.

The first instance in Austin saw the Mountaineers trail 14-0 after one quarter and 28-0 before scoring their first points of what amounted to a 38-20 loss, though the outcome was never in doubt after halftime.

Three weeks and two games later, West Virginia allowed the Red Raiders to reel off the game’s first 14 points, and though the Mountaineers were still within striking distance when they went to the intermission trailing 17-3, there was no improvement over the final two quarters and Texas Tech won handily, 48-10.

“We’re going to exhaust everything possible,” WVU head coach Neal Brown said. “The goal is to start fast. Anytime you’re on the road, you want to start fast and try to keep the crowd out of it.”

The Mountaineers trailed the Panthers 3-0 after 15 minutes of the season opener and the teams went to halftime tied at 10.

Against the Hokies, West Virginia led 3-0 through one quarter and 13-7 at halftime.

The game at Pitt is the only one of West Virginia’s six road contests this season that the Mountaineers won’t travel by plane to.

“We’re going to change some things from a travel situation. Do I believe that’s why we started slow? Absolutely not. But when it hasn’t worked, you change,” Brown said. “We started in a pretty good way against Virginia Tech and not bad against Pitt, so I laughed and told them we were going to bus to Ames rather than fly, and maybe that’s the reason. They didn’t think that was so funny.

“We’re going to change up some things in our routine and what we’re doing on Friday and Saturday to get off the plane. We can do some things as coaches early in the game maybe to help us out.”

Perhaps that includes an element of surprise to try and catch the Cyclones off guard in some regard.

Regardless, West Virginia will need to change for the better if it hopes to hang around and claim its first road win of the season in Big 12 Conference play with only two chances remaining.

Since then, West Virginia’s only two Big 12 road wins are at TCU and Kansas in 2021.

Scoring has been problematic for the Mountaineers when playing at opposing Big 12 venues. Only once in 16 away league games under Brown has West Virginia reached 30 points, and on 11 occasions, the Mountaineers have failed to score more than 20.

In Brown’s only previous trip to Iowa State as West Virginia’s head coach, the Mountaineers did not score a touchdown and produced their lowest point total of his tenure in a 42-6 loss back in 2020.

He considers ISU to have one of the better home field advantages among Big 12 teams.

“Their students are there, right behind the bench and vocal,” Brown said. “I thought Ames was a really hard place to play when I was a coordinator in the league [at Texas Tech] back from 2010-2012 playing there twice. Their fans always come regardless of what their record is and regardless of how the game is going, they’re very loud and into it. The acoustics of the stadium are very similar to ours. Our stadium wasn’t full on Saturday, but it got really loud at certain times and it’s the same in Ames. It’s not an easy place to travel to.”

On the flip side, the Cyclones have struggled to protect home field in what’s been a down season to this point.

Since running the table in non-conference play to start 3-0, Iowa State has lost five consecutive games in Big 12 play. The Cyclones (3-5, 0-5) are 2-3 at home this season, but winless in three matchups against Power 5 competition.

Iowa State has won its last two games in Ames against the Mountaineers, though West Virginia won each of the first three in 2012, 2014 and 2016.

“This is going to be a four-quarter game that’s going to be extremely physical. When it becomes winning time, we have to be able to make those winning-type plays that we didn’t make a week ago.”