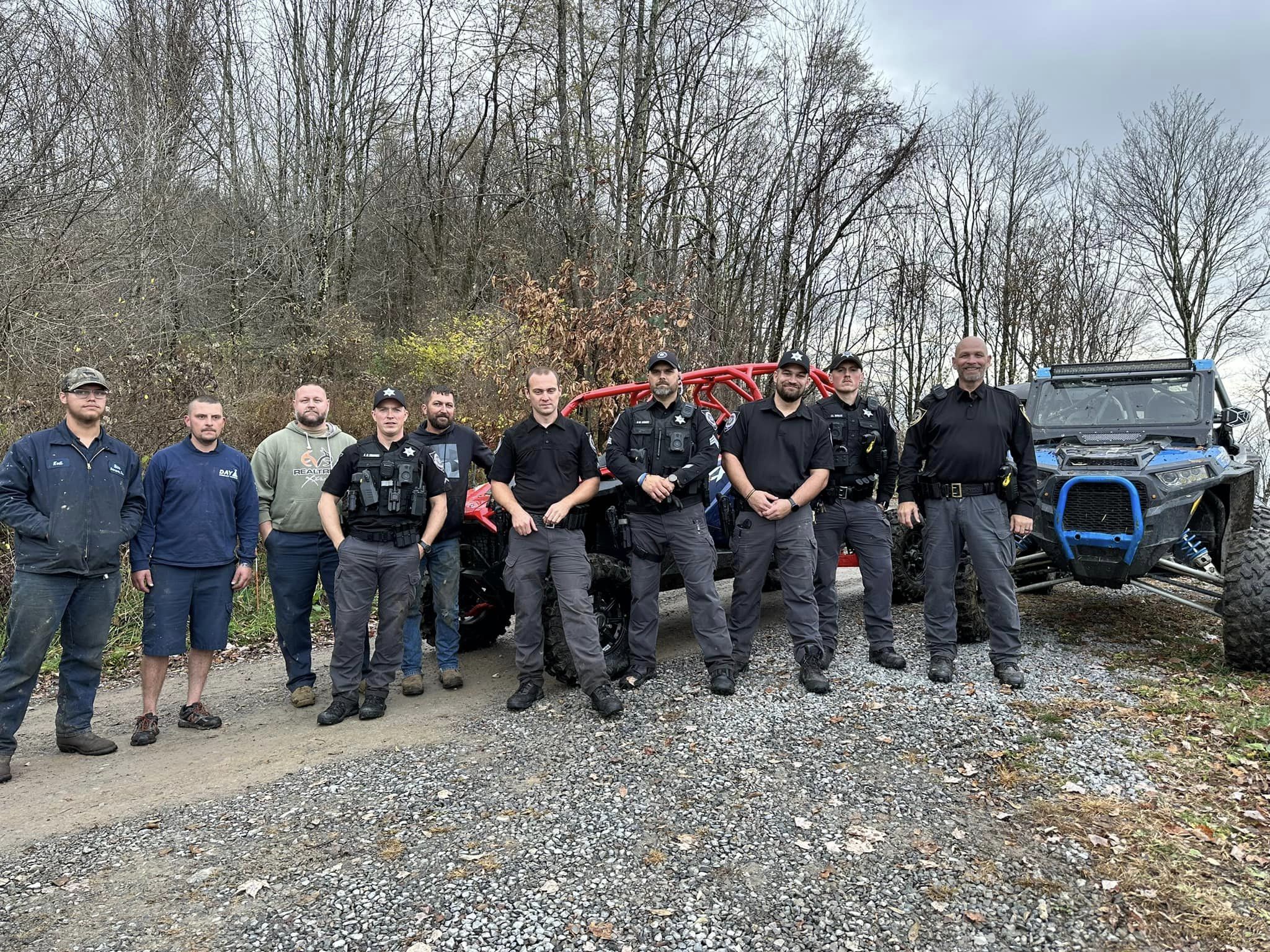 ELKINS, W.Va. — The Randolph County Sheriff’s Department hopes tips from the public along with evidenced gathered at a breaking and entering incident in the early morning hours of Halloween in Elkins will result in arrests.

The theft was discovered around 7 a.m. Monday when employees arrived for work. The theft had occurred earlier in the morning. Deputies were able to recover evidence at the scene and obtain some surveillance video which showed parts of the crime and the suspects.

Later in the day, authorities were dispatched to an area near Isner Creek where four UTV’s were pursued, but eluded authorities into the mountains in the direction of Kelly Mountain and Sky View.

Randolph County 9-1-1 got a call Tuesday about a U-T-V discovered hidden in a wooded area of the Isner Creek location. Investigators determined it was one of the stolen machines. Information was developed and led authorities to a barn on Isner Creek where two more U-T-V’s and an ATV were recovered, all stolen in the heist.

Later in the day authorities searched on foot in the Sky View area of Kelly Mountain and found the four remaining machines had been run over the side of the mountain. One machine was on its side, but all were recovered and returned to the owner.

So far, no arrests have been made, but authorities hope the public can assist with information which will lead to suspects in the case. Randolph County Sheriff Rob Elbon credited calls from the public for the quick recovery of the stolen machines and hoped additional calls would help lead to the arrest of those responsible.