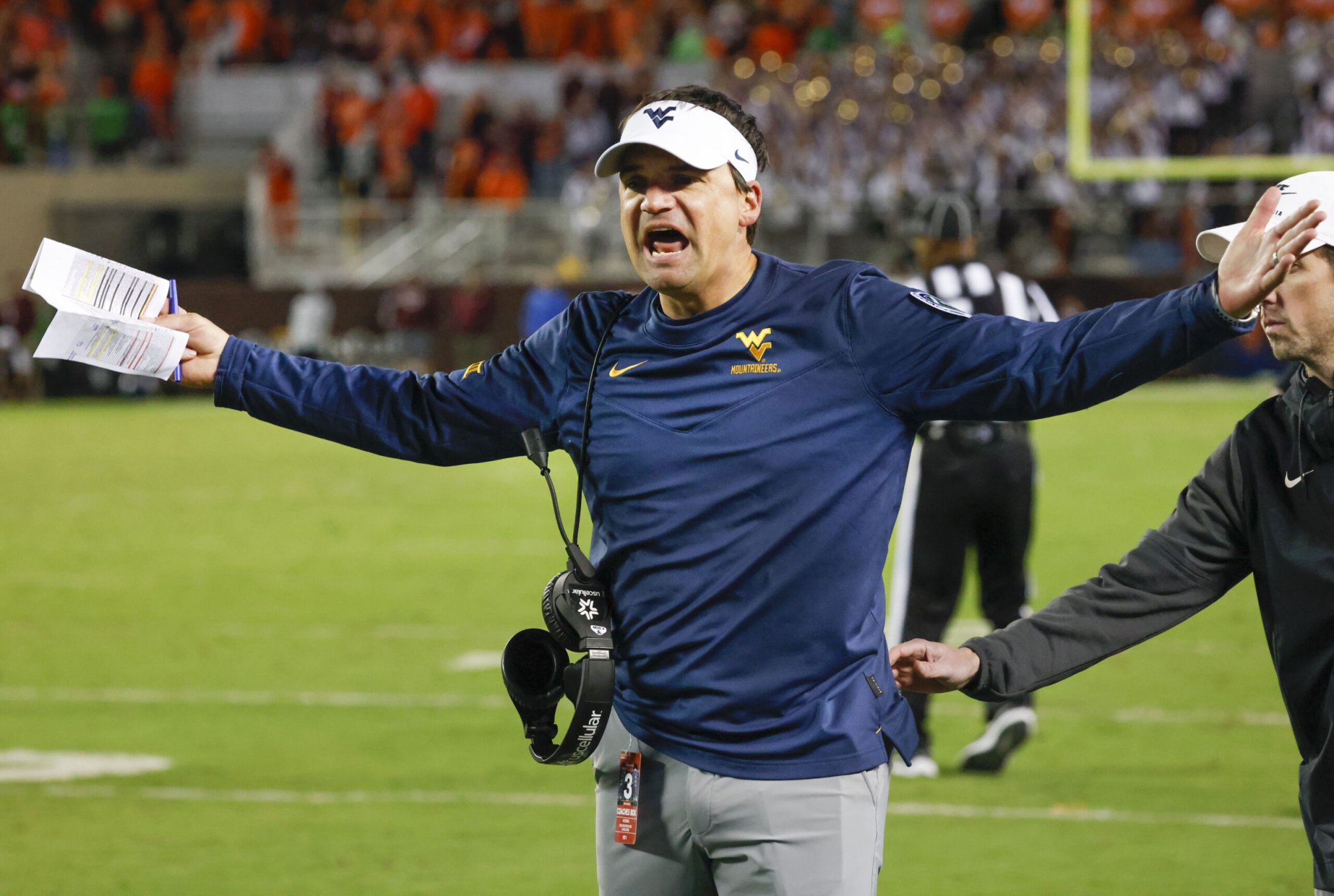 MORGANTOWN, W.Va. — Mired in a three-game losing streak that’s left West Virginia with little chance of a non-losing 2022 season, Mountaineers’ head coach Neal Brown maintains his team’s mentality is where it should be.

This after Saturday’s 31-14 loss at Iowa State marked the Mountaineers’ third straight setback, tying for the second-longest losing streak in Brown’s four seasons at West Virginia.

“The attitude of the team is positive. We went back and had practice on Sunday,” Brown said. “We have three games left in the season and we’re really not looking for anything after that. We’re just saying, ‘Hey, let’s do the best we can this week.’ We need to perform better on Saturday and to do that, you have to practice and prepare.

“But the mentality of the team was good. They’re not pleased with the results, but had a good work day and good lifting this morning and we’re back to work this afternoon.”

As the losses mount and bowl eligibility looks dubious at best, Brown says he’s doing his part to keep a positive approach within the program, which is guaranteed to have a non-winning record in Big 12 play a fourth straight year. The Mountaineers need to win two of their final three games to avoid their worst record in Brown’s four seasons as head coach. Without another win, West Virginia would finish with six straight losses and its worst record since finishing 2-9 in 1978.

“I hate losing. Losing makes everything difficult to deal with,” Brown said. “I hate it because the people in this building are investing a lot. I hate it because we really haven’t had to experience that very often. Now what people say doesn’t necessarily affect me, but losing is painful to go through. There’s a lot more things out there that people have to be down about. When I come into this building, I refuse to be negative. We’re not going to feel sorry for ourselves as coaches or players.”

Coming off what Brown referred to Saturday as a putrid offensive performance in which the Mountaineers finished with only 200 total yards and produced half of their offensive output after the Cyclones had the game well in hand, West Virginia’s task is to try and regroup ahead of Saturday’s noon matchup against Oklahoma.

“The bottom line is we’re going to do everything we can to prepare to win a game,” Brown said. “It happens to be Oklahoma this week, so we have to do everything within our power as a head coach, coordinators and all the way down our staff and our players have to prepare, practice and perform on Saturday. That’s the focus. I just kind of get lost in the work. Failure is temporary unless you accept it and I refuse to accept it.”

Considering the circumstances, Brown seemed relatively optimistic, though he’s well aware of what’s become an increasingly frustrated fan base not seeing the results it hoped for. The Mountaineers (3-6, 1-5) are in last place in the Big 12 and have had very little momentum throughout a 2022 campaign that began with two hard-fought losses.

In turn, home attendance has dwindled, West Virginia has yet to sellout any of its four games at Milan Puskar Stadium and its average attendance this season is 49,652. It seems far-fetched Saturday’s crowd for the Sooners will reach or surpass that total.

Social media has been abuzz about Brown’s job status.

“What I try to relay to my daughters and my wife and I talk to our players about this a good bit is they’re not attacking you personally,” he said. “Even though they may at you and it’s your Twitter account, Instagram or whatever else they have these days, it’s not personal. If you allow that to be personal, that’s on you or that’s on me.

“Almost all people doing that type of activity on social media don’t know you. They don’t know me. It would be foolish of me to take that personal and it would be foolish of our players to take that personal. They’re not pleased with the product and that’s fair. That’s kind of how I talk to my kids and our team about it. It’s something you have to deal with if you’re going to be in the public eye. You have to deal with the highs and lows.”

Brown provided injury updates on several key players as the Mountaineers continue to battle attrition with the season entering the stretch run.

Tailback Tony Mathis, sidelined each of the last two games with an injury suffered at Texas Tech, will return against Oklahoma.

So, too, will spear Lance Dixon, who like Mathis, has been out the last two contests after being injured in Lubbock.

Left guard James Gmiter will not play in his fourth straight game Saturday, while spear Davis Mallinger will be out a second straight week and the remainder of this season for an injury suffered October 29 against TCU. Mallinger underwent surgery and Brown said he “is going to miss a significant piece of time.”

Cornerback Charles Woods, limited to appearing in four of the first nine games, was shaken up against the Cyclones and labeled questionable by Brown to face the Sooners.

Safety Aubrey Burks battled injury at Iowa State as well, but Brown said Burks would practice Tuesday and “he’s going to be OK.”

The return of Mathis could boost an offense in need of one after managing only 200 total yards on a mere 49 plays against Iowa State.

Mathis is averaging five yards per carry and has rushed for 492 yards and five touchdowns over seven games.

“It’s going to help. He’s a downhill runner and he’s physical and really good in short yardage,” Brown said. “The other thing, too, is after [quarterback JT Daniels and center Zach Frazier], and from a skill position standpoint after JT, Tony is probably the leader among those guys. He’s vocal and he has a real positive energy about him.”