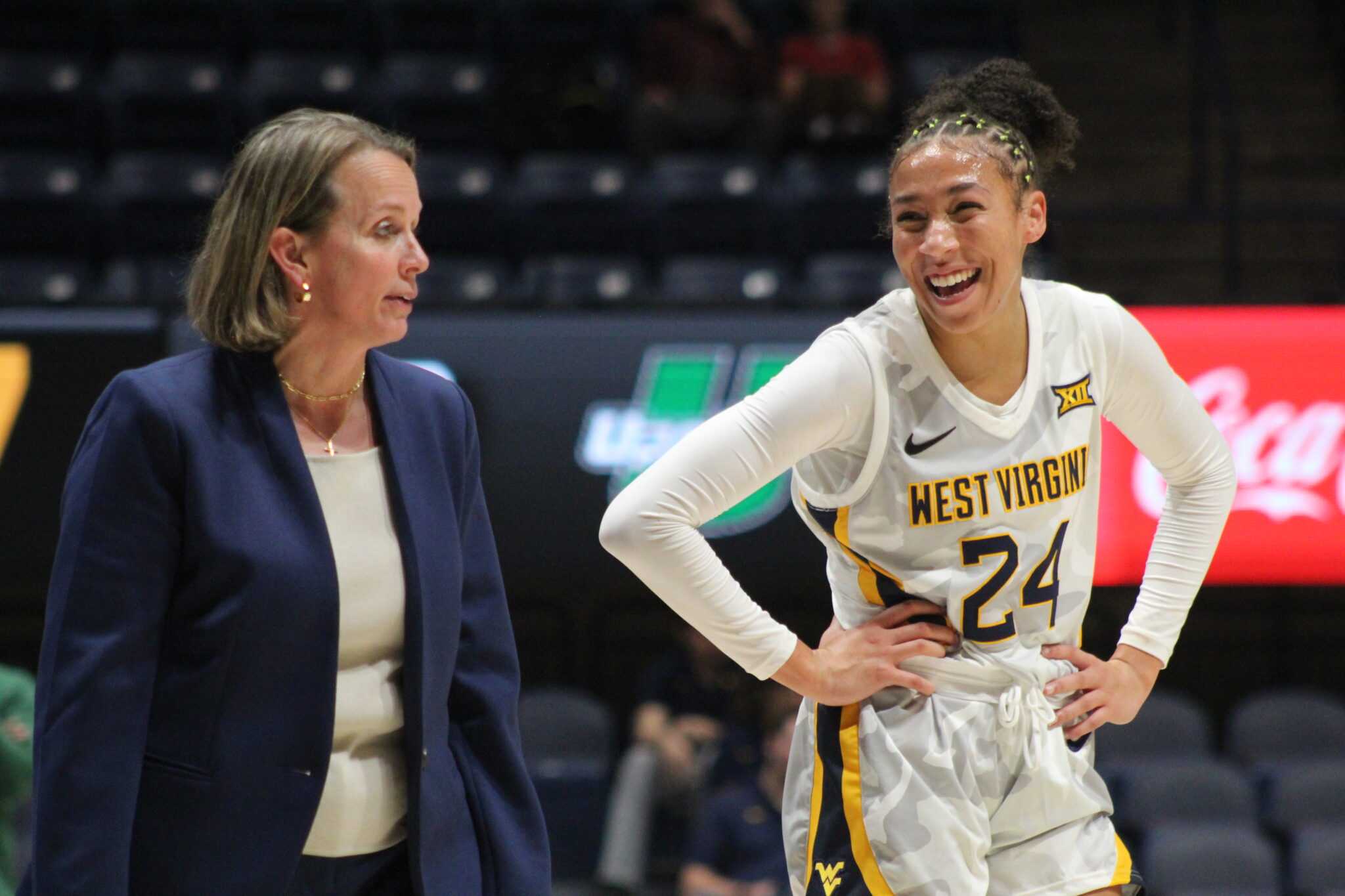 MORGANTOWN, W.Va. — Over 5,000 students will make their way to the Coliseum Thursday morning as the WVU women’s basketball team hosts Winthrop. The “Education Day’ game will tipoff at 10 a.m. and several education-based promotions will take place throughout the game.

“Maybe we end up recruiting some young fans. Maybe they follow along and start coming to some more games. That’s a hope that we have.”

Plitzuweit won her debut game at WVU on November 10 when the Mountaineers defeated USC-Upstate 81-31. Twelve Mountaineers found the scoresheet and WVU did not allow double-digit points in any quarter.

“On the offensive end, I thought we got better as the game went. This is the second opportunity to play at home. We kind of saw that in the second half and we made some adjustments. We slowed down a little bit and got some better shots. We have to find a way to do that a little bit earlier.”

Winthrop (0-3) is in their second season under Semeka Randall Lay. She was an assistant coach for Mike Carey at WVU in the 2007-2008 season.

“Winthrop is a team that plays in attack-mode. They come at you. They attack the rim at a very high level with dribble penetration and they pass inside to the post kids.

“They’ve got some kids on the perimeter they can space and they can shoot it too.”

Plitzuweit continues to mix a blend of seven returning players and six newcomers. Sarah Bates is in her sixth season of college basketball. She started at UC-Santa Barbara before transferring to Kansas State. After redshirting in her lone season at KSU, Bates played three seasons at Georgia Tech.

“A lot of my senior roommates had left Georgia Tech. They were bringing in a bunch of new people and younger players in. I was like, ‘You know, I’ll try somewhere else for my grad year and somewhere that has a masters program that I would enjoy’.”

Tavy Diggs is a native of Plano, Texas and she played three seasons at TCU before transferring to West Virginia in the offseason.

“I have talked to Madi [Smith] a couple times about playing against each other. We just laughed it off talking about last year and the year before. It has been a great experience.”