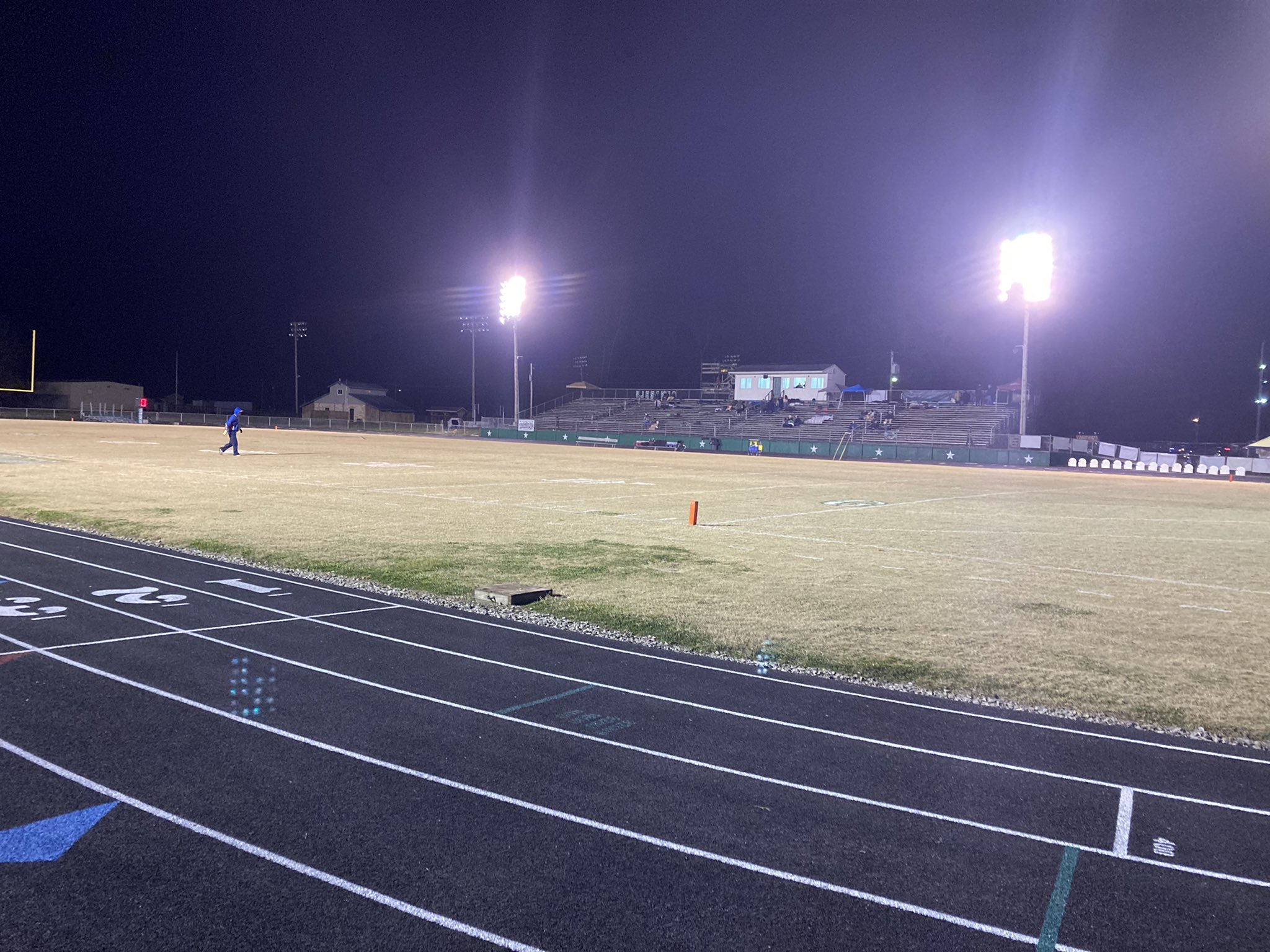 A closer look at quarterfinals across the state on Friday.

No. 4 HURRICANE 56, No. 5 George Washington 28: The Redskins’ explosive offense was at the top of its game and Mondrell Dean rushed for 130 yards and four touchdowns to help Hurricane qualify for a state semifinal for the first time in school history.

Dean had a highlight-worthy 57-yard TD run in which he broke free from multiple tacklers.

Jeremiah Riffle, Hurricane’s leading rusher this season, was also a key factor and rushed for 120 yards and a touchdown.

Noah Vellaithambi had 170 passing yards and threw a pair of touchdowns — one to Tyshawn Dues and the other to Elijah Rivera.

Dues had 89 receiving yards as part of the Hurricane attack, which produced better than 500 yards in the victory.

For all of its offensive production, Hurricane got a vital defensive play early when Lucas Rippetoe intercepted a pass and returned it 29 yards for a touchdown and 14-0 Redskins’ lead.

Abe Fenwick had a strong effort in defeat despite the pick six. The GW quarterback threw for 315 yards and a pair of touchdowns to Hayden Hatfield that totaled 37 and 72 yards, respectively. Fenwick also had a rushing touchdown in the loss.

Anthony Valentine added a 41-yard rushing score for the Patriots and did plenty of damage in the pass game with five receptions for 129 yards.

No. 9 HERBERT HOOVER 27, No. 1 Winfield 26: Dane Hatfield’s 5-yard touchdown pass to Jacob Burns capped a 70-plus yard drive in the final 2-minutes enabling the Huskies to tie the game with 2 seconds left and Levi Paxton knocked home the point-after kick to send Hoover to the semifinals.

The Generals (10-2) had taken the 26-20 lead after Hatfield lost a fumble deep in Huskies’ territory and Winfield’s Bray Boggs then scored to give his team the lead with 1:32 remaining. The two-point conversion failed.

Hatfield then led his team down the field on the winning drive.

Hatfield, who passed for 102 yards and rushed for 87 more, threw a 60-yard touchdown pass to Burns to give Hoover (9-2) the early lead.

K-Juan Pearson brought in a 15-yard touchdown pass from Brycen Brown to pull Winfield even, and the game stayed tied at 7 until Hatfield’s 24-yard TD pass to Burns in the third quarter.

Boggs’ 3-yard TD run helped Winfield tie it at 14, before Hatfield broke free for a 35-yard TD run, though the point-after try was blocked, leaving the visitors with a 20-14 lead.

Boggs’ 20-yard reception on a pass from Hayden Hinkle tied it at 20, but Winfield’s point-after try failed, which prevented the Generals from taking the lead.

Boggs rushed for 93 yards in the loss, which snapped Winfield’s 10-game win streak.

Hoover brings a nine-game win streak into semifinal week and awaits the winner of No. 4 Scott/No. 5 Frankfort.

The Huskies avenged an early season loss (19-14) to the top-ranked Generals.

A special teams play was the difference in No. 6 North Marion’s 13-12 win on the road at third-ranked Roane County Friday night 13-12.

Trailing 13-7, North Marion’s Harley Sickles blocked a punt midway through the fourth quarter. The Huskies took over at the 20 yard line of Roane County which would lead to a Casey Minor go-ahead touchdown with just under six minutes left in regulation. It was the final score of the game.

The Raiders finish the season at 11-1. They were led by Shay Harper who finished with 130 yards rushing and a touchdown.

North Marion (10-2) is back on the road in next week’s semifinals taking on defending champion Independence.

No. 1 JAMES MONROE 48, No. 8 Greenbrier West 13: The Mavericks built a 28-6 halftime lead and rolled to a victory over the Cavaliers.

“They were about as focused and determined as I’ve seen them,” Mavericks’ coach John Mustain said. “I told them I’m as proud of them as any team I’ve had here. Just tickled to death.”

Cooper Ridgeway rushed for three touchdowns, including one from 13 yards in the fourth quarter that capped the scoring in the contest.

“Cooper Ridgeway was running like he was possessed,” Mustain said. “A little bit of an extra gear and more determination than on a usual night.”

Carr rushed for a 52-yard touchdown in the fourth quarter that helped put the game out of reach.

The Mavericks will welcome the winner of Saturday’s quarterfinal between No. 4 Wahama/No. 5 Wheeling Central.

No. 11 DODDRIDGE COUNTY 21, No. 3 Cameron 6: The Bulldogs held the Dragons scoreless until late in the game when the outcome was no longer in doubt. With the win, Doddridge County advanced to its third state semifinal in four seasons.

Seth Richards scored a first-quarter touchdown to stake Doddridge (10-2) to a 7-0 lead.

A Bryce McKinney touchdown allowed the Bulldogs to double their advantage before halftime and Trenton Huffman scored on a quarterback sneak to make it 21-0 in favor of the visitors during the fourth quarter.

The Bulldogs will face the winner of Saturday’s matchup between No. 2 Williamstown/No. 10 East Hardy.