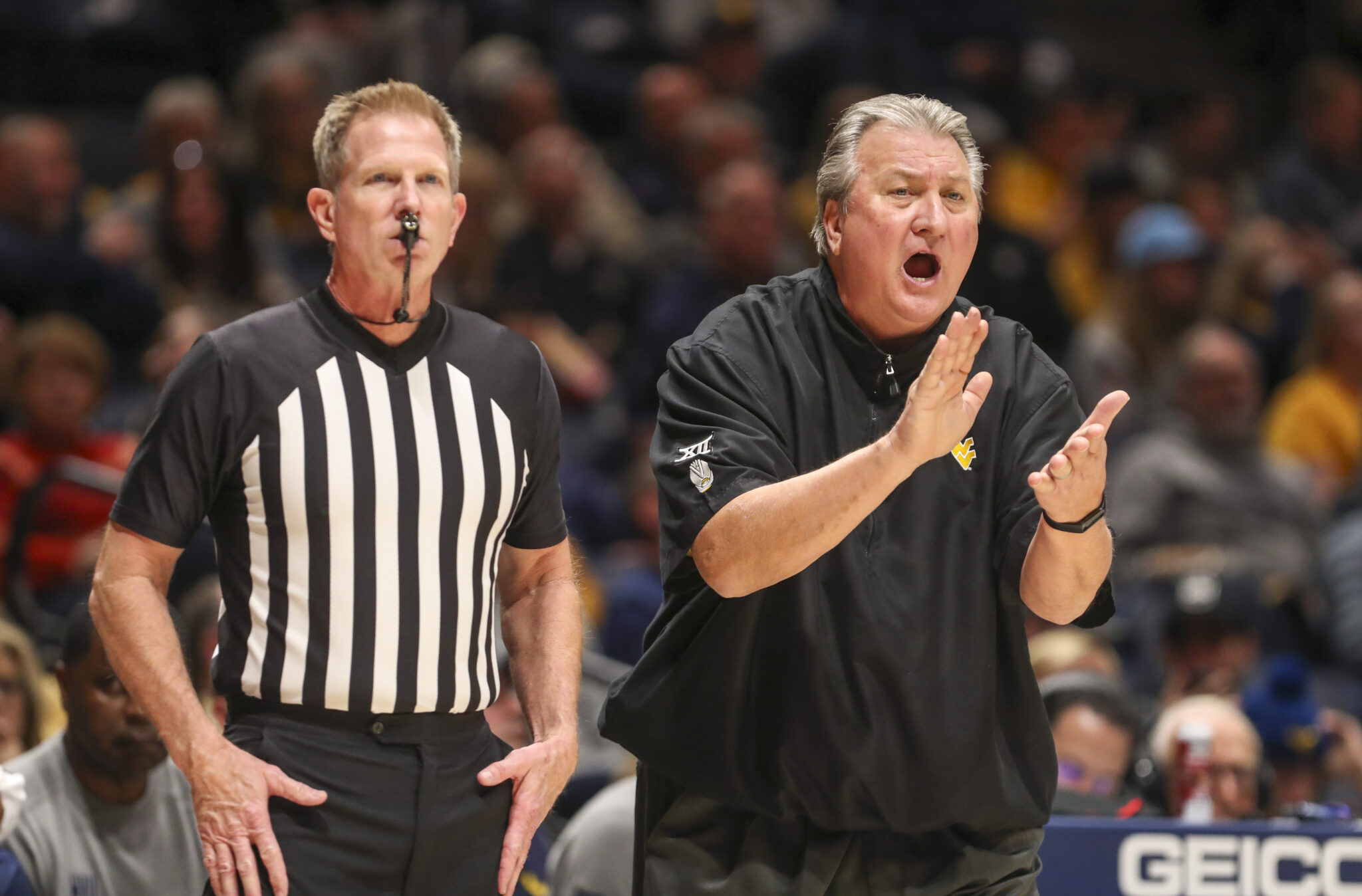 MORGANTOWN, W.Va. — Through four games and two weeks this season, West Virginia has displayed numerous positive traits that have allowed the Mountaineers to win each contest comfortably.

Among the more impressive figures are shooting percentages of 50.9 on field goals, 37 from 3-point range and 75 from the free-throw line, each of which has helped produce 81 points on average for the Mountaineers.

Yet ahead of three games at the Phil Knight Legacy in Portland starting with No. 24 Purdue (3-0) on Thanksgiving night, another statistic seems to have a lot of attention of veteran head coach Bob Huggins — the team’s 34.3 rebounds, which ranks 10th among 10 teams in the Big 12 Conference.

“We’re last in the league in rebounding, which if you’d ask a couple of our guys, they’d tell you it’s because we make more shots than we usually make,” Huggins said. “There might be some truth to that.”

Still, West Virginia is out-rebounding opponents this season by 2.8 on average, though the difficulty of that task will increase greatly over a stretch of three games in four days. After battling the Boilermakers, West Virginia will play Friday against Gonzaga or Portland State as well as Sunday against either Xavier, Florida, Duke or Oregon State.

Though the Mountaineers have been solid defensively in holding teams to an average of 57.2 points on 37 percent shooting, Huggins sees a need for improvement there as well.

“We have to guard better,” he said. “We really haven’t guarded all that well. There’s some more things that we’d like to be able to get into the arsenal, and this is a good opportunity to see how the things we’re trying to explore a little bit work against quality people. This is playing the who’s who of college basketball. Everybody recognizes the names, who’s coaching them and who their great players were over the years and so forth and so on. You look at it as an opportunity to put yourself in pretty good standing nationally.”

It’ll be West Virginia’s first time competing in an event that started in 2017 and occurred annually until 2019, but is back for the first time since then.

Considering WVU could face three high-profile opponents and is assured of playing at least two, the event will give the Mountaineers a far better idea of how far along they are in the opening month and how much of the 4-0 record may be attributed to opponents with a combined mark of 7-13 through Sunday.

“It helps us because we’re playing quality people and well-coached teams,” Huggins said. “That’s an all-star coaching group out there. It’s not just really good teams. There are really good coaches. Their teams are going to be prepared and I’m sure they’ve looked at a lot of film as have we. We do one of these virtually every year and it’s kind of fun. It’s a little colder than Mexico, the Bahamas, Myrtle Beach or Charleston [South Carolina] was. We have jackets. We’ll be alright.”

The event named after Knight, co-founder and chairman emeritus of Nike, also provides West Virginia the opportunity to play three nationally-televised games, each of which will be carried by ESPN2, ESPN OR ESPNU.

For a team that began the season without much in the way of national expectations, it’s a chance to garner attention and bolster what Huggins is hopeful becomes a NCAA Tournament-quality resume over the next few months.

“Playing people early is good, because let’s say we go 3-0 out there, that’s huge,” Huggins said. “That puts us in a different category of where we are because of a year ago. But you go 0-3, now you’re struggling to catch-up.”

“It’s your entire schedule. It’s not what you did in your conference,” he continued. “These things count as much as a game early on in the Big 12, Big Ten or whatever. They count.”