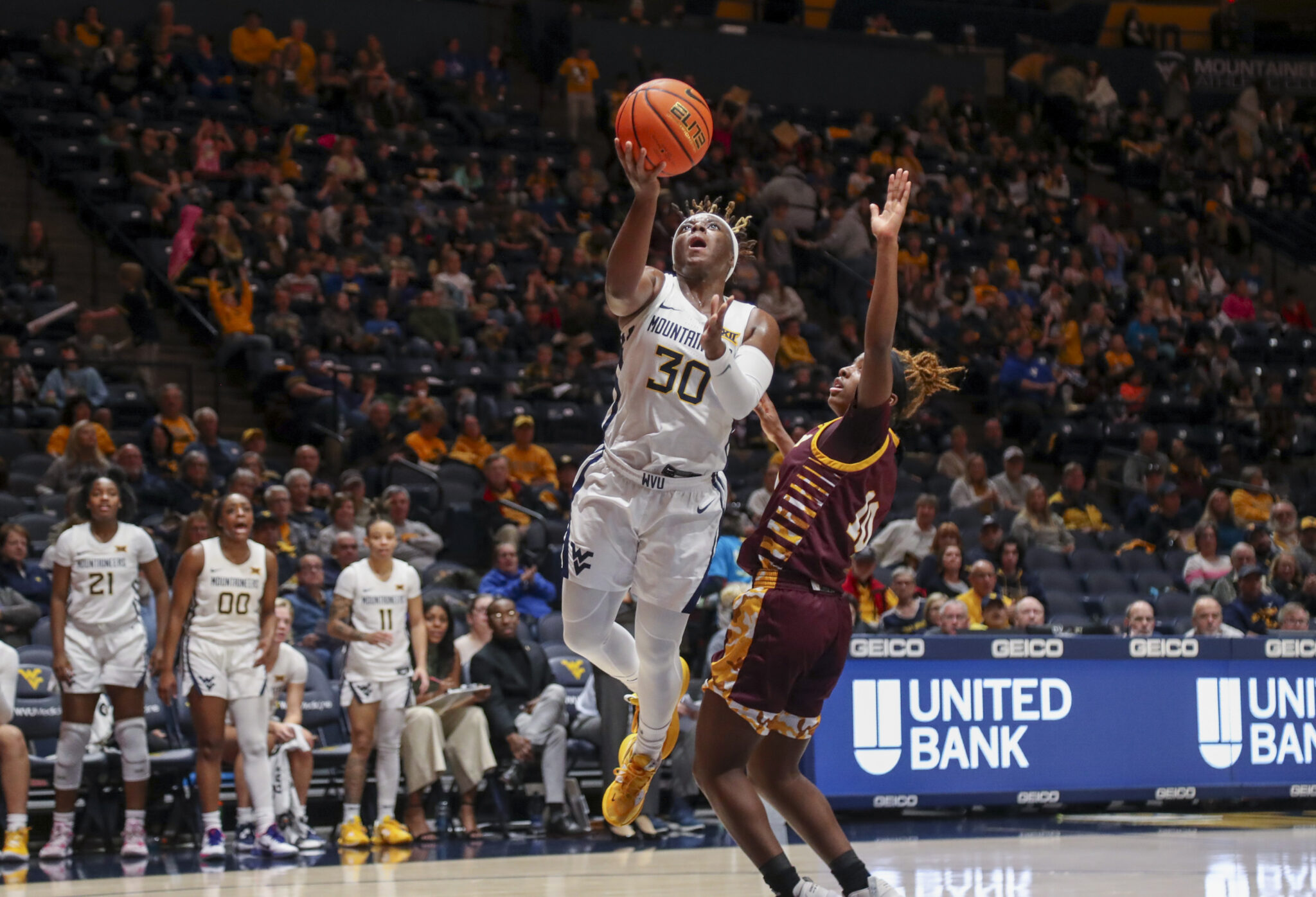 MORGANTOWN, W.Va. — West Virginia’s women’s basketball team has gone from the relatively frigid Morgantown climate to a much warmer one in Cancun, Mexico, where the Mountaineers will play two games Thursday and Friday in the annual Cancun Challenge.

“We haven’t played a team that’s going to really punch us in the face,” fifth-year guard Madisen Smith said following Sunday’s 72-51 victory against Appalachian State. “It’s exciting to be able to play some good competition. No knock to this team we just played. They’re a great team, too, but it’s exciting to be able to play a higher level team and on the road to see how we can do with that.”

Smith was part of a Mountaineers’ team that went 1-1 in the Cancun Challenge in 2019. First-year West Virginia head coach Dawn Plitzuweit also has familiarity with the event from her tenure at South Dakota when the Coyotes won one of three games in Cancun in 2017.

“We’re excited about it. Good opportunity for us again to continue growing and learning,” Plitzuweit said. “It’s a great tournament and a great setup. Been to it before. It’s a first class event, so looking forward to it.”

The Mountaineers have taken care of matters early on, defeating USC Upstate 81-31 and recording 22 and 21-point victories over Winthrop and Appalachian State, respectively.

Defense has been the calling card for West Virginia in November. The Mountaineers have limited opponents to an average of 43.3 points on less than 32 percent field-goal shooting, while forcing 91 turnovers.

Offensively, West Virginia remains a work in progress as the Mountaineers have made only 40.5 percent of their shots, 20-of-78 3-pointers and 25-of-43 free throws.

Perhaps the most notable positive offensively is that West Virginia has only 33 turnovers. Plitzuweit is hopeful it’s only a matter of time before the Mountaineers score at a higher rate.

“Over the course of my coaching career, a lot of times, teams start really well on one end of the ball and then the other end has to come along,” Plitzuweit said. “What we’re seeing is defensively we’re farther ahead than we are offensively, but offensively, we’re doing some really good things.

“The way that our kids have to play defensively in order for us to be good is really aggressive and takes a lot out of you, and then it becomes a different situation on the offensive end. You have to slow down, get the ball in your hands, get in control and take a deep breath, but then on the other end, go pressure again. That will come in time and hopefully that time is coming soon.”

Smith leads WVU with a scoring average of 13 points, while fellow guards JJ Quinerly and Jayla Hemingway follow at 10.3 and 10, respectively.

That trio each originally came to West Virginia to player for former head coach Mike Carey and chose to stick around following the coaching change.

“We played with each other a lot last year,” Smith said. “We’re still working, trying to get the kinks out and trying to figure out where we’re going to be. When we turn it up on defense, that’s going to be scary for other teams.”

Kylee Blacksten, a 6-foot-3 forward and Colorado transfer, had the best performance of her young WVU career with 18 points and eight rebounds in the most recent outing. It increased her scoring average to 9.3 points.

“She can dribble the ball, shoot threes and get to the basket,” Smith said. “That’s really hard to guard. I’m excited to be able to play with her throughout the season and she what she can give us this year.”

West Virginia will look to prevent the Chippewas from earning their first win. Thus far, CMU has lost to Valparaiso, Oakland, Indiana State and Michigan State, with the margin of defeat increasing in each contest and ranging from 7-30 points.

Friday’s challenge figures to be West Virginia’s toughest yet, with the Wolfpack convincingly defeating Quinnipiac, Elon, Mount St. Mary’s and Charlotte before falling Sunday to Connecticut, 91-69.

“The bottom line is we want to be competitive and in our games at home, we’ve been competitive. Now we go on the road and we need to compete and figure out what that looks like,” Plitzuweit said. “We need to figure out how do we work on things. We will do a self scout. What do we have to work on for us? Then we’ll work on studying our opponent and figuring out what that looks like.

Sports
Mountaineers too much for Midshipmen, 85-64
West Virginia executed at a high level against Navy's 2-3 zone, though the Mountaineers had difficulty getting stops until they pulled away just before the midway point of the second half.
By Greg Carey
Sports
England native James Okonkwo enjoying 'wonderful' time in second season at WVU
Okonkwo is averaging 11 minutes per game in his second season with the Mountaineers.
By Joe Brocato
Sports
WVU WR Sam James declares himself eligible for the NFL Draft
James led the Mountaineers with 745 receiving yards in 2022.
By Joe Brocato
Sports
With both teams rolling, Marshall and Duquesne set to battle in Pittsburgh
Both the Herd and Dukes enter with identical 7-1 records.
By MetroNews Staff