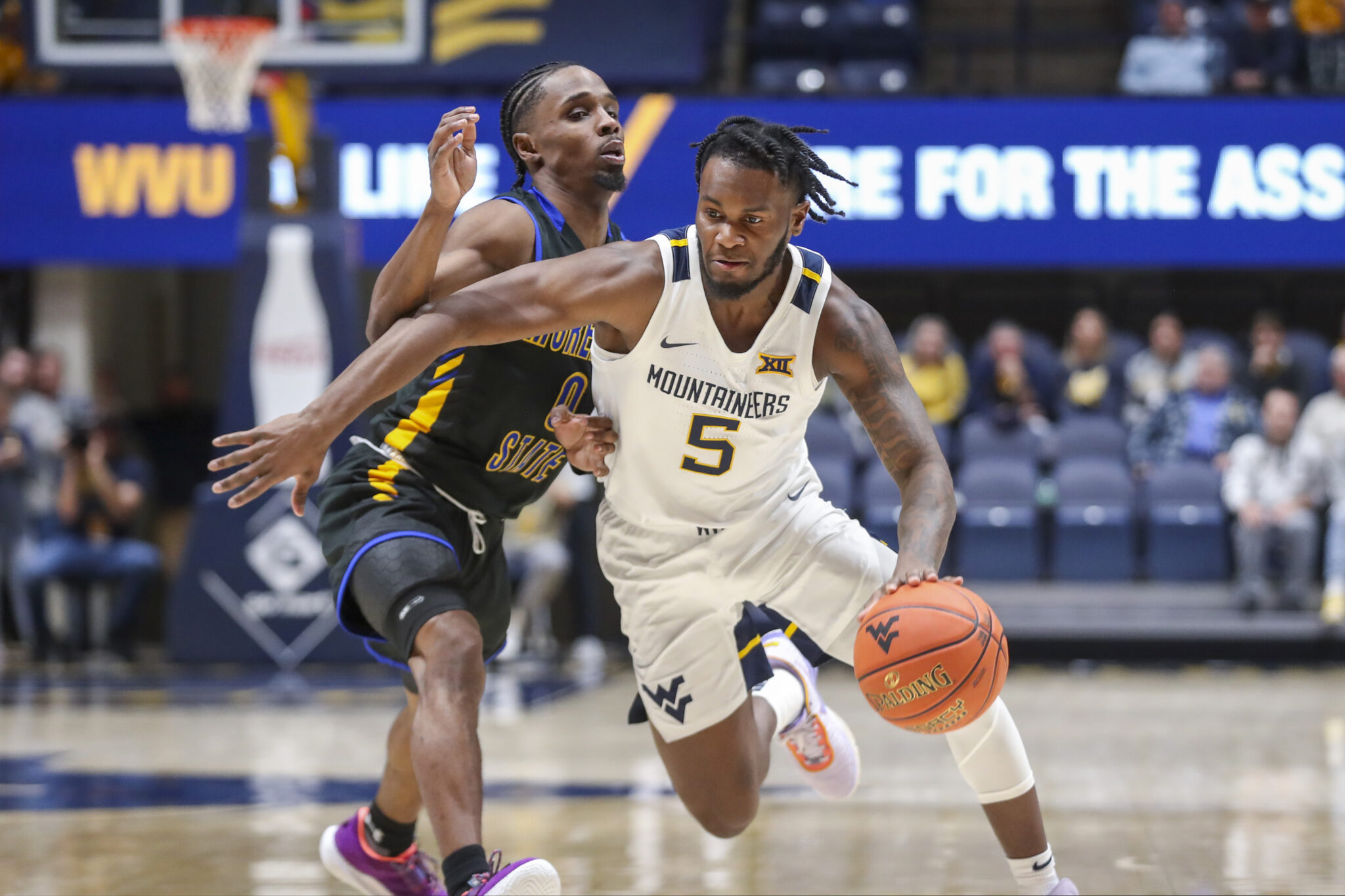 West Virginia and No. 24 Purdue put a wrap on Thanksgiving night when the two unbeaten teams battle at 10 p.m. inside Veterans Memorial Coliseum in Portland.

The contest, which airs on ESPN2, is the third of four games on the opening day of the Phil Knight Legacy.

“Our guys are excited for it,” Mountaineers’ head coach Bob Huggins said. “It kind of tells us where we are and what else we have to improve on and those kind of things. We’ve pretty much done it most years. Just a different venue.”

The Mountaineers (3-0) traveled Tuesday to Portland and their matchup with the Boilermakers (3-0) marks the first of three games over a four-day stretch. Gonzaga or Portland State await Friday and West Virginia will face Duke, Florida, Xavier or Oregon State in its tournament finale Sunday.

“We’ve been in a bunch with blue bloods,” Huggins said in regards to West Virginia’s tournament history during Thanksgiving week. ”I wouldn’t think it would be any worse or any better.”

Still, as Huggins pursues career victory No. 921 and his 331st at West Virginia, the Mountaineers’ toughest challenge this season awaits.

Purdue has beaten Milwaukee, Austin Peay and most recently Marquette on November 15.

The Boilermakers have one of the tallest and most productive players in the country in 7-foot-4 junior center Zach Edey. He’s averaging 20.7 points, 13.7 rebounds and 3.3 blocks on 65 percent shooting. Edey has recorded a double-double in all three games. He’s increased his production after averages of 7.4 points and 4.4 rebounds as a freshman and 14.4 points and 7.7 rebounds a season ago.

“It’s a combination of a lot of hard work that Matt and his guys put into helping him. I saw him when he first signed at Purdue and he’s come a long, long way,” Huggins said. “But he’s always had great hands. They’ve done a terrific job with him and spent a lot of time with him. He’s 7-4. Our biggest guy is 6-10. What’s that, six inches?”

The Boilermakers’ top scorers outside of Edey are guards Braden Smith, Fletcher Loyer and Brandon Newman, who each average between 9.3 and 10.7 points and have combined to make 16 of the team’s 23 3-pointers.

Huggins believes Edey is capable of keeping up with the backcourt when the Boilermakers try to play in transition.

“He gets up and down the floor extremely well for someone that size,” Huggins said.

West Virginia has been impressive offensively during its unbeaten start to the season, and the Mountaineers bring a shooting percentage slightly north of 50 percent into the tournament.

Guard Erik Stevenson is averaging a team-high 14 points and forward Tre Mitchell follows at 13.3. The two have combined to make 41-of-66 shots and 12 of 23 from long range.

Stevenson, Mitchell, Toussaint and Matthews each played last season at other Power 5 Conference schools, but have helped lead an early season resurgence that West Virginia hopes to continue against quality competition.

“Every team is different and every team brings a different faction,” Huggins said. “What you try to do is make the positives better and try not to have too many negatives.”

Sports
Class AAA title game will showcase two of state's top quarterbacks in Shockey, Lochow
Parkersburg South and Huntington are playing Saturday in large part because of successful dual-threat quarterbacks that have guided two of the top offenses in the state.
By Greg Carey
Sports
Mountaineers look to bounce back from first loss when they host NC-Central Wednesday
The Mountaineers are 4-1 after losing to No. 11 North Carolina State last week.
By Joe Brocato
Sports
Keys to victory in the Class AAA championship game
MetroNews will have broadcast coverage of the Class AAA title game Saturday at noon.
By Joe Brocato
Sports
MetroNews Top Plays (Week 14)
By Joe Brocato