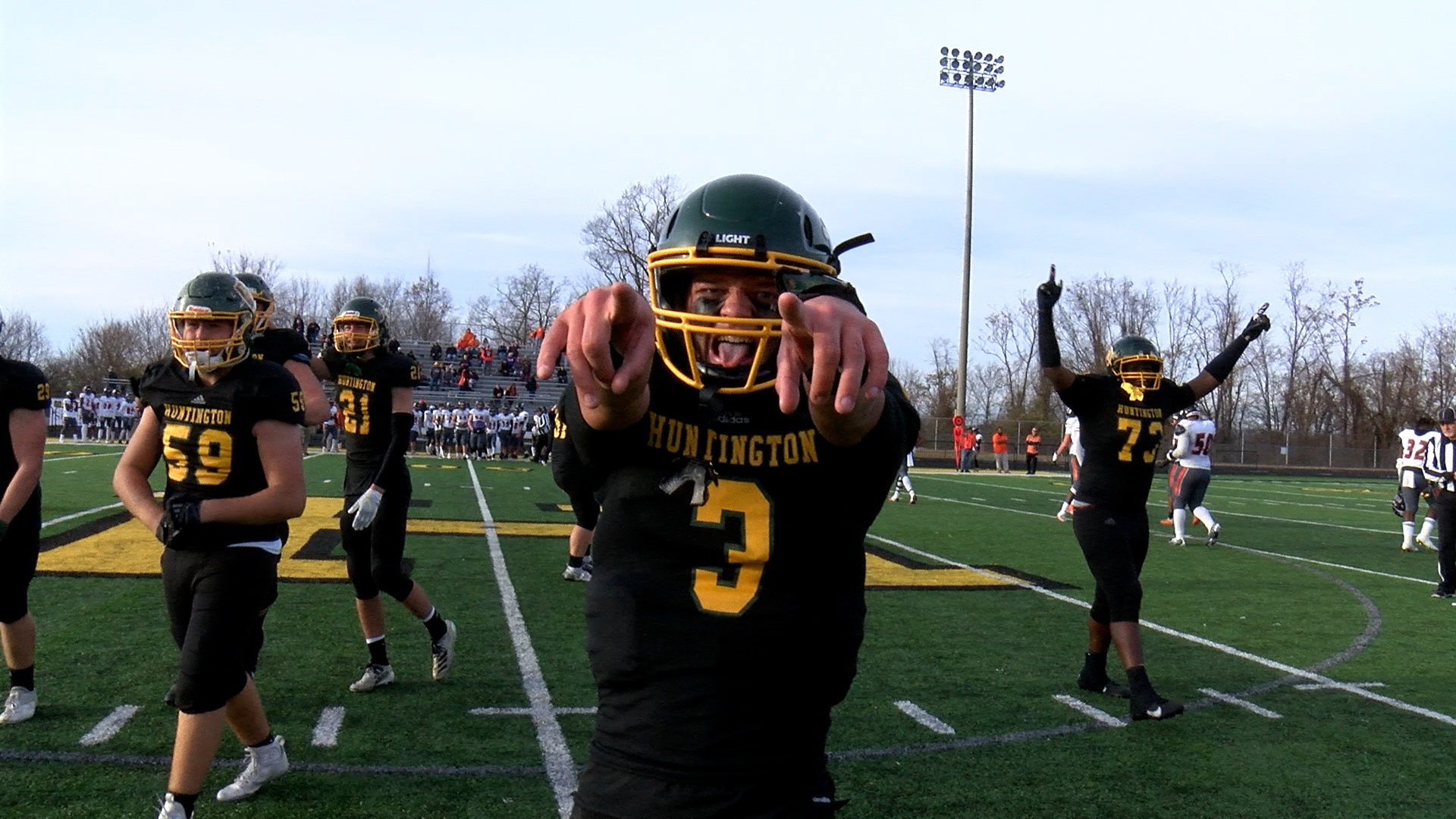 Senior quarterback Gavin Lochow scored rushing touchdowns of 22 and 9 yards in the second half to erase a 21-14 third quarter deficit and give the Highlanders a lead they would not relinquish. Lochow also rushed for four first downs on the drive that clinched the victory in the final minutes. 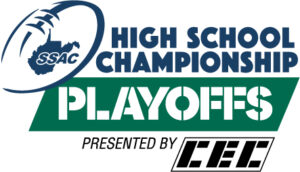 “At the end of the game, Gavin said, ‘Keep it in my hands’. We’d be crazy to take it out of 3’s hands in that situation,” said Huntington head coach Billy Seals. “Our offensive line did a great job. We played good football against the icon of [Class] AAA football. We are right there in the discussion year in and year out with the opportunity to win a state championship. Here we are. We have a chance next week.

“We felt 3 is the best player on the field. We’re going to put the ball in his hands. He made a bunch of plays for us.”

“I told my linemen, ‘Let’s go get it’. We were one yard away from Wheeling and I saw those guys, snapped the ball, they were pushing downfield through the holes,” Lochow said. “We got the first and won the game.”

Martinsburg took a lead just two minutes into the contest. Murphy Clement connected on a 59-yard touchdown toss to Buzz Dover to give MHS a 7-0 lead. Huntington responded with a 10-play, 71-yard drive that was capped by a D’Edrick Graves 1-yard touchdown tote. The game was tied 7-7 after in the opening quarter.

Huntington took their first lead of the game early in the second quarter when Lochow connected with Duane Harris on a 4-yard touchdown strike. The Highlanders took a 14-7 lead into the locker room. Harris ended the game with 7 catches for 111 yards.

“He is a great man-to-man wide receiver. He is a smart kid and runs great routes. He made great plays in the passing game,” Seals said.

Martinsburg shifted momentum in their favor in the third quarter. The Bulldogs recovered an onside kick to open the half. Touchdown runs by Murphy Clement [12 yards] and Ezra Bagent [9 yards] gave the Bulldogs a 21-14 lead.

After Lochow’s touchdown runs in the second half, Huntington collected their fourth turnover of the game with just over four minutes to play. Jordan Price forced a fumble that was recovered by Harris at the Huntington 17-yard line. The Highlanders never gave the ball back.

Huntington will face No. 1 Parkersburg South (12-1) in the Class AAA championship game next Saturday at noon.

“When I saw we were the higher seed and we were going to play at home, I knew we were going to win. The crowd was unbelievable. On third downs, they were making it loud. That hurt losing to them dudes. The whole team bounced back and I am so happy to get this win,” Lochow said.

The loss was Martinsburg’s first in postseason play since 2015.