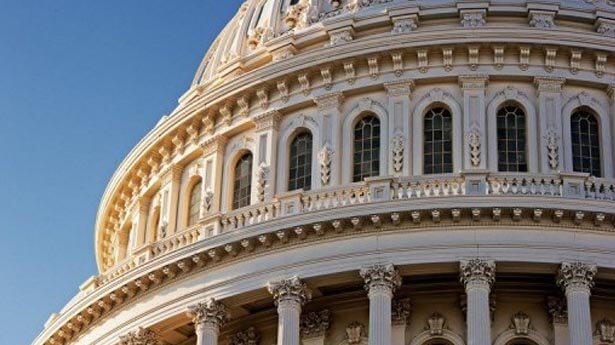 FAIRMONT, W.Va. – The race for the West Virginia U. S. Senate seat currently held by Democrat Joe Manchin could set the field for other races, possibly the office of President of the United States.

On WAJR’s “Talk of the Town,” Director of the Fairmont State University National Security and Intelligence Program and an Assistant Professor of Political Science and Law, Greg Noone said the early announcement by Republican Second District Congressman Alex Mooney started the campaign clock ticking for 2024.

Now Republicans, Attorney General Patrick Morrisey, West Virginia Secretary of State, Mac Warner and Evan Jenkins, former Congressman and Chief Justice of the West Virginia Supreme Court of Appeals may throw their hats in the ring. Jenkins was defeated by Morrisey in the primary for that senate seat in May of 2018.

“Mooney is smart to try to lay down a marker and declare that’s the seat he’s running for ,” Noone said. “He wants to try to push Morrisey, Warner and perhaps (Evan) Jenkins into the governor’s race that’s going to happen in two years.”

In July of 2022, the governor released a statement citing a poll by the Morning Consult showing Justice as the fifth most popular top state executive in the country.

“To be among the very highest-approved governors in America is a true honor. With all the historic successes we’ve seen in West Virginia, especially in the past year, people are prouder than ever to be from this state. They’re walking around with their heads held high, and that’s exactly what this poll proves,” Gov. Justice said.

For Noone, Mooney is a solid candidate, but would have difficulty battling against a popular two-term governor.

“Mooney has the money and he has Trump backing him, but at the end of the day Mooney is from Maryland,” Noone said. “I think going up against someone like Jim Justice, who is so well respected around the state I think it would be Jim Justice versus the outsider.”

Noone believes this is where the “Jim Justice Factor” reaches across political parties and could push incumbent U.S. Senator Jor Manchin into the 2024 campaign for the White House. Noone said the best option for the Democrat party to win key states like Pennsylvania, Wisconsin and Michigan could be a 2024 Manchin run for President.