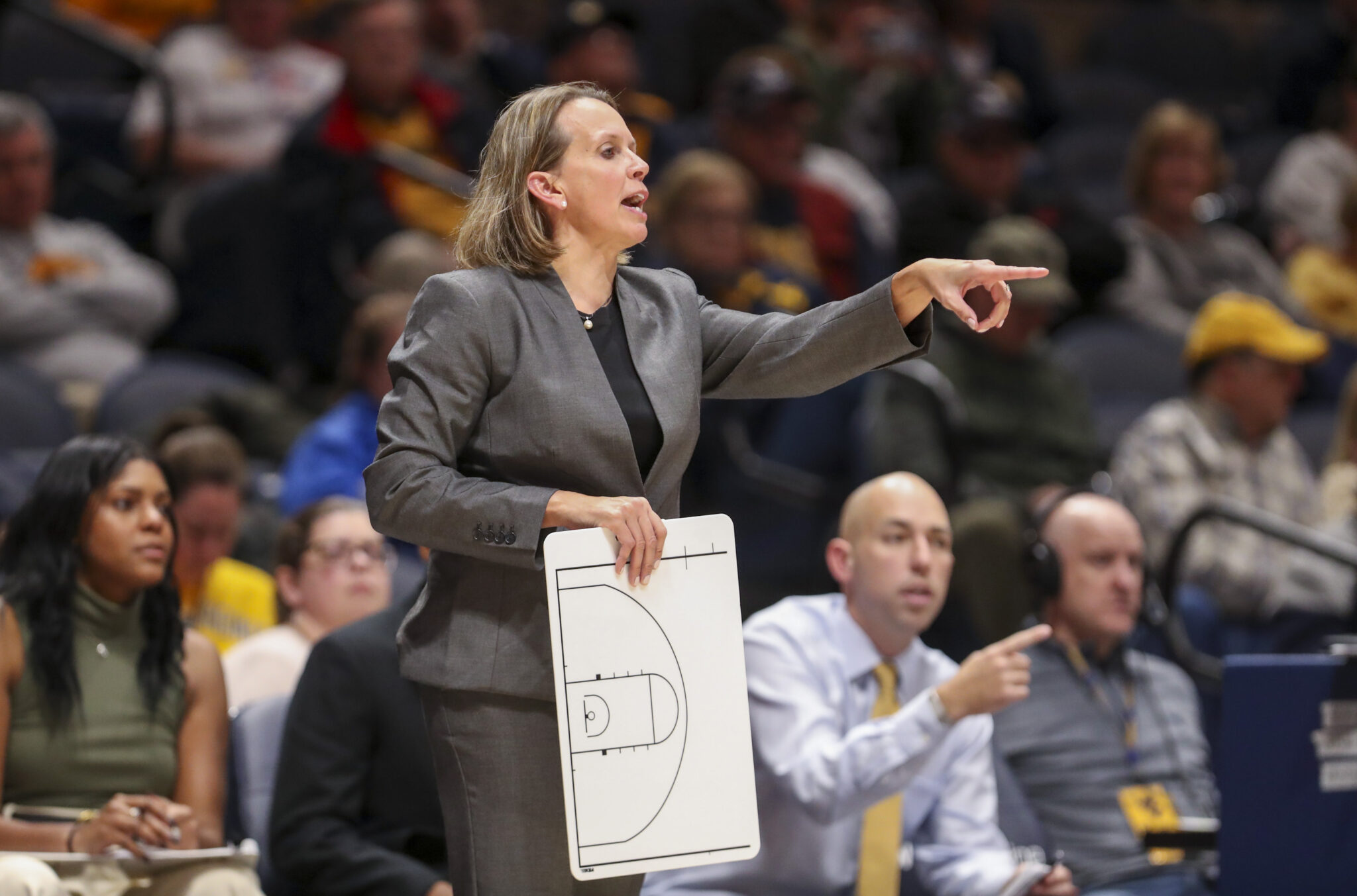 MORGANTOWN, W.Va. — The WVU women’s basketball team breezed through four comfortable victories to open up the season with wins over USC-Upstate, Winthrop, Appalachian State and Central Michigan. Facing a significant upgrade in competition Friday afternoon in Cancun, Mexico, the Mountaineers fell to No. 11 North Carolina State 78-40.

After defeating CMU on Thursday, West Virginia (4-1) had less than 24 hours to prepare for the Wolfpack.

“Honestly, we weren’t set up to succeed right now to play one of the top teams in the country with a very, very short turnaround. Things went against us in that scenario. And that’s okay. The bottom line is that is going to help us prepare for the future,” said head coach Dawn Plitzuweit.

“The message to them is that it is a long year and it was just one game. It is a great opportunity for us to learn and grow. We have done that. What’s important is that in our four games leading up to that when we go back and watch film of our team afterwards, we show areas we have to get better and we have done that.”

“Defensively, we did really well the first game. We moved the ball well on offense. I thought we did a lot of little things that we have been doing this whole year. But I think with the turnaround time, we just weren’t really prepared to play as great of a team because we are a new team. I think we have a lot to learn,” said WVU fifth-year guard Sarah Bates.

“Playing a Top 25 team, I think that is what we needed because we saw great post players and post players that can shoot the inside jumper and play back to the basket.”

North Carolina State shot 35-of-67 from the field while the Mountaineers made just 15 of 66 shots.

“We had a great opportunity to play against teams that do a really good job of getting the ball inside, spacing with shooters and attacking in different ways. That was really good for us,” Plitzuweit said. “We can watch film all we way and say, ‘We need to do it this way’. Because when we play against teams that are really physical, they are going to be able to throw the ball inside. But then to actually see it happen, now we completely understand.”

In five games, the Mountaineers have been unable to shoot better than 29 percent from 3-point range. Against N.C. State, WVU went 3-for-29 from beyond the arc.

“Right now, the glaring thing for us is making shots. When you go back and look on film at the quality of shots we are getting, we are getting high-quality shots. That’s really important. Now we have to feel comfortable enough and confident enough and have the ability to knock those down consistently. We haven’t demonstrated that at this point in time,” Plitzuweit said.

Sophomore guard JJ Quinerly scored 16 points against the Wolfpack, shooting 8-of-16 from the floor.

“When things aren’t going our way, JJ can create a lot of things on both ends of the court. She can create defensively by picking up and pressuring the basketball. She can create by getting to the rim. She is getting more and more confident shooting the ball from the perimeter,” Plitzuweit said.

West Virginia will host NC-Central (2-5) Wednesday evening at the Coliseum. Tip time is set for 7 p.m. This will be the first game in a three-game homestand for the Mountaineers.