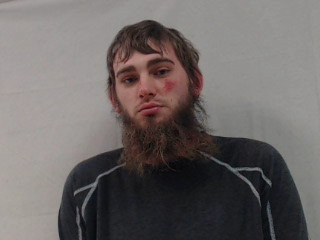 SUMMERSVILLE, W.Va. — A Charleston man was arrested Tuesday night in Nicholas County after fleeing from deputies while driving under the influence.

Brandon Michael Eads, 28, is accused of driving into oncoming traffic and striking at least two vehicles before the chase ended in a head-on collision with a Summersville Police cruiser on U.S. Route 19.

Eads was traveling north in the southbound lanes just after 10 p.m. Tuesday. No one was hurt.

Eads is being held in the Central Regional Jail.