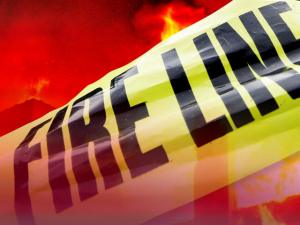 The blaze was reported at just after 7 a.m. in one of units at an apartment complex in the 800 block of Toneys Branch Road near Bloomingrose.

Four apartments were destroyed in the blaze. No injuries were reported.

Firefighters from Racine, Danville and Whitesville were on the scene.

There was no early word on what started the fire.