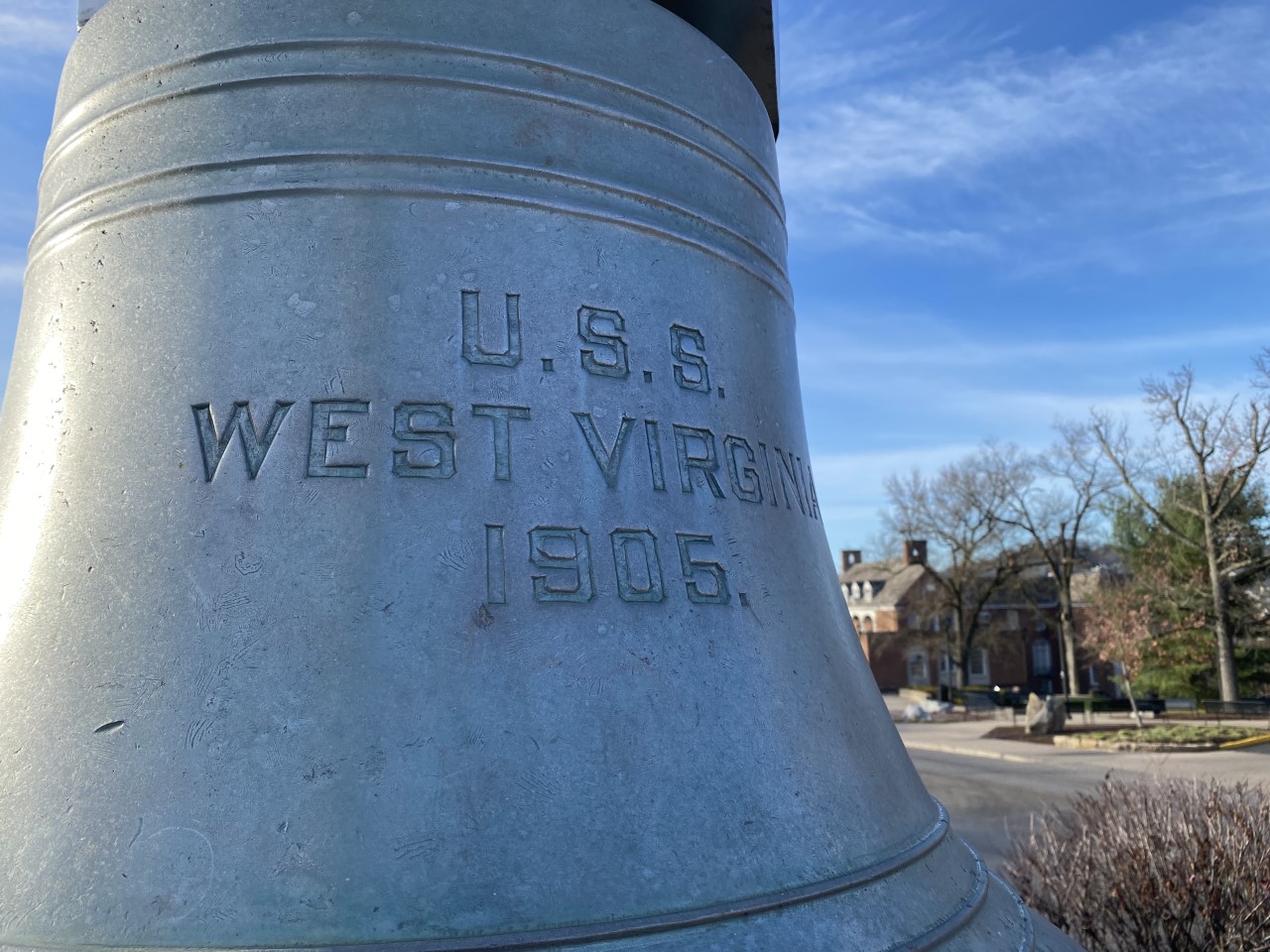 MORGANTOWN, W.Va. – Several members of the public and members of the WVU Reserve Officers’ Training Corps gathered to remember the 81st anniversary of the attack on Pearl Harbor in Oglebay Plaza at the site of the mast of U.S.S. West Virginia on WVU’s downtown campus Wednesday afternoon.

The Colorado Class Battleship named after the Mountain State was moored on Battleship Row in Pearl Harbor December 7, 1941 when the Japanese hit her with two bombs and seven torpedoes, 106 sailors were killed in the attack.

The ceremony included remarks from Brigadier General Hope Rampy, director of Military Personnel Management at the Pentagon and a 21-gun salute.

WVU ROTC Command Sargent Major (CSM), Marshall Lowman said the ceremony was not just for soldiers, sailors and airmen killed at Pearl Harbor, but all conflicts.

“I think it’s a day to look back and remember,” Lowman, a junior at WVU, said. “Not only those who served and sadly died at Pearl Harbor, but anyone who served and died.”

WVU ROTC Cadet 1st Class Anne Melton said it was for those killed in that unprovoked attack and to remember the importance of that day in history.

“It’s very important for future generations and my generation to continue to commemorate the fallen on this very tragic day,” Melton said.

Melton, a sophomore, has wanted to serve in the military her entire life and when she learned WVU could help her make that dream come true in the Air Force she enrolled.

“I have always wanted to serve in the United States military and as soon as I found out WVU had Air Force ROTC- that’s what I wanted to do,” she said.

Melton was the last person at the ceremony to ring the bell from the U.S.S. West Virginia at the Wednesday ceremony.

“It was heartfelt, words can’t describe the way I felt,” she said. “Feeling the vibration off the bell ringing it, and being the last one to ring the bell was a great honor.”

Lowman said he has always wanted to join the US Army and wants to fly, Lowman believes the ROTC path is the best way to reach that goal.

“I think it was really moving,” he said. “It really helped me to further appreciate what this day means to so many people.”