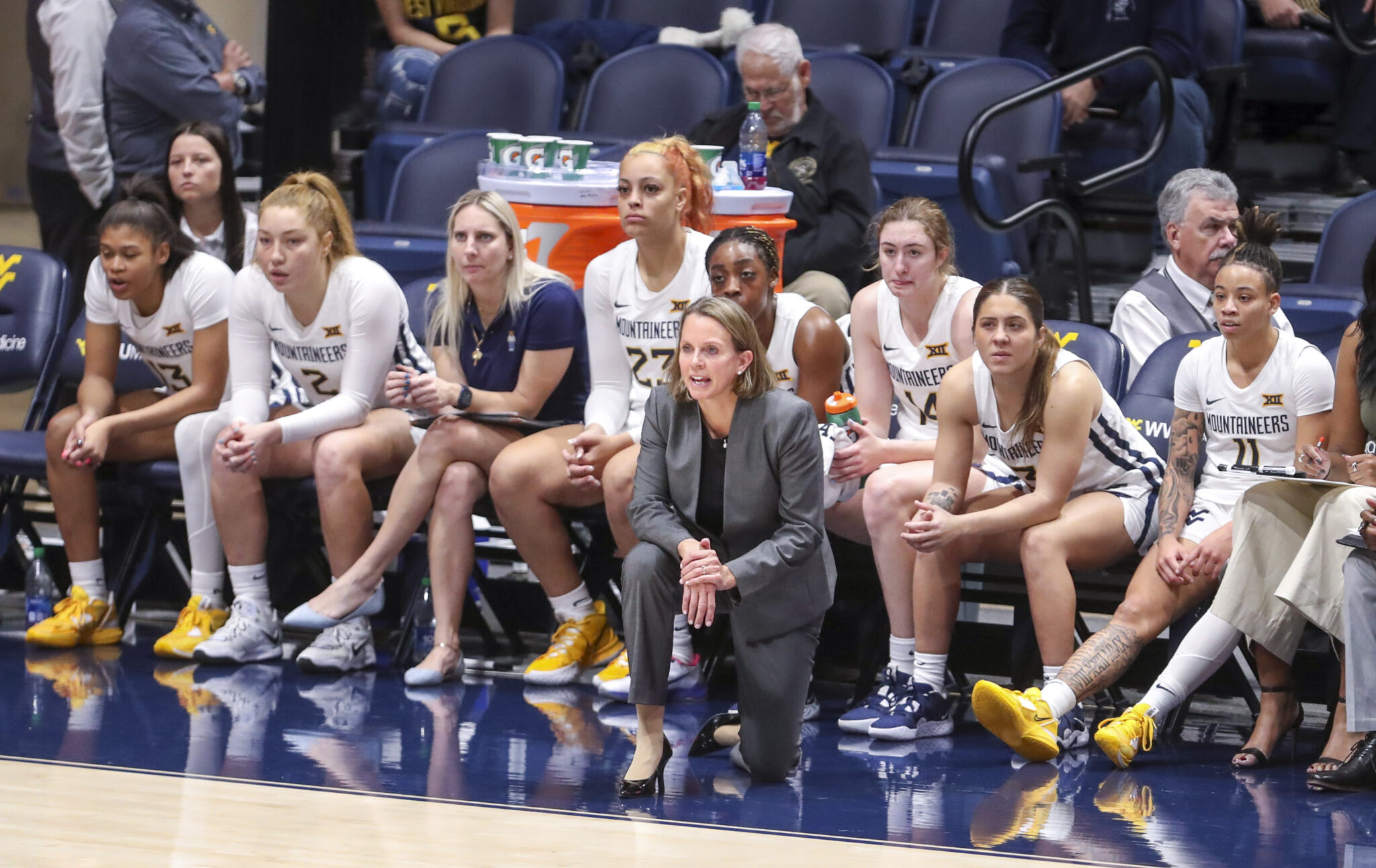 MORGANTOWN, W.Va. — West Virginia’s three-game homestand concludes Thursday evening when the Mountaineers host Robert Morris at the Coliseum. Tip time is set for 7 p.m. and the game will be broadcast on Big 12 Now/ESPN+.

“They are a really tough, gritty team. First you look at them on the defensive end, they are number one in the country right now in 3-point field goal percentage defense,” said WVU head coach Dawn Plitzuweit.

“On the offensive end, they are really versatile. They’ve got a lot of international kids who can score in a lot of different ways. They can all shoot it from the arc and they can get to the rim.”

RMU (6-2) is led in scoring and rebounding by 6-foot sophomore forward Phoenix Gedeon. She is averaging 13.5 points and 8.1 rebounds per contest.

“She makes a lot of good things happen for them,” Plitzuweit said. “The way she gets to the offensive glass is impressive, and then gets to the free throw line. They run some ball screen action with her and when she is involved in it, she can roll and score. She can pop and shoot it or she can drive it.”

“I think they have a lot of versatility. Their post players can drive to the basket. They are really big. We haven’t seen a lot of big teams this year except for N.C. State. It is going to be a challenge to be able to defend bigger players,” said WVU fifth year guard Madisen Smith.

“Through the course of the year, we are going to find times where we are improving in one area. I thought we did that in our last two home contests. I think we shot 41 percent from the arc,” Plitzuweit said.

“What didn’t we do a very good job of? We didn’t take care of the ball at the same level that we had been taking care of the ball at. This was a good week for us. On Monday, we had a day to just really work on who we are and work on fundamental things for us.”

Twelve Mountaineers have played in all seven games and eight Mountaineers are averaging over 14 minutes per contest. Plitzuweit says rotations and lineups remain a work in progress. Big 12 Conference play begins in three weeks.

“We are still working on some combination pieces. I think we saw some of that in the last two games by trying to put some kids in different spots.”

Smith is just nine points away from becoming the 39th Mountaineer to reach the 1,000-point plateau.

“I am excited to be able to join those other 38 players,” Smith said. “That’s a great accomplishment but I don’t want to focus on it too much. It could get crazy. So I just want to let it come to me and when it happens, it happens.”