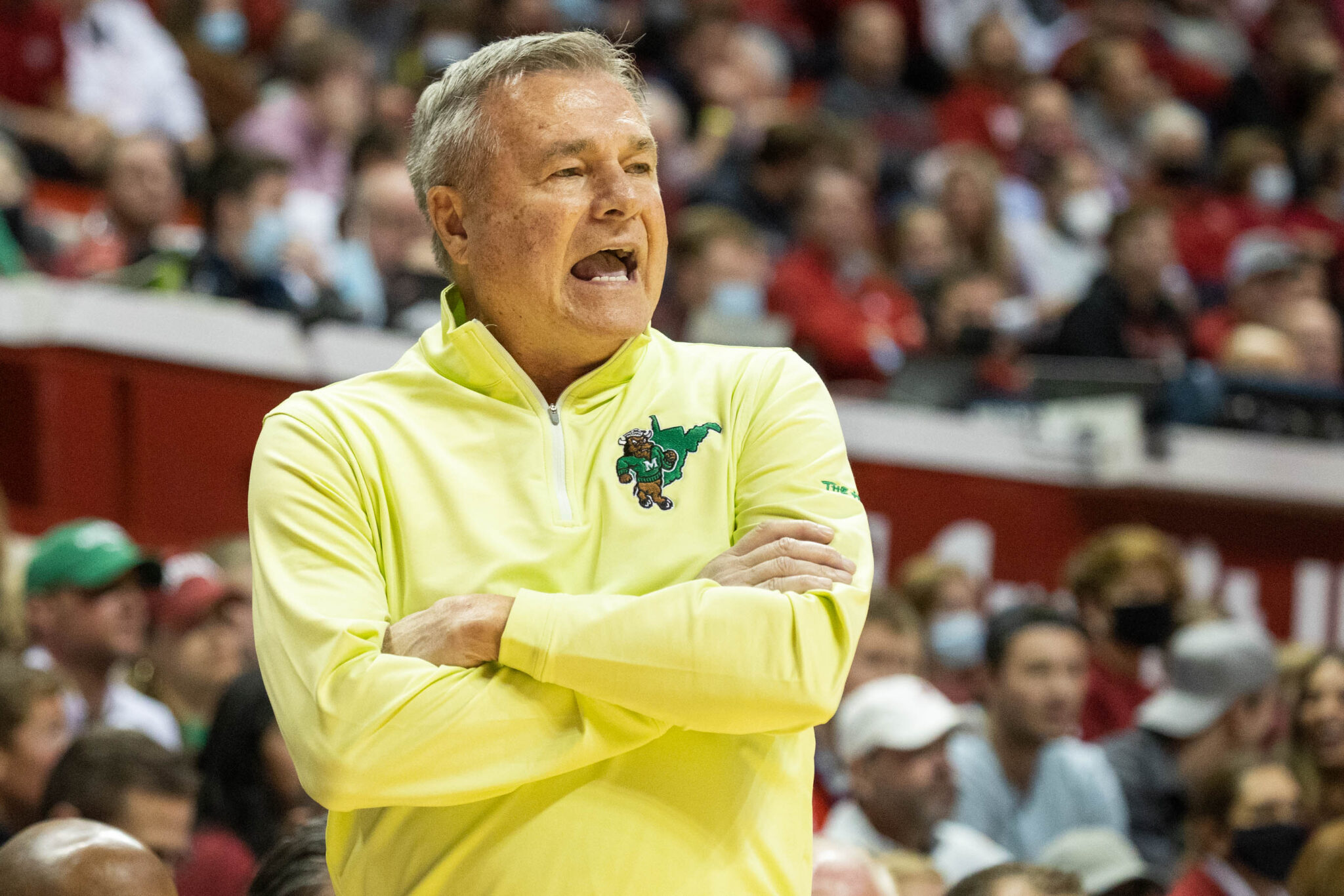 It’s been more than one month since Marshall’s men’s basketball team suffered a loss.

That 83-82 setback on November 7 in Charlotte at the hands of a new Division I program, Queens University, is mostly forgotten by now with Marshall rattling off eight straight wins since.

The most recent win for Marshall (8-1) came Thursday night in Pittsburgh over Duquesne, 82-71. Taevion Kinsey had 19 points to lead the Herd in scoring while freshman center Micah Handlogten was a big factor inside with a career-high 16 rebounds.

The win wasn’t easy as the Dukes got to within 63-59 with 5 minutes in the contest, but the Herd answered with a 7-1 spurt to pull away down the stretch.

Following the victory, Marshall remained in the Pittsburgh area and began preparations for its Saturday night game at Robert Morris.

The game at the UPMC Events Center in Moon Township, Pennsylvania tips off at 7 p.m. and will be shown on ESPN+.

Despite Robert Morris’ losing record, the Colonials have the attention of Herd head coach Dan D’Antoni’s, who says that despite his team’s eight-game win streak, there is no reason to be overly satisfied.

“We can be really good as we get older,” D’Antoni said. “We’re still learning how to handle some times when we face adversity. We’re getting better each game, but we’re not there yet.”

The Colonials are shooting better than 39 percent on 3-pointers, but only 61.5 percent from the free-throw line.

Cheeks and Spear create havoc with their defense and the pair have combined to record 25 of the team’s 31 blocks this season.

The Colonials are coached by Andrew Toole, who is in his 13th season at RMU and has an overall record of 203-200.

After Saturday’s contest, Marshall remains on the road and heads south to play Tuesday at UNC-Greensboro.

Marshall is 5-2 in seven previous meetings with the Colonials and won the most recent matchup played in Huntington in 2020.