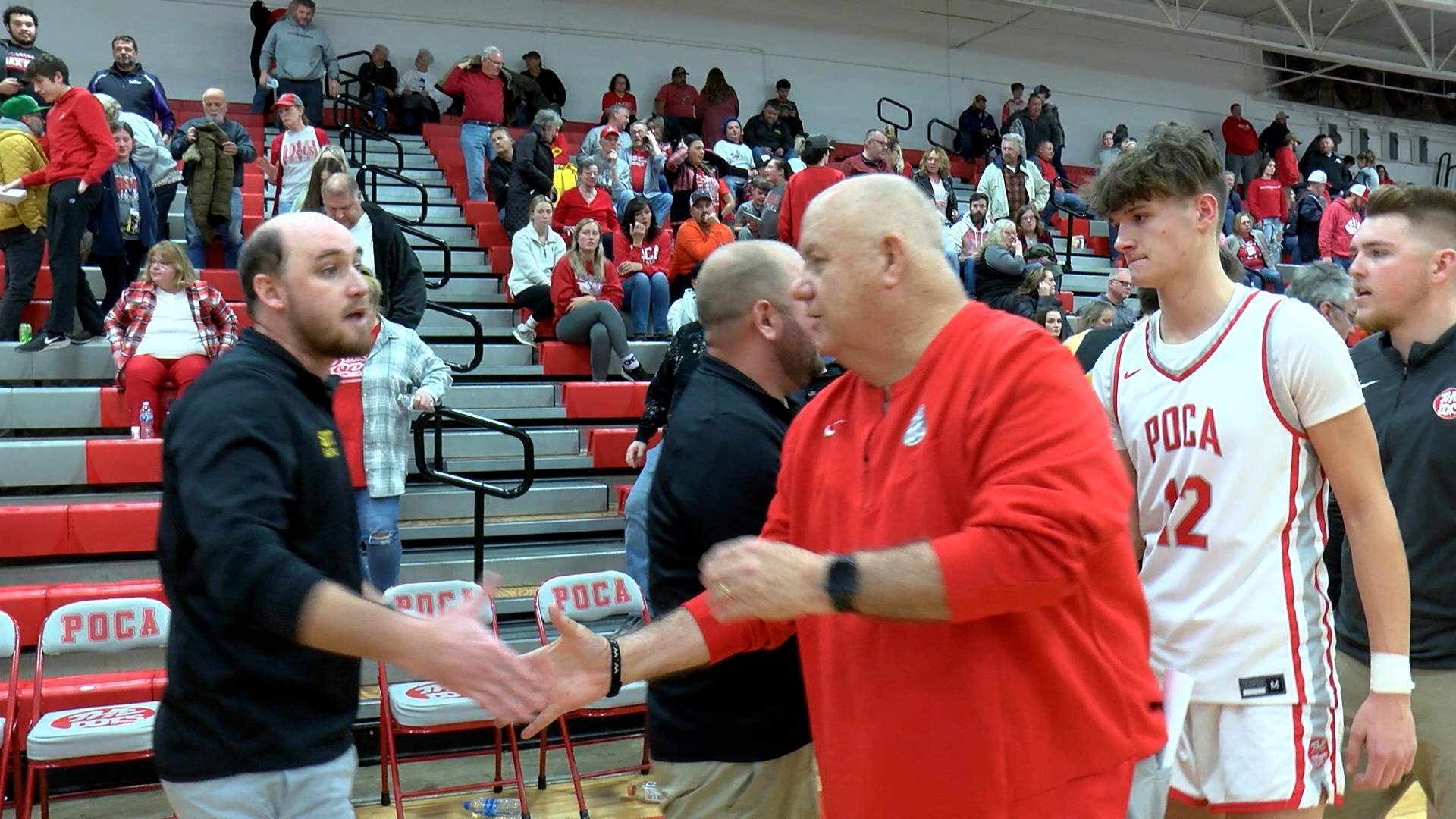 Leading 25-11 at intermission, Scott expanded their lead to 16 points before the Dots rallied back in the fourth quarter. Poca cut the deficit to four points, 41-37 with 25 seconds left. The Skyhawks made three free throws in the final seconds to seal the victory.

“This is a hard place to come into and get a win,” said Scott head coach Shawn Ballard. “A 14-point lead, you see it all the time with these guys, they’ll hit a couple big shots. The next thing you know, it is a tight game. Anything can happen down the stretch.”

The teams traded three 7-0 runs to open the game. Scott led 14-7 after the first stanza. The Skyhawks yielded just four points in the second quarter and they closed the half on an 8-0 run.

“We’ve got guys that can shoot it and we got some open looks for them and we knocked some down. The first three quarters, it was really our defensive intensity. We were getting stops. We were keeping them from getting to spots they wanted to get to on the floor. When we are able to get stops and get out in transition, we’re pretty good.”

Scott usually looks to push the pace in transition, which was a contrast to Poca’s deliberate style of offense.

“The way they control the ball on offense, we didn’t just want to settle for threes. If you miss a few early and let them get up, they can really kind of take the air out of the ball and slow it down. It was important for us when we didn’t have the opportunity to get out and run, to get into good halfcourt offense and get some good paint touches,” Ballard said.

Poca suffered the first loss of their Class AA state title defense. The Skyhawks, who advanced to the Class AAA semifinals in March, have won back-to-back games after losing at East Fairmont in their season opener.