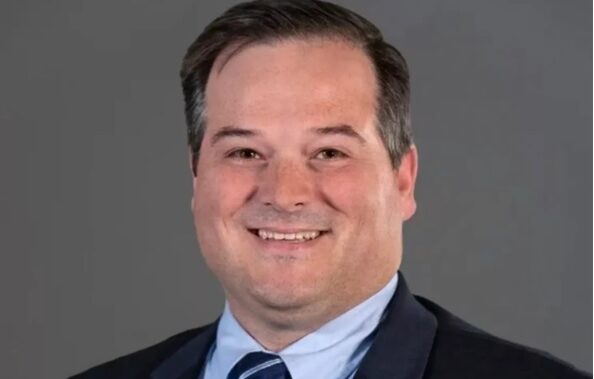 White, 42, a native of Beckley, was shot and killed in his law office earlier this week in Goldsboro, North Carolina. He was doing a mediation Monday when a client pulled a gun.

White is credited with saving the lives of others in the office.

The law firm, Riddle and Brantley, released a statement calling White a skilled lawyer who was a devoted and loving husband and father.

“He would have acted the way the situation required not thinking about himself,” Nelson told MetroNews. “A lot of us would like to think that we would do that, I’m not so sure that we would, but I’m not at all surprised that that’s what Patrick did.”.

“My son summed it up best when he said, ‘When Patrick smiled at you you couldn’t help but smile back,'” Nelson said.

“He would always pick your brain about stuff. He was always interested in knowing what you thought about something even if it was a case we weren’t working on together, he would run stuff by people,” Nelson said. “He would enjoy the analysis and the give-and-take of trying to figure things out.”

White and his wife Molly were active at Christ Church United Methodist during their time in Charleston. They moved to North Carolina so Molly could attend seminary. Her church held a candlelight vigil in her husband’s honor Wednesday night.

Nelson said there appears to have been no signs that the situation Monday was going to turn violent. The mediation started around 9:30 a.m. and the shooting occurred around 4 p.m.

“It’s just an unthinkable situation to have happen, Particularly, since what I read from the accounts, since there wasn’t any animosity or it wasn’t a heated day,” Nelson said.

White leaves behind his wife and two children.