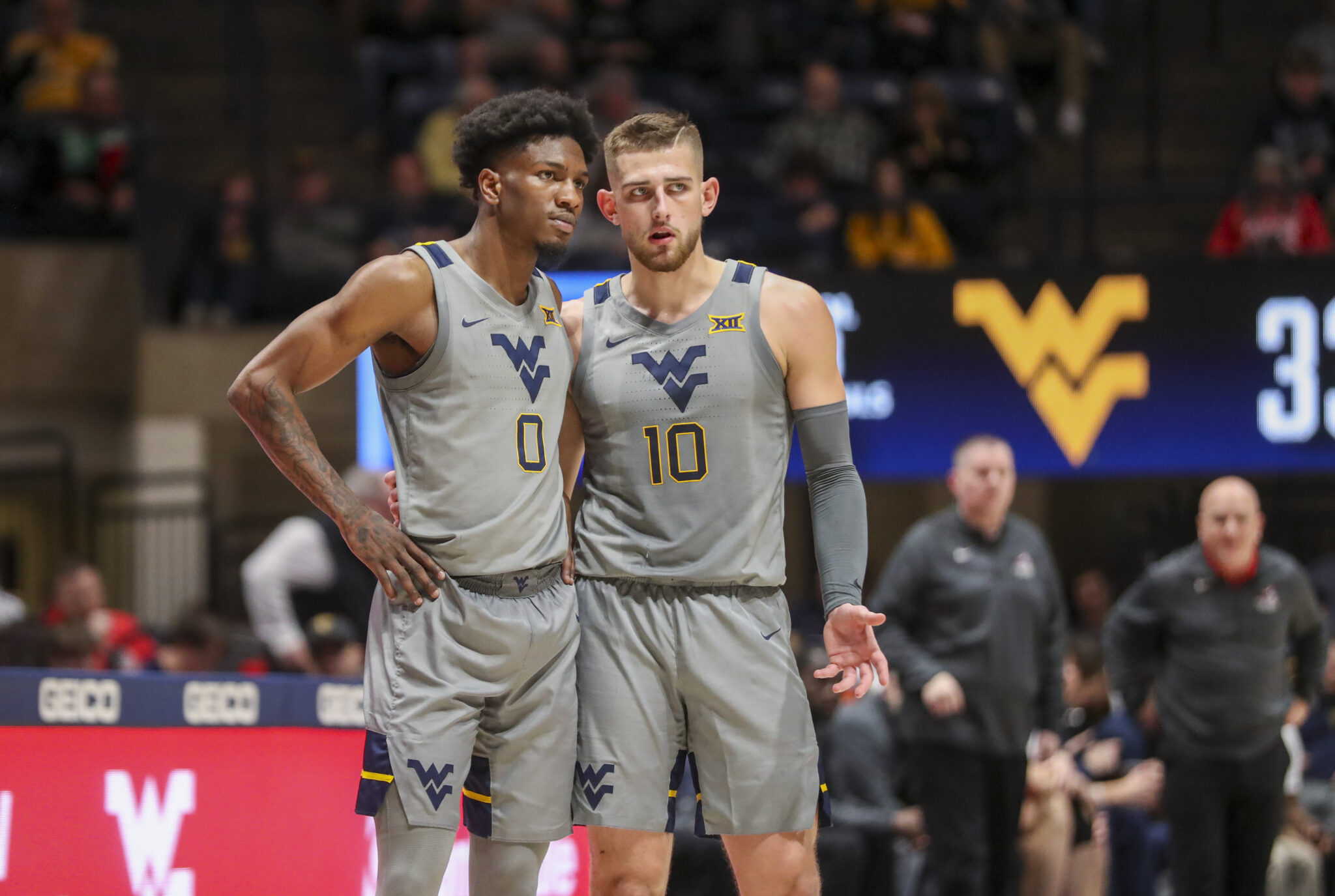 MORGANTOWN, W.Va. — The consensus from head coach Bob Huggins and guards Erik Stevenson and Joe Toussaint was West Virginia didn’t like the majority of what transpired Thursday during a 75-64 victory over Stony Brook.

In a game West Virginia was favored by 26.5 points in, the Mountaineers went to halftime with a four-point advantage and didn’t lead by double figures until 10:44 remained.

Even after a strong second-half stretch created a 60-41 advantage at one point, WVU failed to close out the Seawolves in the fashion it desired, allowing Stony Brook to trail 66-57 before Seth Wilson’s 3-pointer all but sealed the outcome.

“It wasn’t pretty at all,” Toussaint would say afterward. “We definitely have to tighten up on a lot of things, but I’m glad we got the win.”

In addition to picking up a 10th victory, one of few positives in the performance was the effectiveness of a four-guard lineup Huggins utilized for large stretches of the second half. It consisted of the team’s two primary point guards — Toussaint and Kedrian Johnson — along with Stevenson and Wilson.

That quartet combined for 55 points and the aforementioned players were West Virginia’s four-leading scorers, led by Johnson’s career-high 18 points, Stevenson’s 16 and Toussaint’s 12.

Thirty-nine of the 55 points came after halftime, including all of the combined 21 scored by Toussaint and Wilson along with Stevenson’s 12.

Wilson entered with WVU leading 41-35 with 13:50 remaining and never came back out. Although Stevenson came off the floor when Wilson checked in, he returned 42 seconds later for Tre Mitchell, who sat for a stretch of 10-plus minutes while one of Jimmy Bell, Mohamed Wague and James Okonkwo was the post presence.

The Seawolves had 10 of their 14 turnovers during the first half, but the Mountaineers consistently picked up defensively in the backcourt in the second half. By applying three-quarter court and full court pressure, WVU got the game up-and-down and played at more of its preferred pace, which helped lead to a 16-5 edge in fast break points.

“The only negative is us not rebounding, and every guard on the team, I feel like can rebound. That’s the only problem we might have, but on the outside, I love it. We can switch everything and pressure the ball like we did.”

West Virginia finished even on the boards at 33 apiece with a Stony Brook squad that didn’t lack height, though the Mountaineers out-rebounded the Seawolves 18-13 over the final 20 minutes.

As Emmitt Matthews Jr. continues his recovery from a left knee injury sustained December 10 against UAB, Huggins has gotten a look at different lineups, including inserting Kobe Johnson into the starting five in Matthews’ place each of the last two games.

Though Huggins was noticeably frustrated with his team’s effort in its final game before beginning Big 12 play, he didn’t dispel the idea of displaying more four-guard lineups in the future.

It makes the Mountaineers a more undersized bunch, but Stevenson believes it’s something WVU can utilize in the future as it prepares for stiffer competition in league play. However, he says a guard-oriented lineup requires offensive adjustments more than anything.

“We for sure can throw that out there come conference play,” Stevenson said. “There’s a handful of teams that I know off the top of my head that have a 4-man that we could have a guard on and be just fine. More so, we’re going to have to figure out what we’re going to do offensively with four guards in the game — whether it’s dribble weave into a ball screen, space it and drive it, run our motion and do different tweaks with it.

Sports
Jeff Hostetler, Mike Carey entering West Virginia Sports Hall of Fame in May
After a strong career at West Virginia, Hostetler went on to serve as quarterback for a Super Bowl-winning team. Carey enjoyed a wealth of success coaching Salem's men's basketball at Salem before turning around WVU's women's program.
By MetroNews
Sports
Marshall prevails with 66-58 victory at Appalachian State
The Herd have struggled with free throws this season, but came through in a big way Thursday night by making 15-of-18 attempts.
By MetroNews
Sports
Tucker County stands tall in 64-34 victory over East Hardy
The Mountain Lions had more success against the Cougars' 2-3 zone than during an earlier meeting this season. Tucker County hit eight 3-pointers and scored 18 points off free throws as it opened up a comfortable lead in the second quarter and never looked back.
By Greg Carey
Sports
Dean nets 26 as Chapmanville wins at Winfield, 61-50
Chapmanville improved to 13-1 and extended their win streak to eight games.
By Joe Brocato