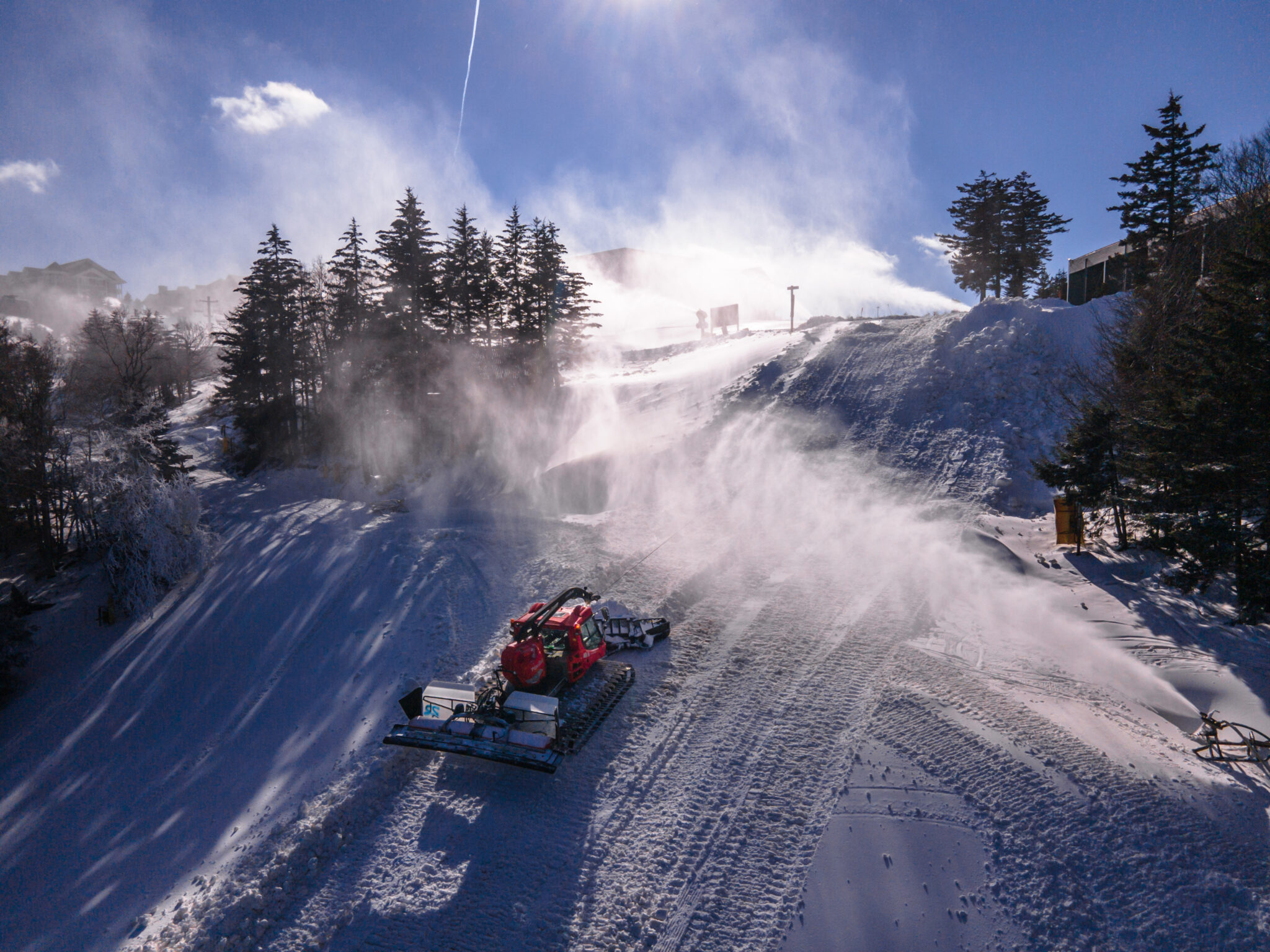 Snowmaking has been at full tilt at all of the state's resorts this week during extreme cold weather. PHOTO: Snowshoe Mountain Resort

GHENT, W.Va. — Although the weather plunged West Virginia into a deep freeze last week, it put the state’s ski industry on a path toward a strong start to the winter season.

“Cold temperatures we’ve had allowed snowmakers to really turn it on and be really efficient in their ability to cover the slopes,” said Tom Wagner, President of the West Virginia Ski Areas Association. “Right now, it’s the week between Christmas and New Year’s and everybody is open.”

The timing of last week’s cold weather was perfect to prepare the slopes for the anticipated holiday visitors. Although high winds last Friday forced a temporary halt to lift operations, Wagner said it was for the best.

“We had wind chills in excess of minus 43 degrees and it’s really raw to be out there, so from a safety standpoint it made a lot of sense for some people to do that,” he explained.

But the snow making operations continued around the clock and put everything in great shape for visitors. This week is an important one for the industry since it’s the peak time for people being off work and out of school to plan a trip to the mountains for skiing, snowboarding, or snow tubing.

“A majority of the population has time off right now. Schools are on break, universities are out, and winter fun on the slopes is one of the things everybody looks for at this time of year, so we’re seeing that happen,” Wagner said.

Plus he added the scenery is part of the draw.

“The beautiful winter environment we’ve got right now, when you look out your window the mountains are blanketed in white. We’re going to seen an active ten days coming into the first of the new year,” he said.

News
MetroNews This Morning 1-27-23
Summary of West Virginia news/sports/weather for Friday, January 27, 2023
By MetroNews Staff
News
Former Ohio County Police Chief dies
Burgoyne spent time in the FBI before becoming a sheriff.
By Jarrett Lewis
News
Jan. 6 defendant Tanios of Morgantown is set for sentencing
Prosecutors are asking only for the jail time that Tanios has already served, and officer's surviving family members will provide victim impact statements.
By Brad McElhinny
News
Prosecutor rules Charleston officer acted in self-defense
The officer has been cleared to return to work.
By Jarrett Lewis